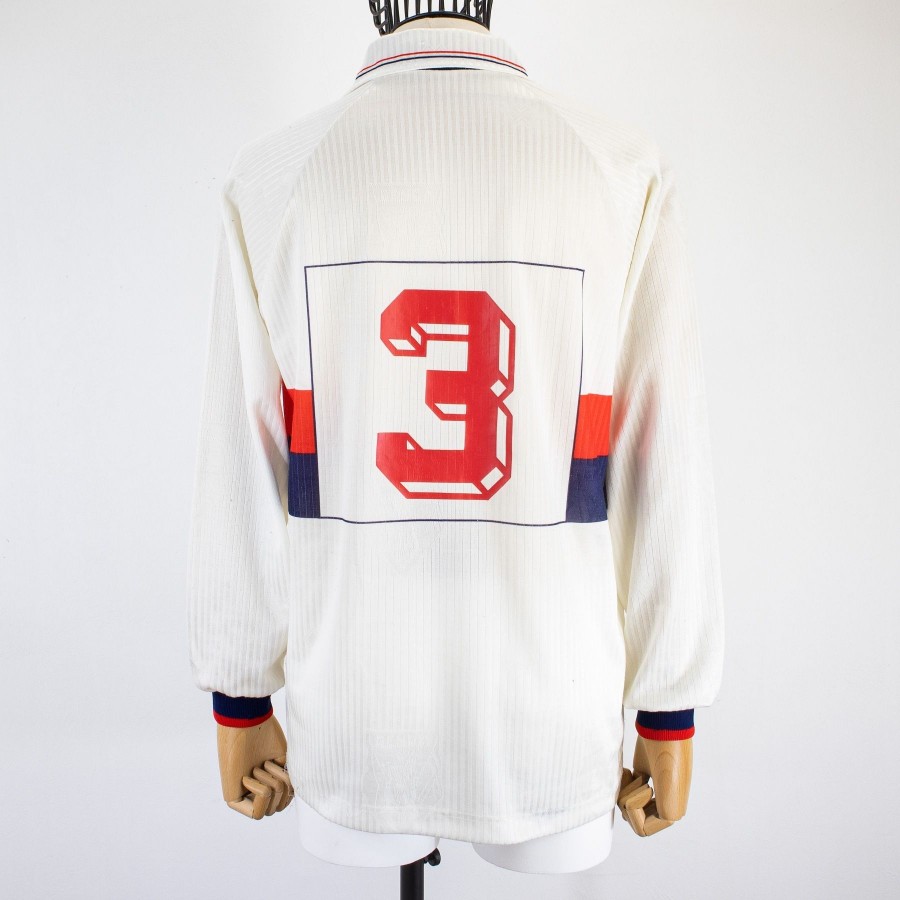 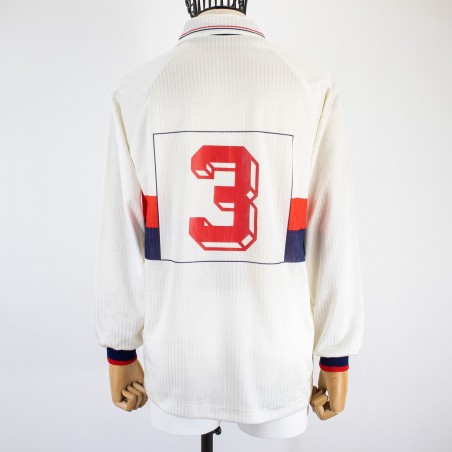 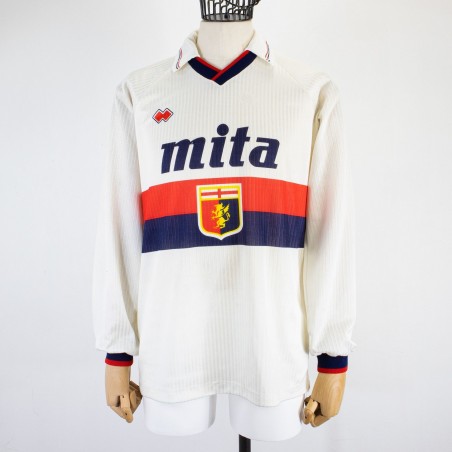 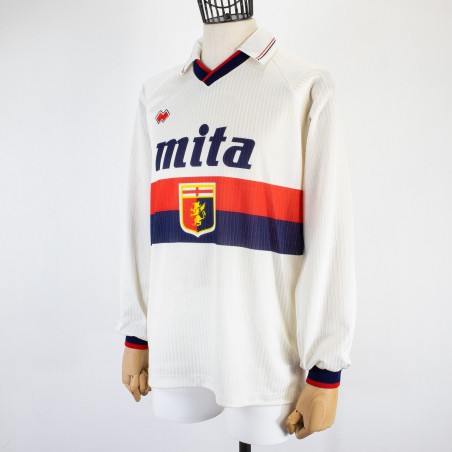 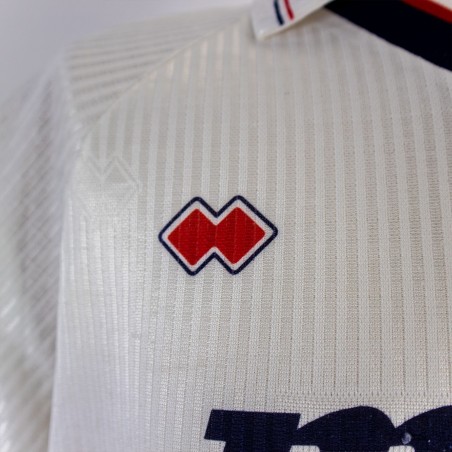 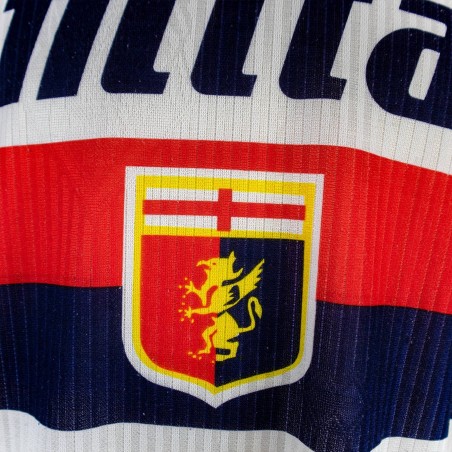 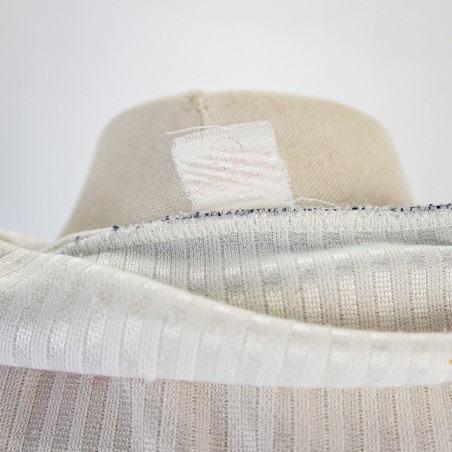 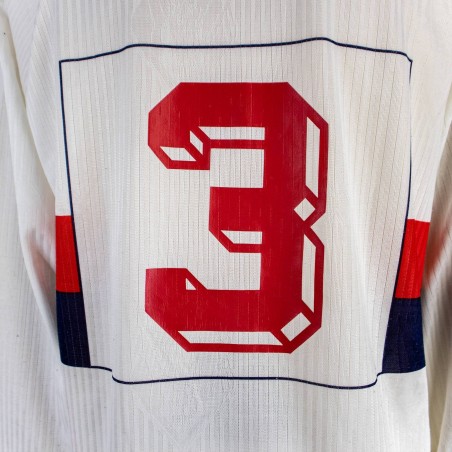 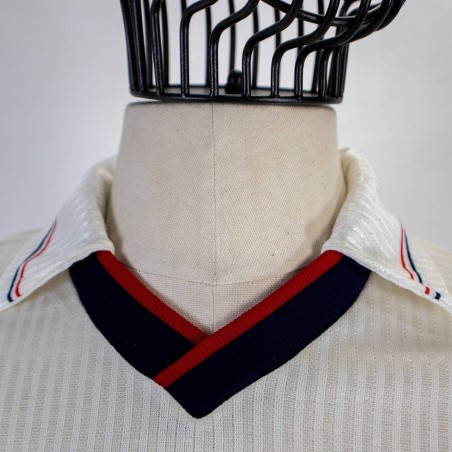 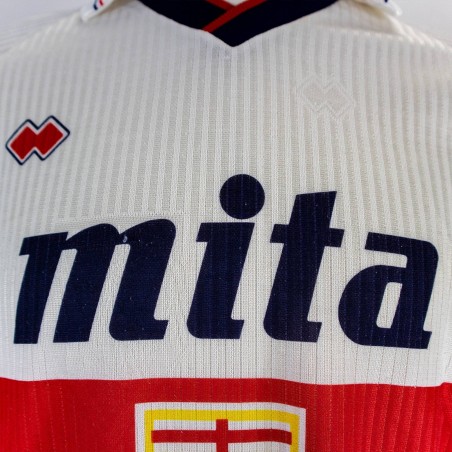 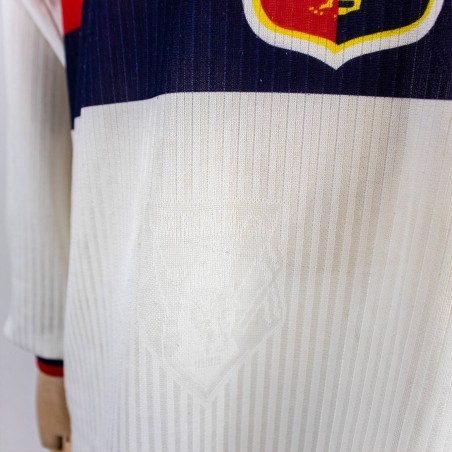 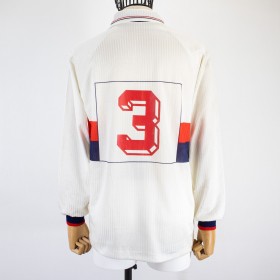 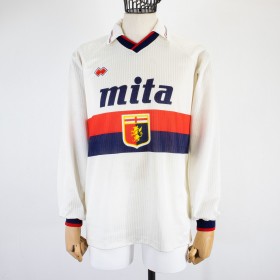 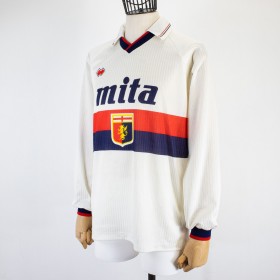 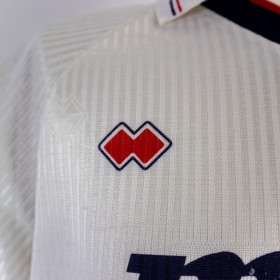 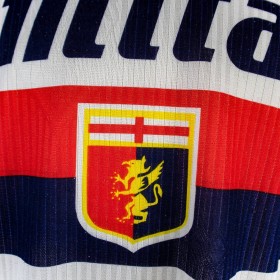 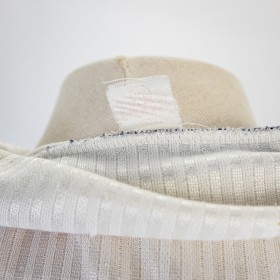 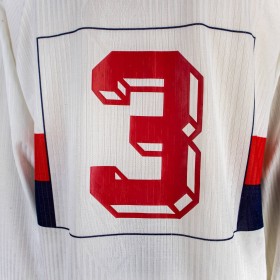 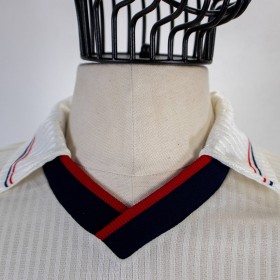 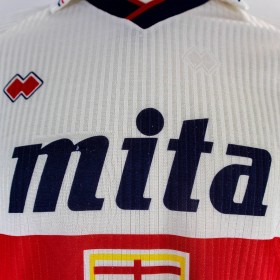 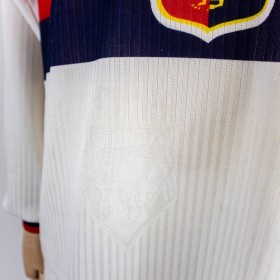 Genoa Away jersey 1990/1991 season made by Erreà. White with red blue central band, long sleeve model. White turn-up collar. Main sponsor Mita imprinted in sublimation. The product is in fair condition, small unstitching on the hem of the back

Genoa ended the 1990/1991 season in fourth place, the best ever post-war result, which brought the Ligurians to the UEFA Cup