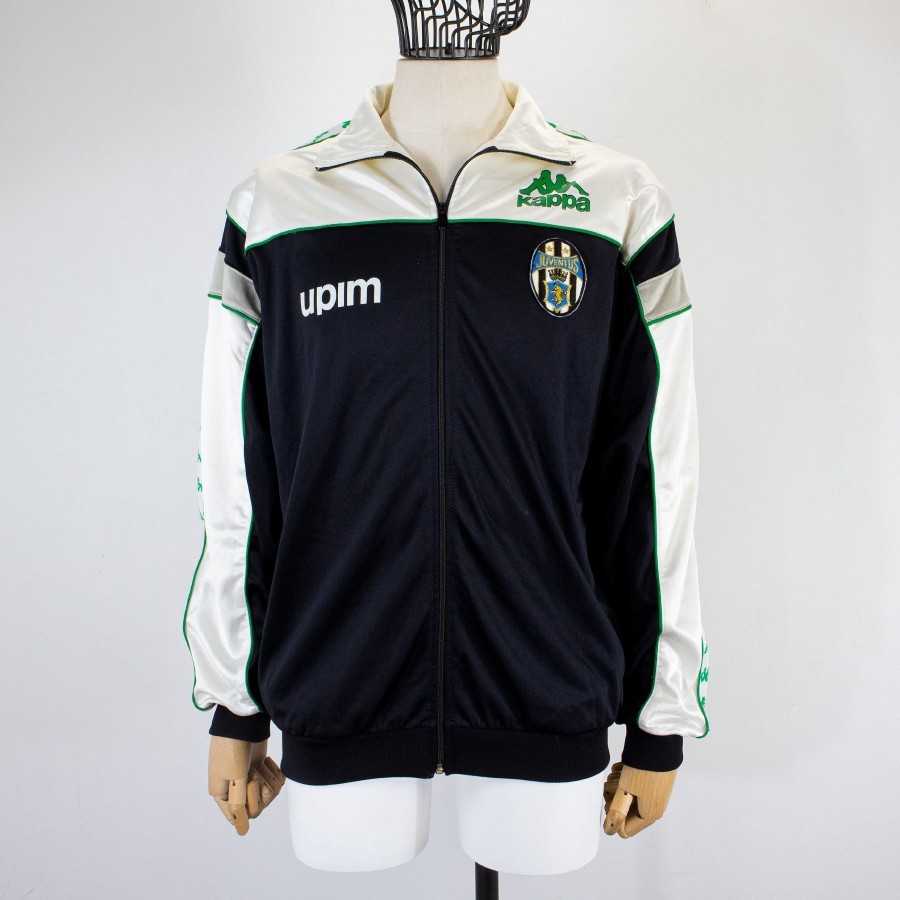 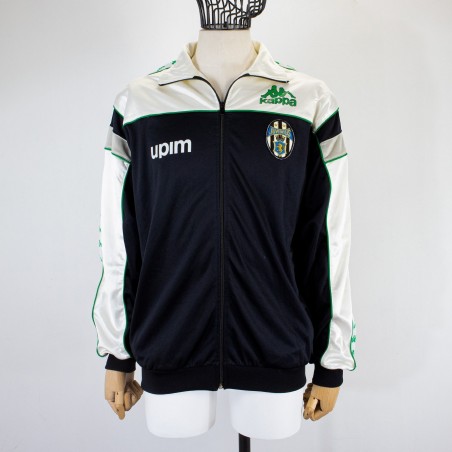 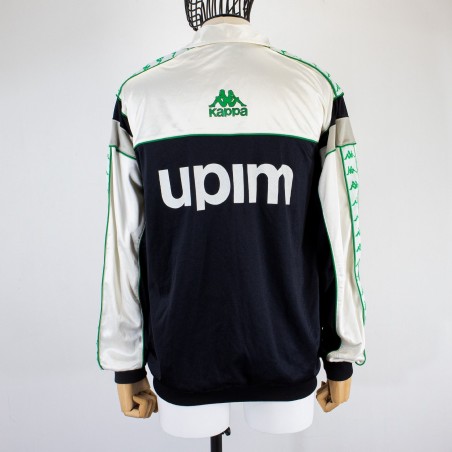 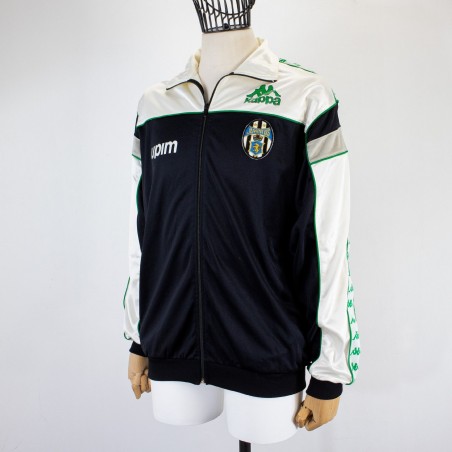 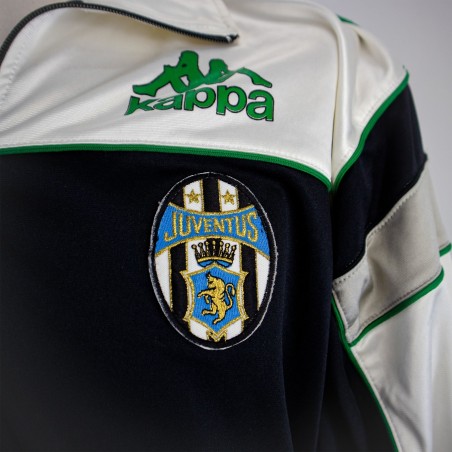 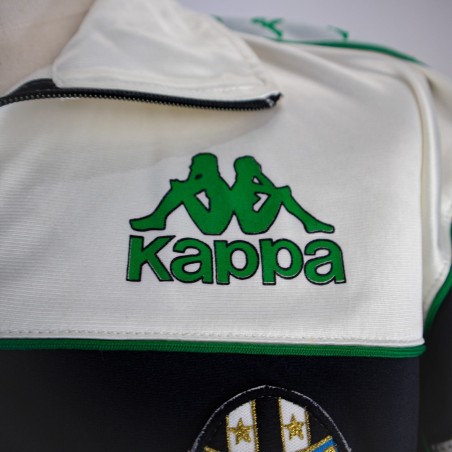 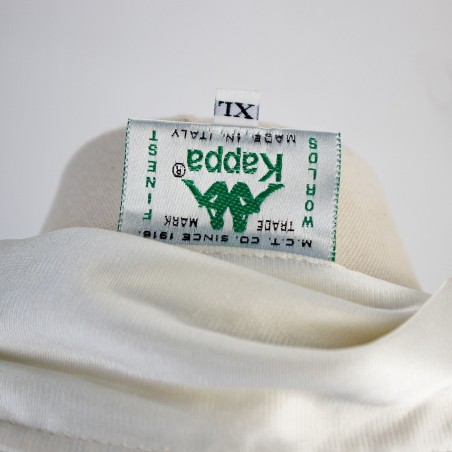 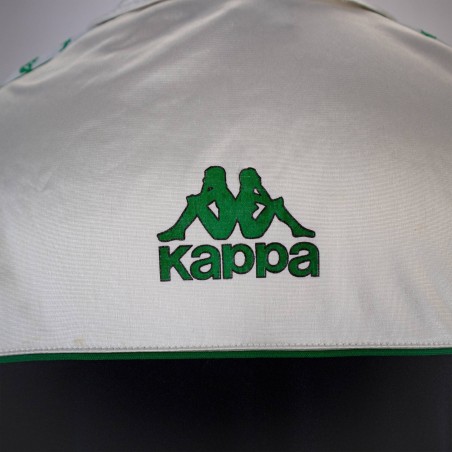 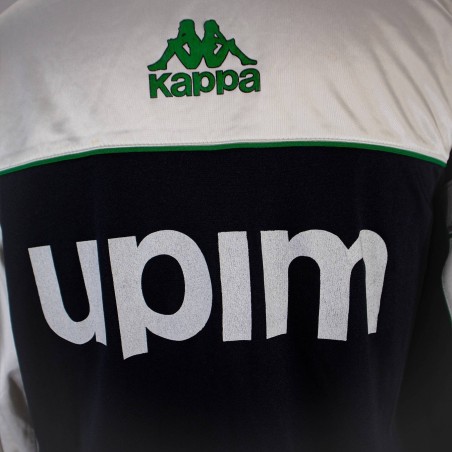 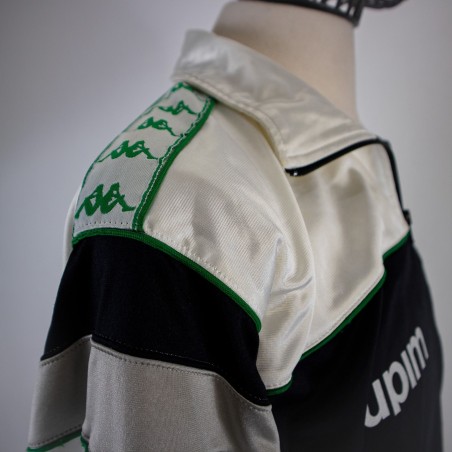 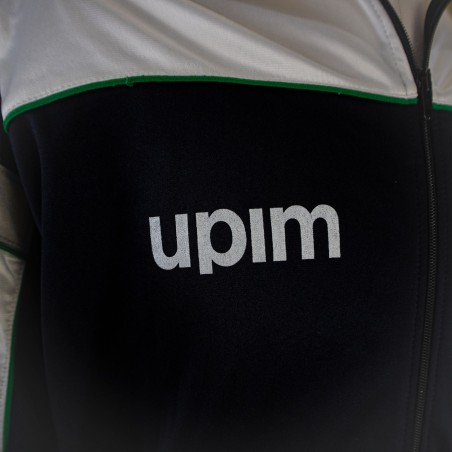 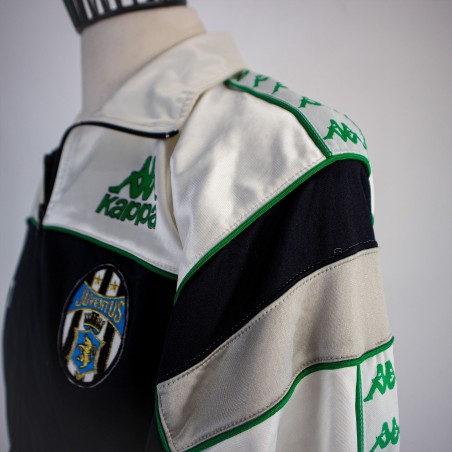 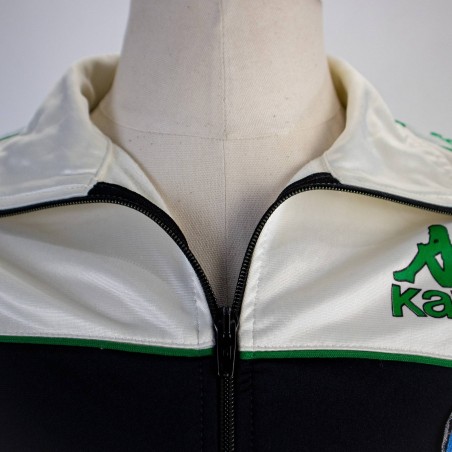 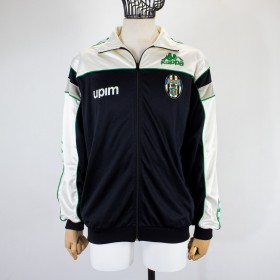 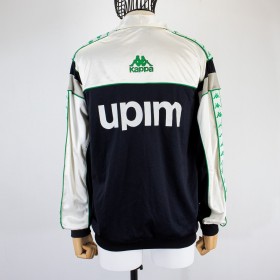 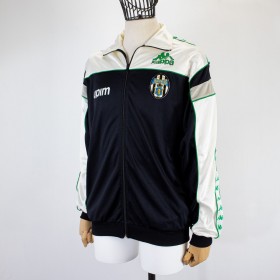 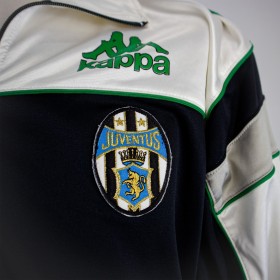 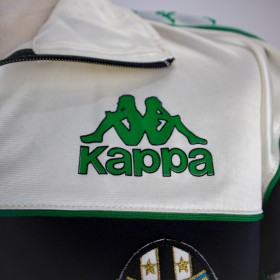 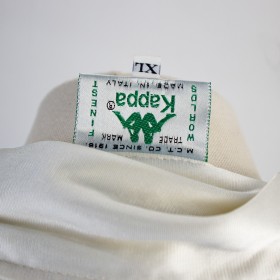 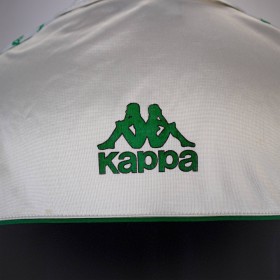 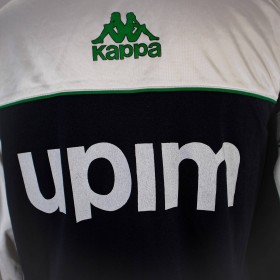 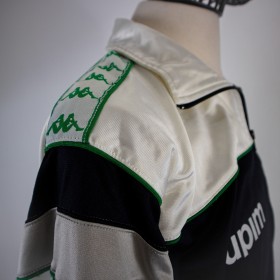 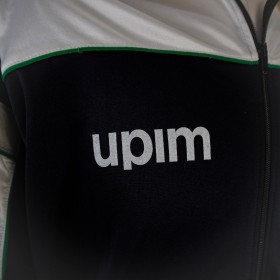 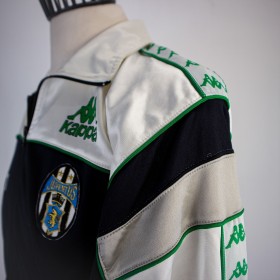 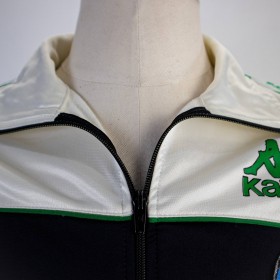 The jacket is in good condition, the fabric is intact and has the original characteristics, soft to the touch, with intact seams, no halos and color discontinuities.

The first Juventus black and white tracksuit designed by Kappa, once again a leader in sportswear, combines the traditional black and white with green and gray references, colors that we have long been accustomed to seeing in the Juventus look. Composition 47% Triacetate, 53% Polyamide. Complete with stitched Juventus logo.

Juventus led for the second consecutive year by Dino Zoff in the Championship cannot go beyond fourth place in a tournament dominated by Maradona's Napoli. The Uefa Cup victory in the all-Italian Final against Fiorentina of Roberto Baggio, promised spouse of Juventus, is celebrated. Double also this season thanks to the victory of the Italian Cup against Sacchi's Milan.

CLASSIFICATION IN THE CHAMPIONSHIP: 4th place