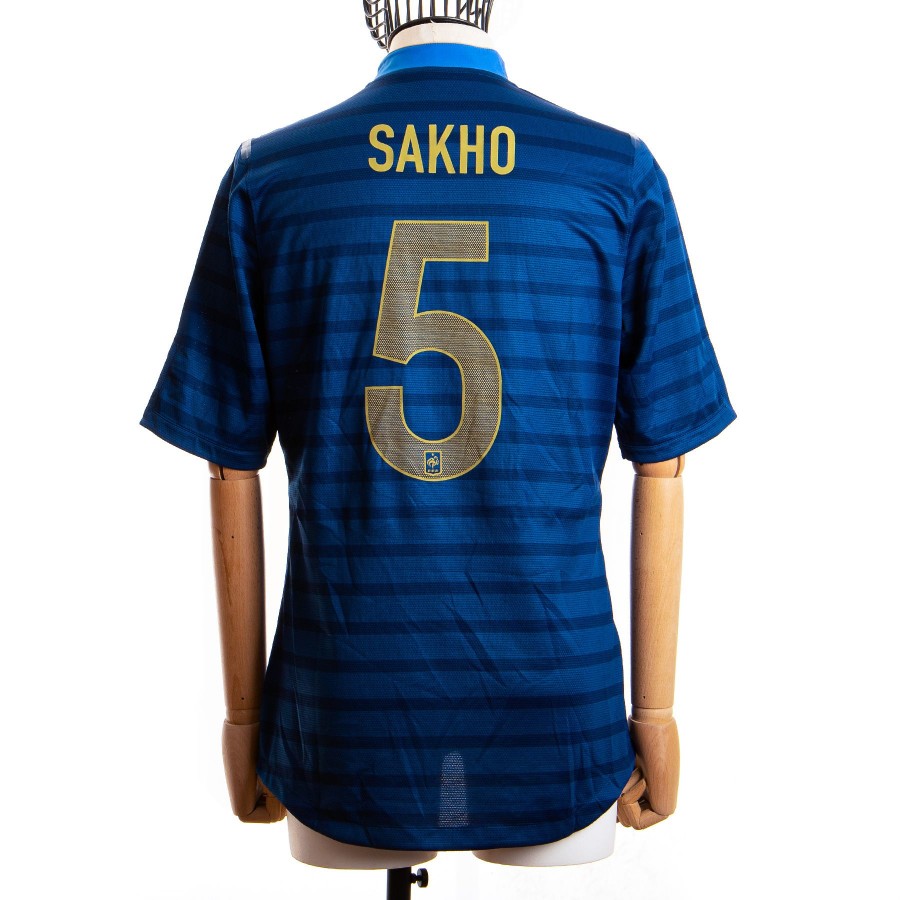 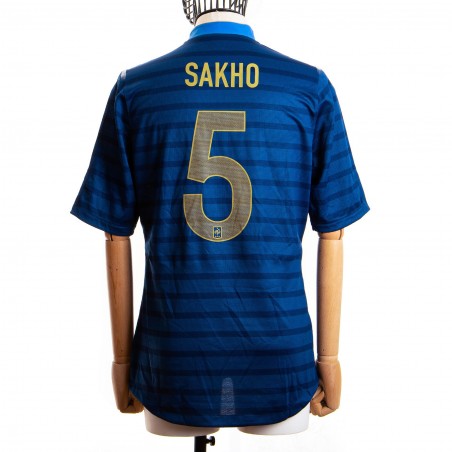 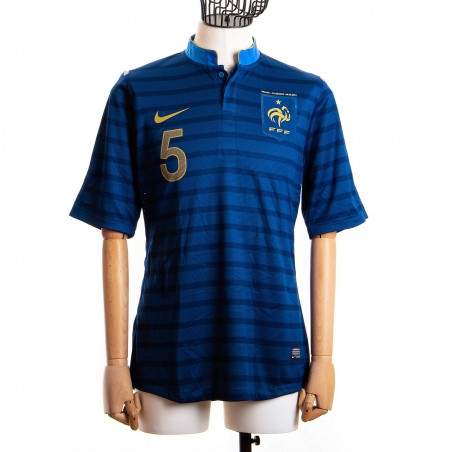 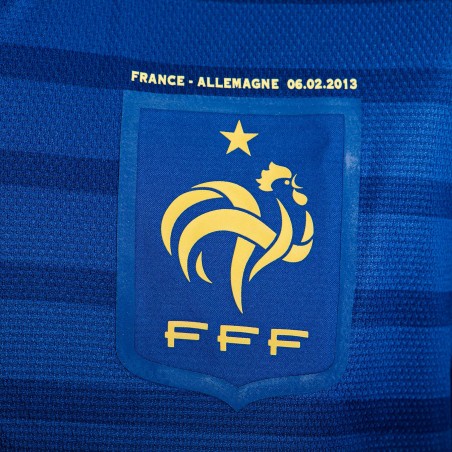 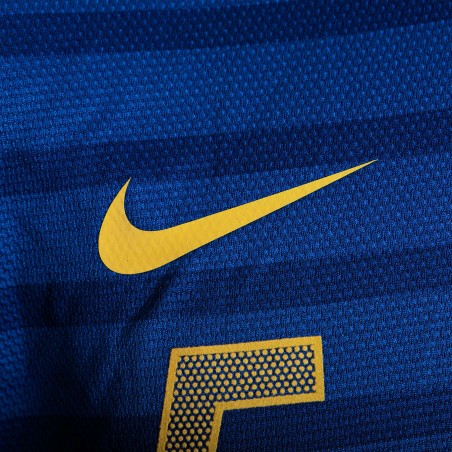 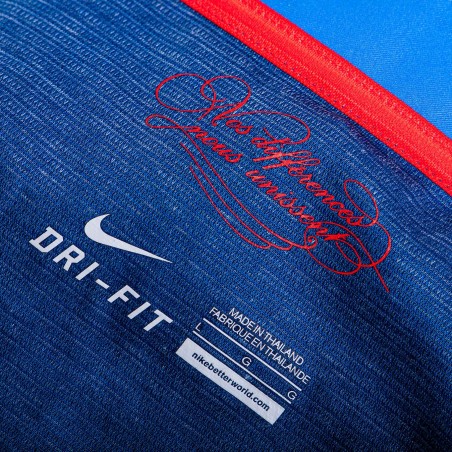 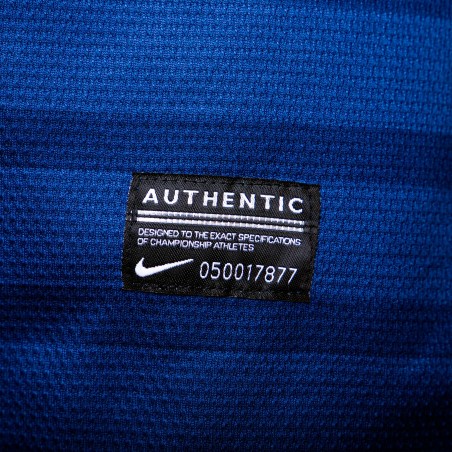 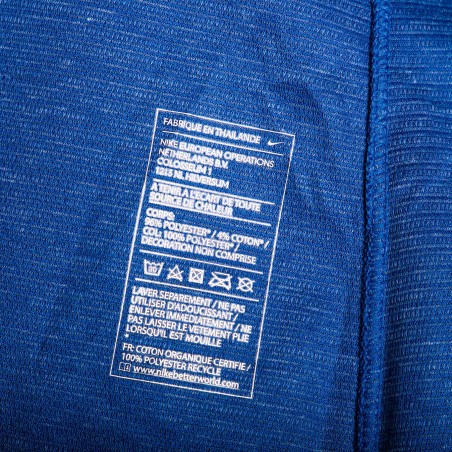 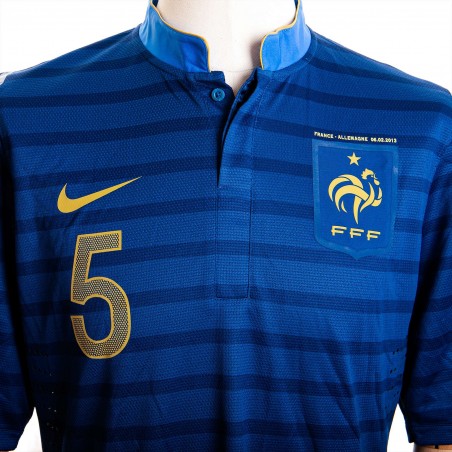 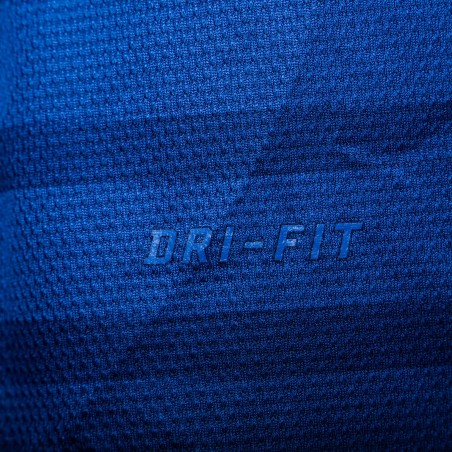 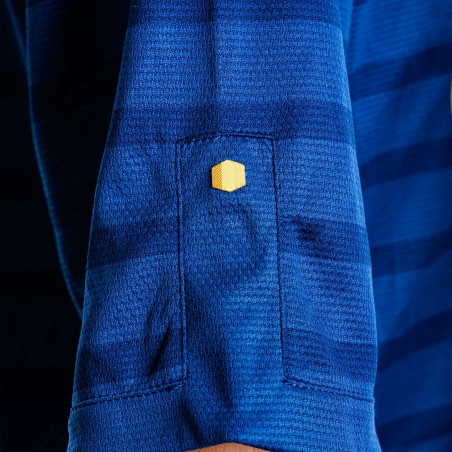 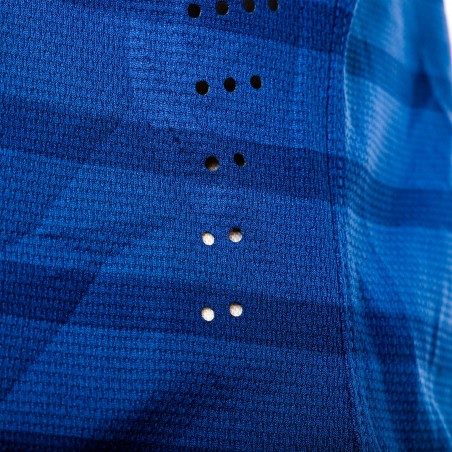 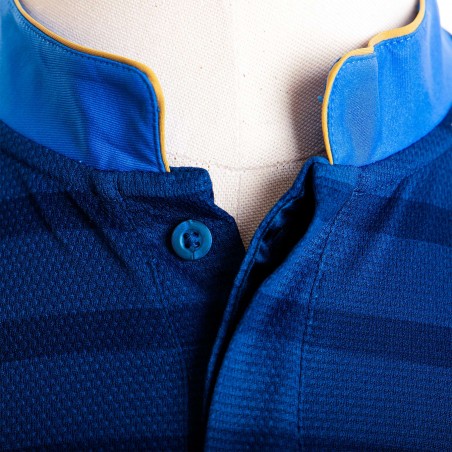 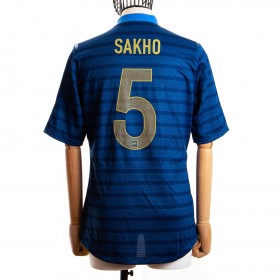 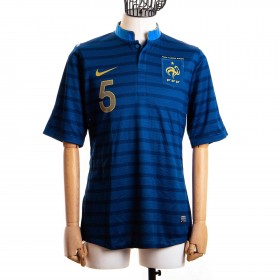 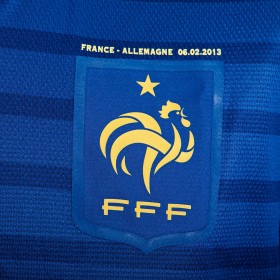 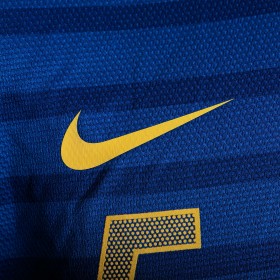 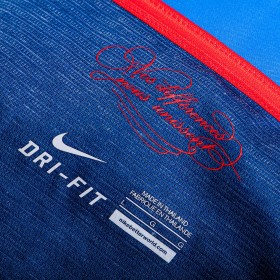 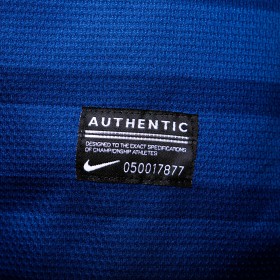 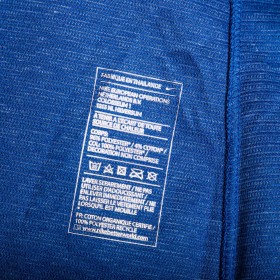 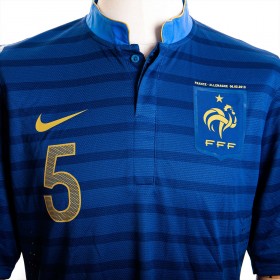 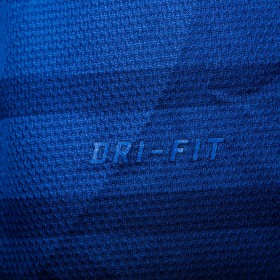 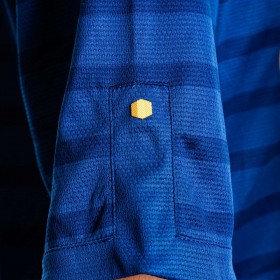 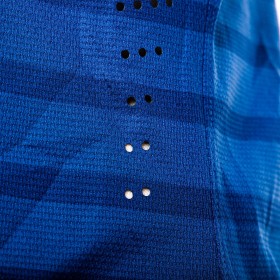 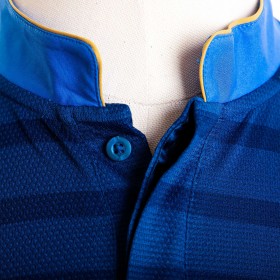 Home Jersey of France period 2012-2013 with long sleeves in blue color with red and white inserts by defender Sakho. Korean polo neck with buttons, logo of the French Federation sewn on the heart side together with the lettering FRANCE-ALLEMAGNE 06.02.13 and Nike logo applied on the right side together with the number 5 in gold. On the back are printed SAKHO lettering and number 5.