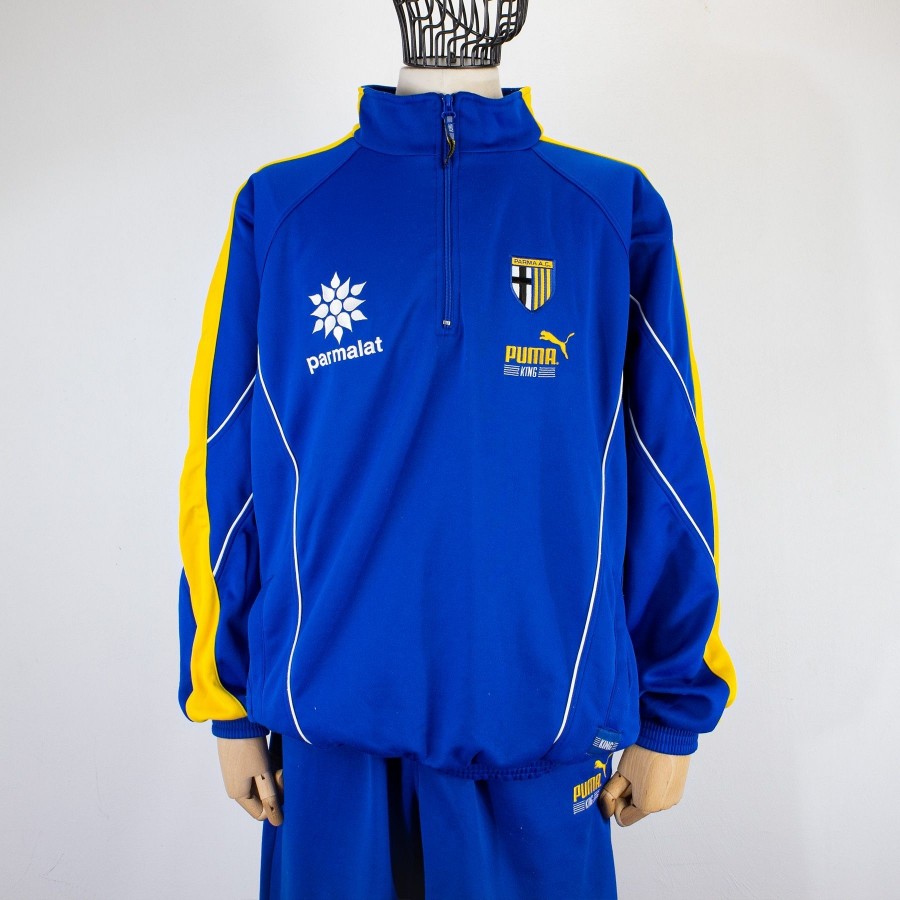 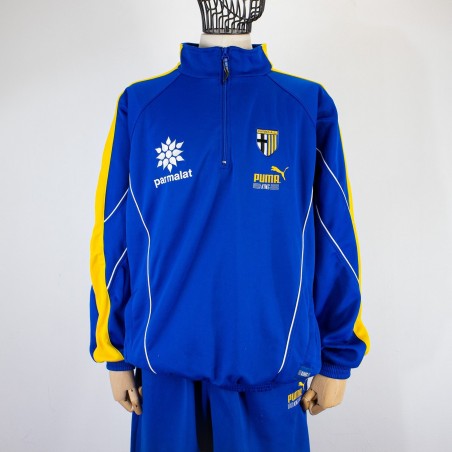 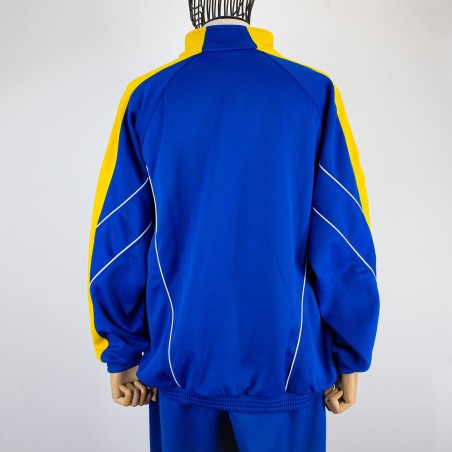 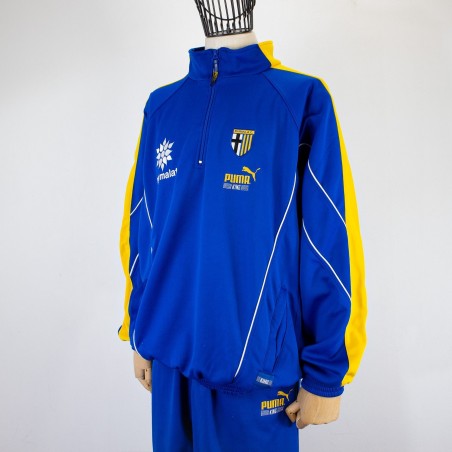 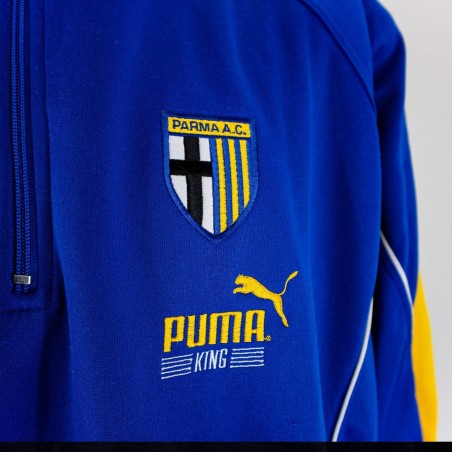 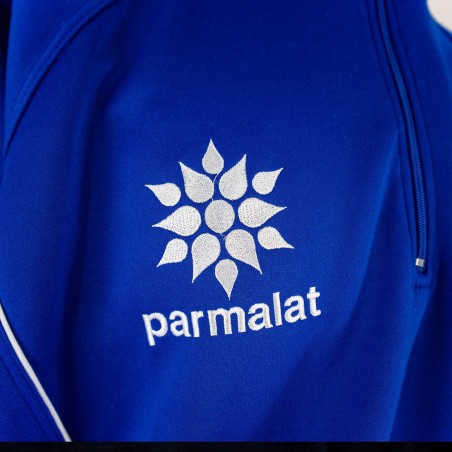 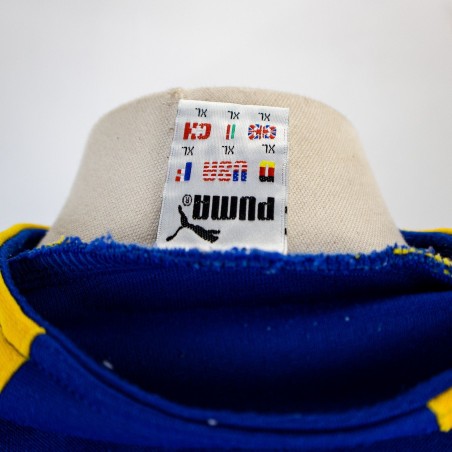 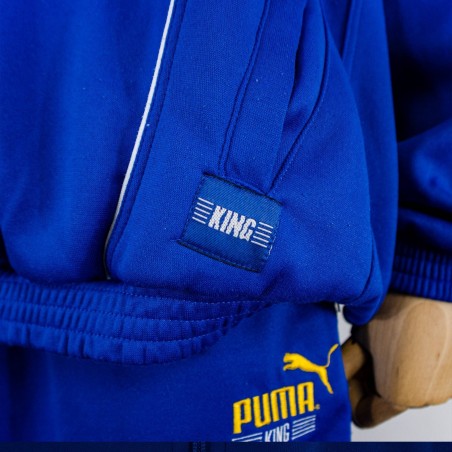 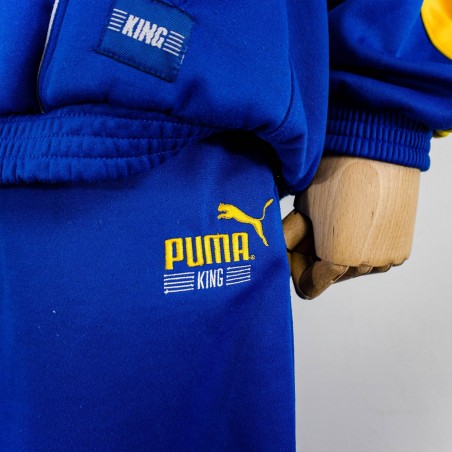 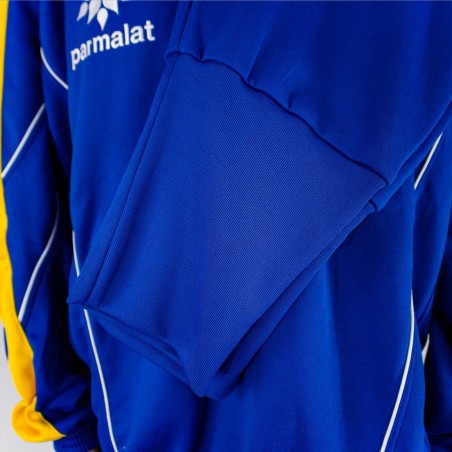 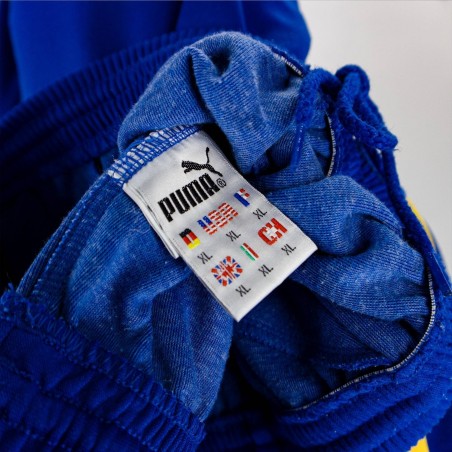 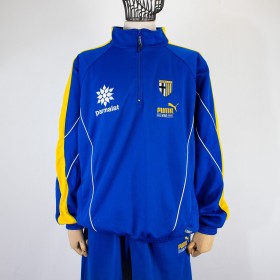 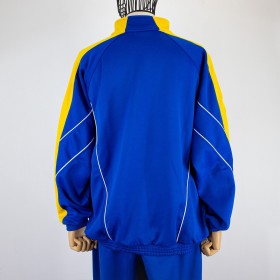 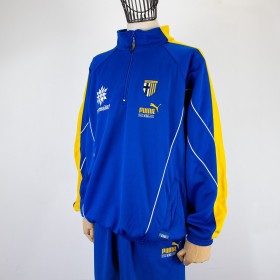 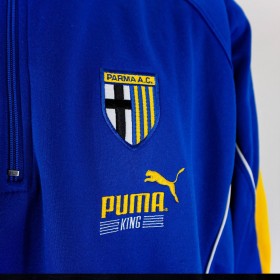 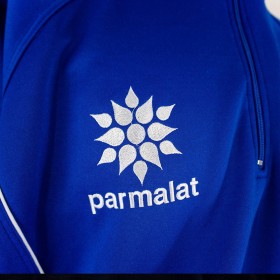 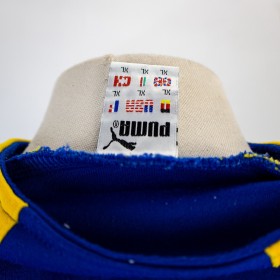 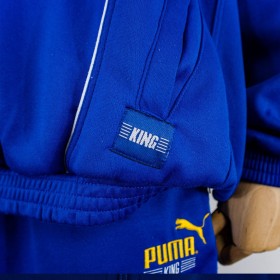 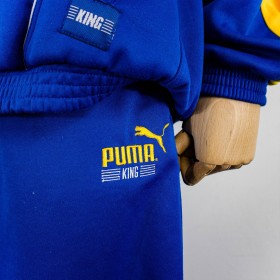 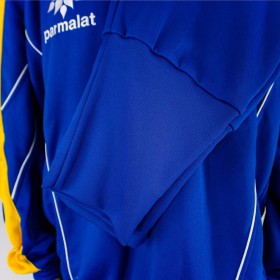 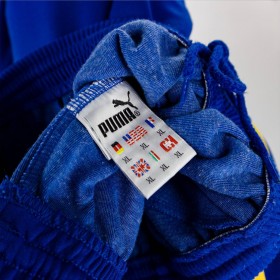 Parma training suit made by Puma for the 1995/1996 football season. Produced in excellent condition without defects or discontinuities in the fabric and in the applications. 90s clothing from Parma football for collectors. Puma King line.