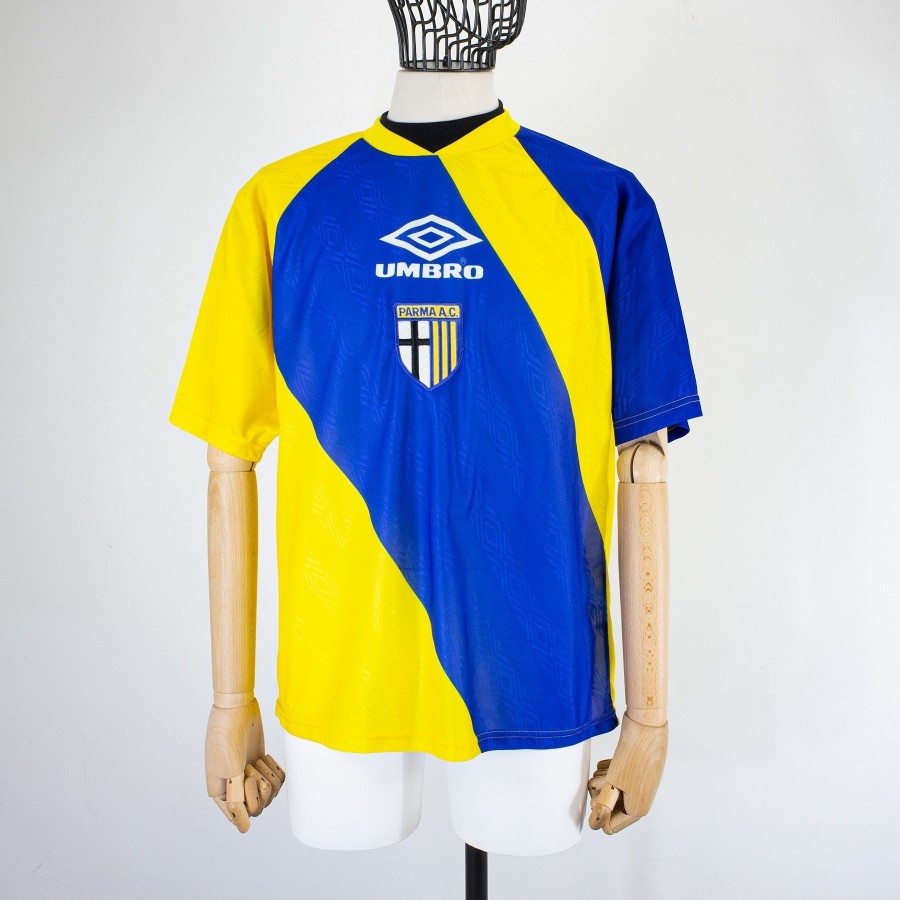 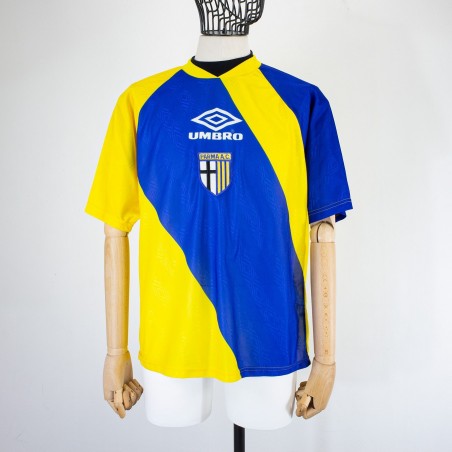 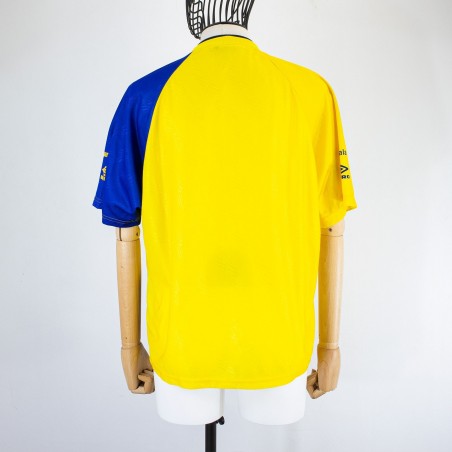 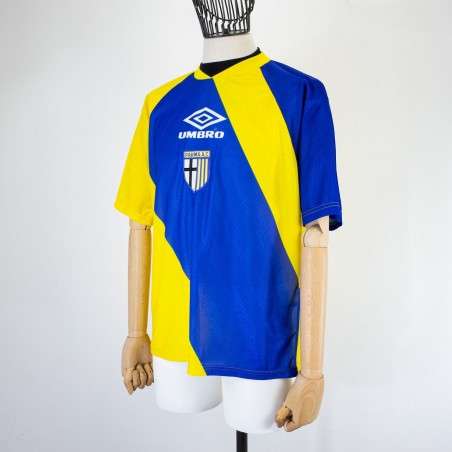 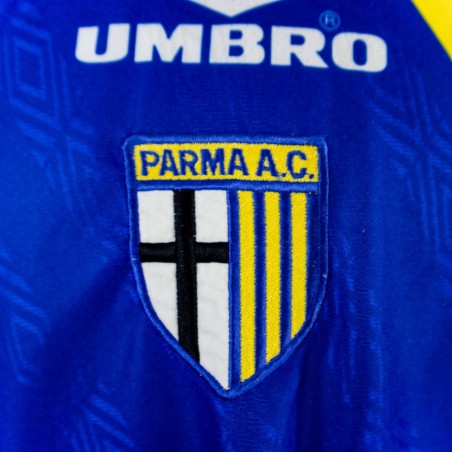 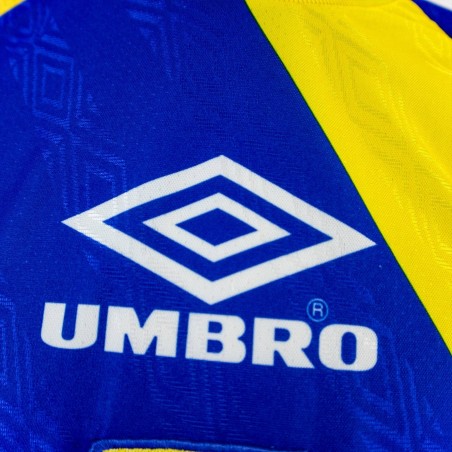 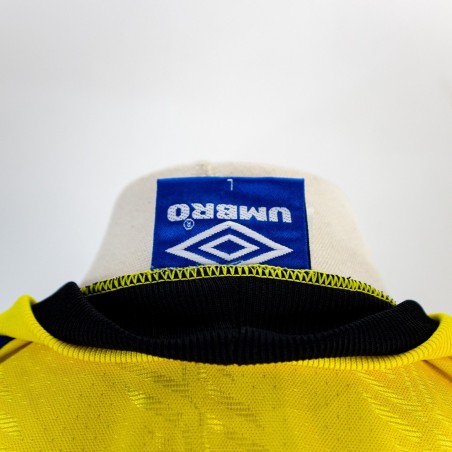 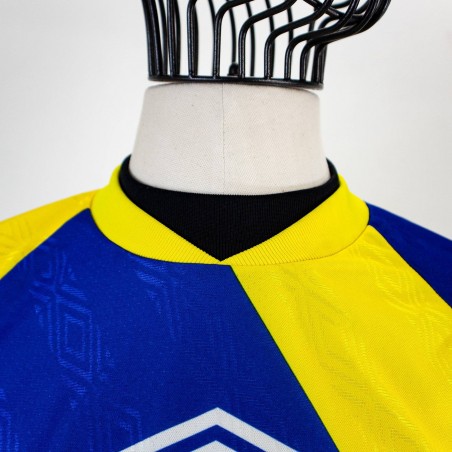 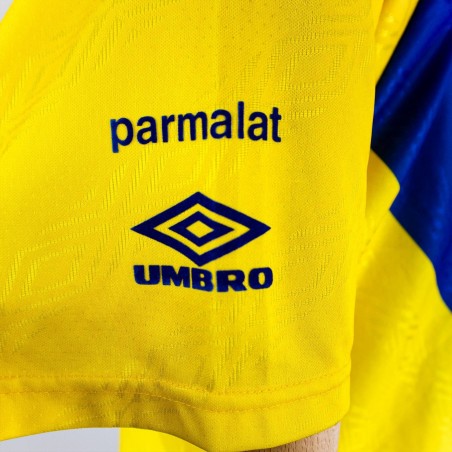 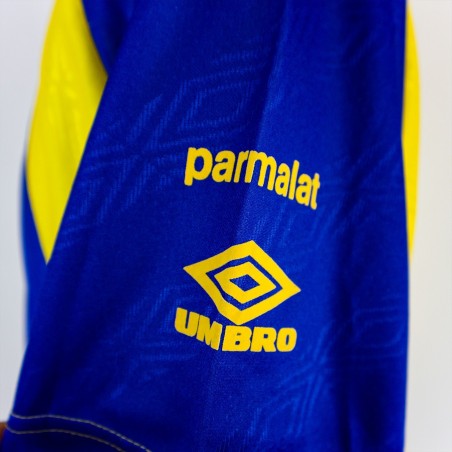 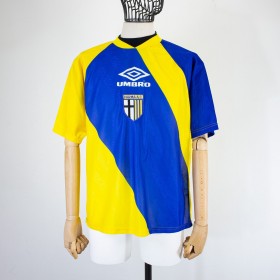 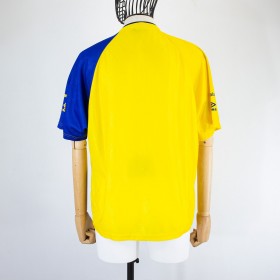 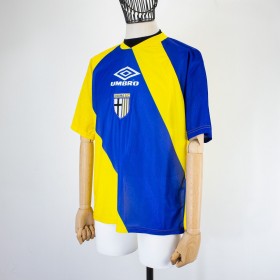 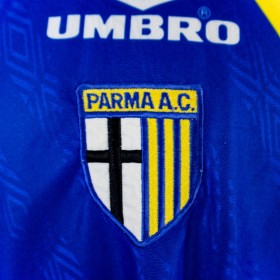 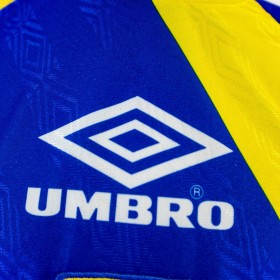 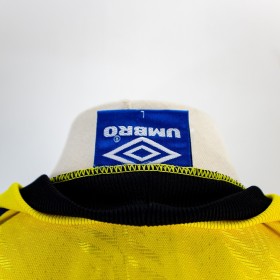 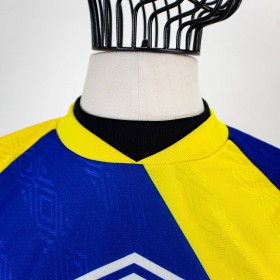 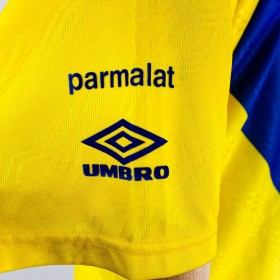 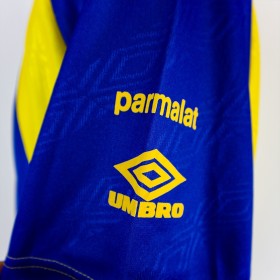 Parma T-shirt produced by Umbro at the beginning of the 90s. The product is in fair condition, the fabric and the rib are intact, the sponsors' applications and the Parma AC lettering painted have various fading.

The three foreigners in pink among the ducals in the 1991/1992 season were Brolin, Grün and Taffarel, respectively of Swedish, Belgian and Brazilian nationality. Fundamental elements of Parma and the national teams of their countries.TOP PLAYERS: Brolin, Melli, Grün, Bia, Taffarel

CLASSIFICATION IN THE CHAMPIONSHIP:  7th