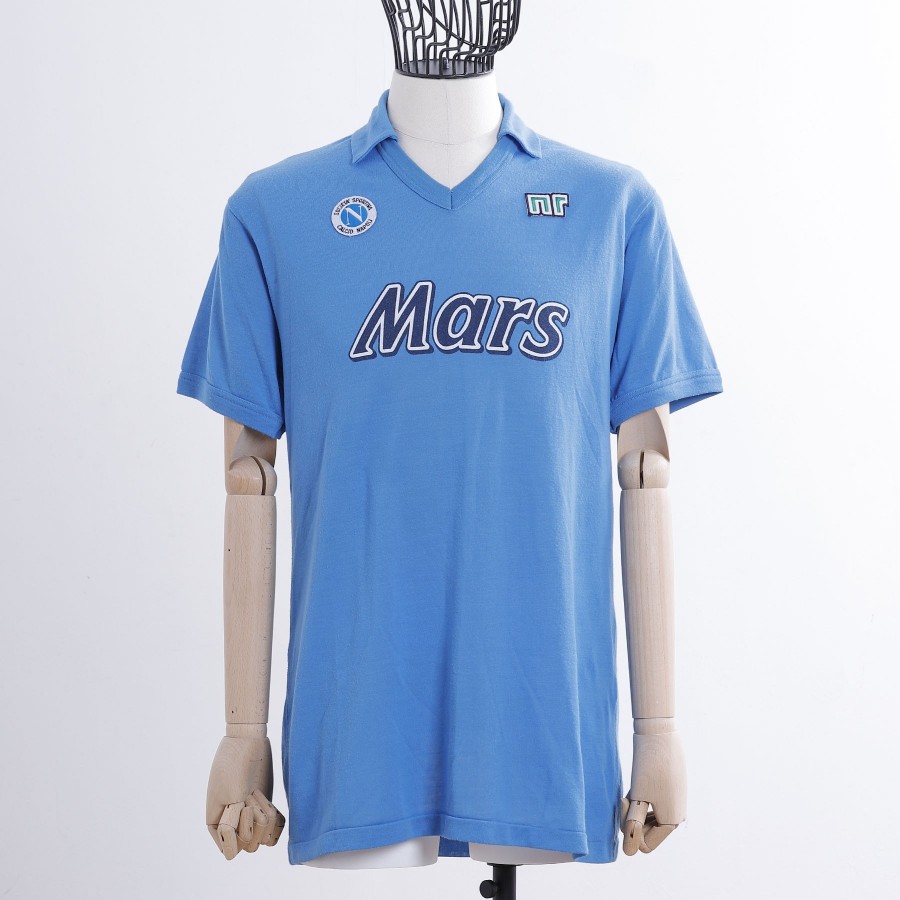 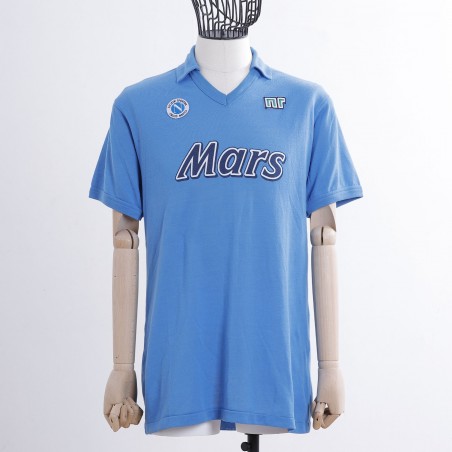 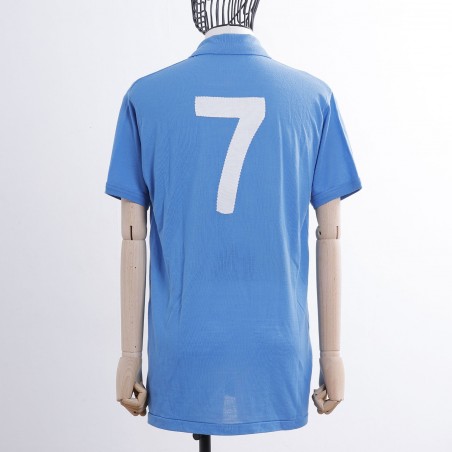 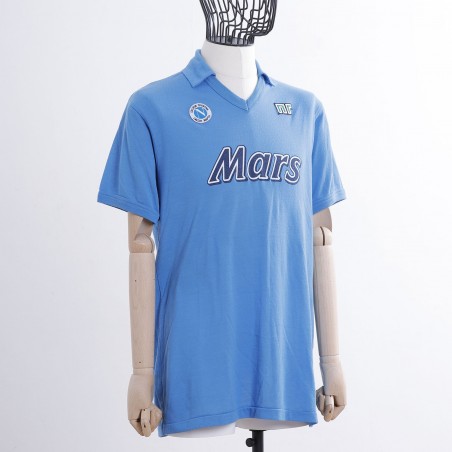 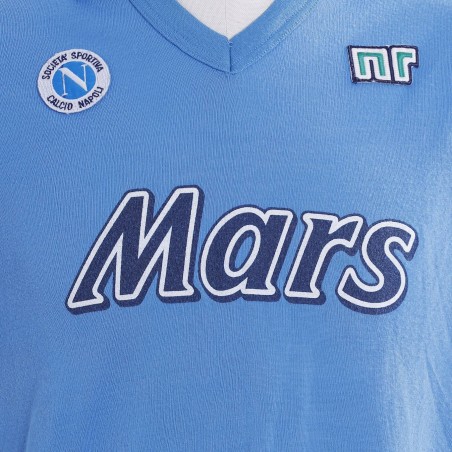 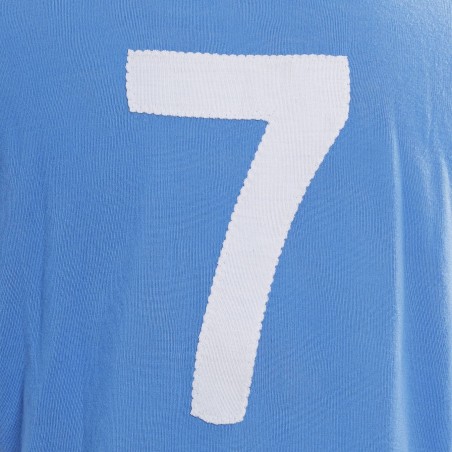 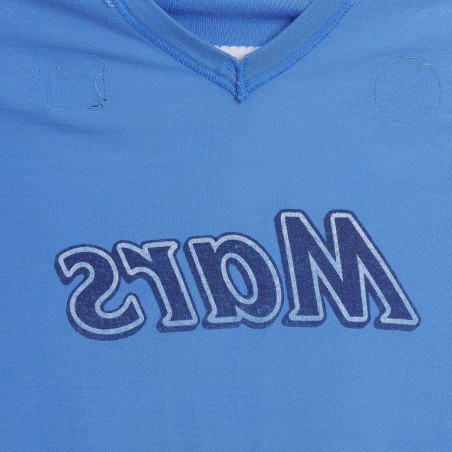 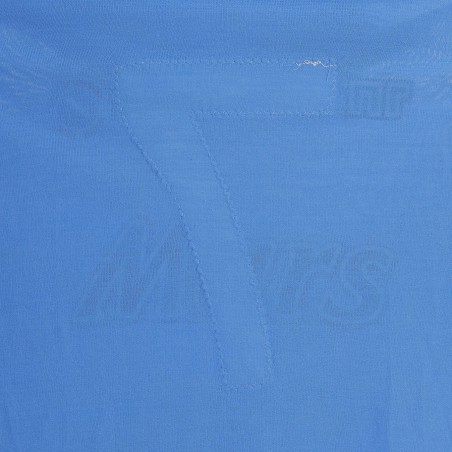 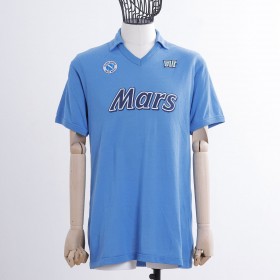 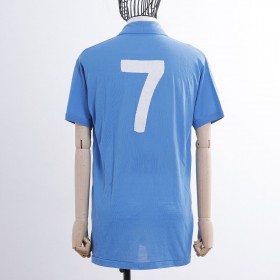 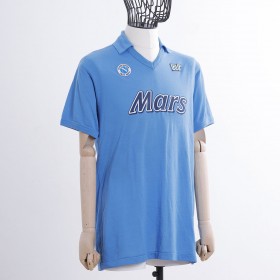 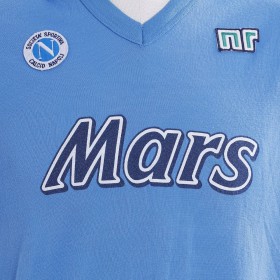 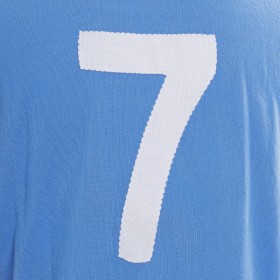 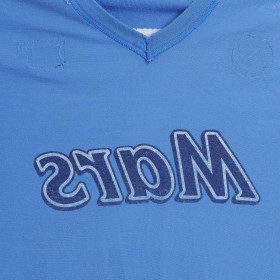 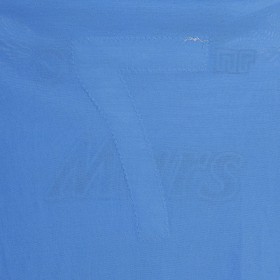 Short sleeve shirt in light blue color. Lightweight cotton fabric. The shirt features the Ennerre logo sewn on the left side, Mars sponsor painted in black. Number 7 sewn on the back of the shirt with the Zig Zag stitching style.

"
Corrado Ferlaino was definitely a historical figure for Neapolitan football. In 1969, thanks to the support of the former Neapolitan president Achille Lauro, he was elected president. During his management, which lasted 31 years, Napoli won two league titles (1986-87 and 1989-90), a Uefa Cup (1988-89), an Italian Cup (1986-87) and an Italian Super Cup (1990). . In 2000, 50% of the shares were sold to the entrepreneur Giorgio Corbelli. In 2002, the remaining part of the shares held by Ferlaino was sold to Salvatore Naldi and to Giorgio Corbelli himself. Thus ends the Ferlaino era.
"