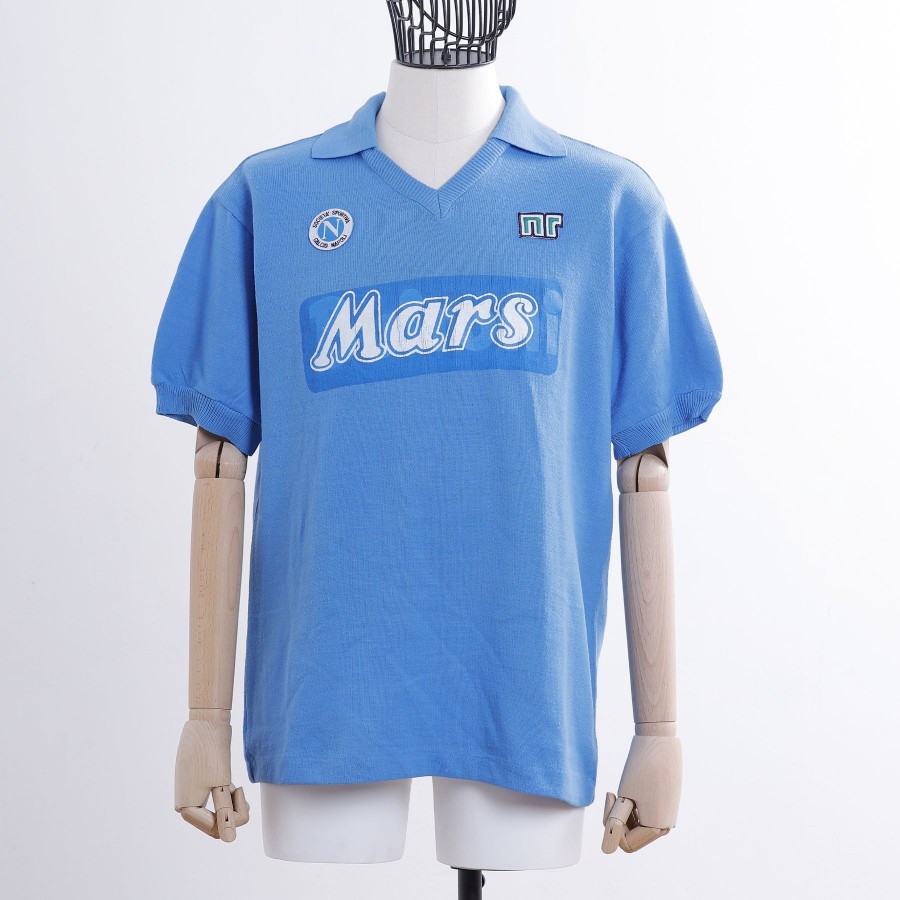 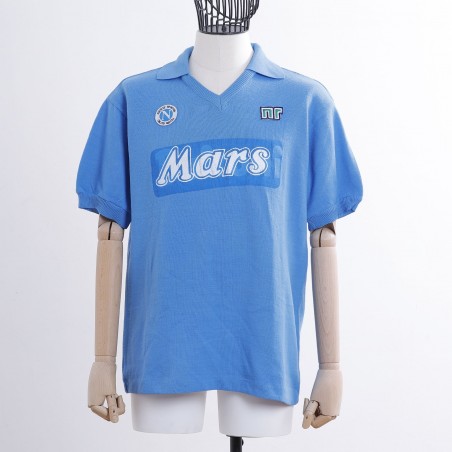 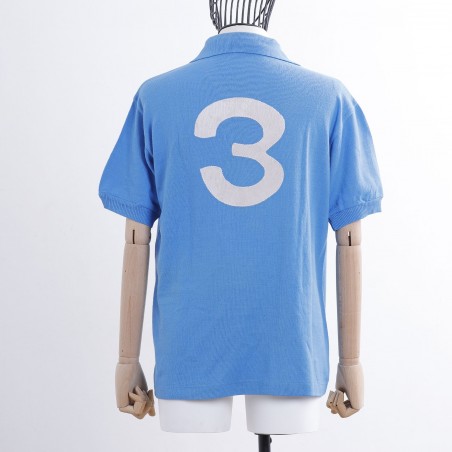 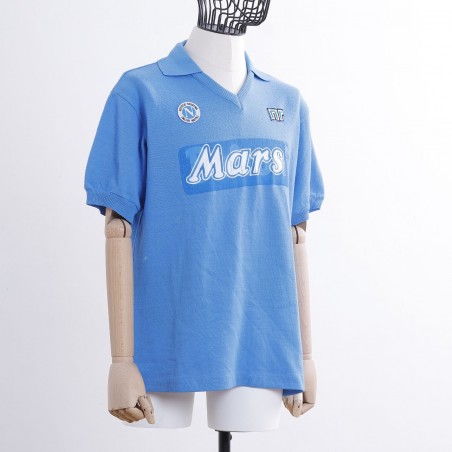 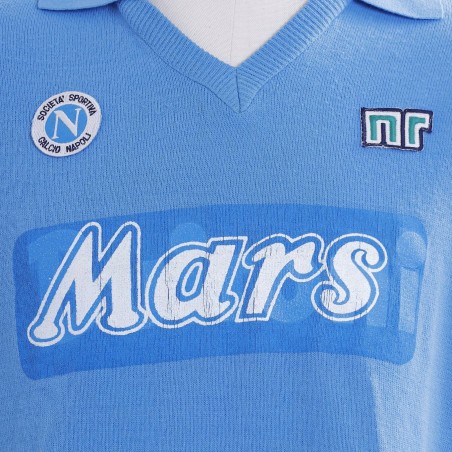 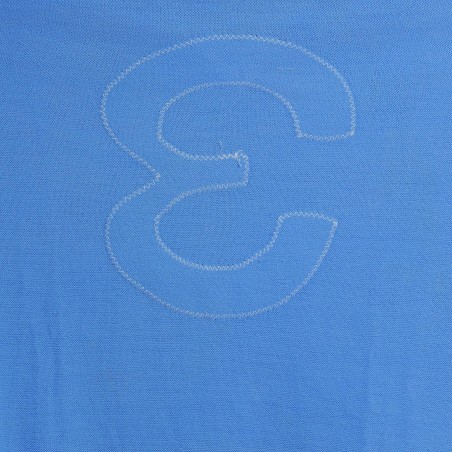 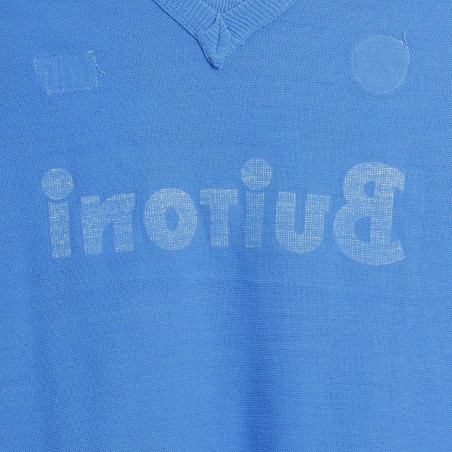 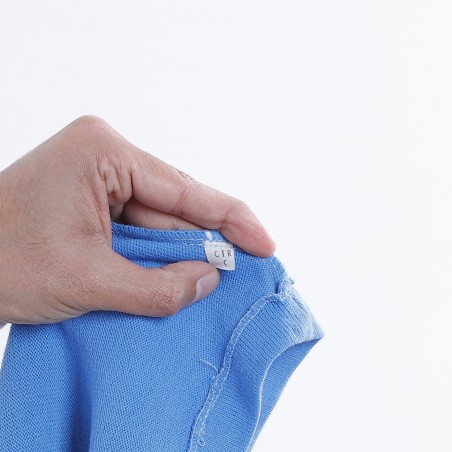 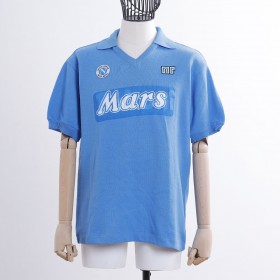 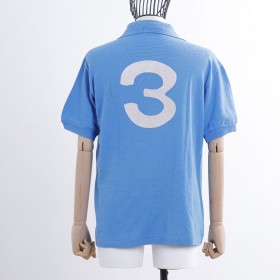 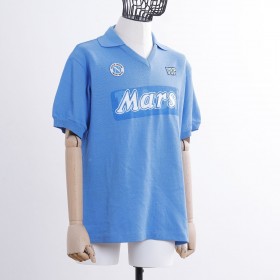 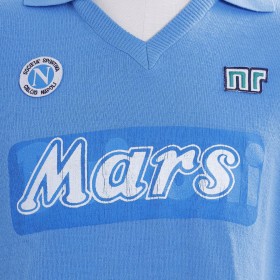 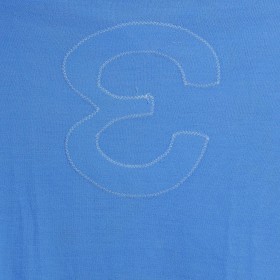 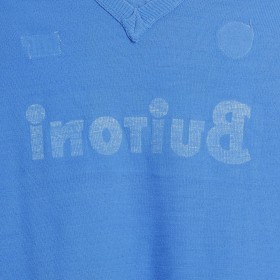 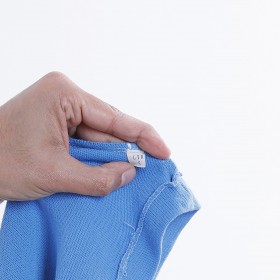 The shirt is in excellent condition, the fabric has its original characteristics, soft to the touch. The logos are in perfect condition. CTRC label present in the shirt.

DETAILS:
Home version of the official short-sleeved shirt in heavy wool model that was used in the initial part of the season using the jerseys of the previous season covered by the new sponsor Mars.

White number 3 stitched in a zig-zag pattern, a method used to personalize the players' shirts.

ANECDOTES AND CURIOSITIES:
In the 1988/89 season, Serie A changes: from 16 teams to 18 participating teams. Ottavio Bianchi's Napoli, in their third year on the blue bench, is in second place, behind Giovanni Trapattoni's Inter with a clear gap of 11 points. On the other hand, in the shadow of Vesuvius comes the prestigious Uefa Cup, won in the double final against the surly Stuttgart, with a score of 2-1 at the "San Paolo" with goals from Mardaona and Careca and with the result of 3-3 in Germany. Place of honor also in the Italian Cup.