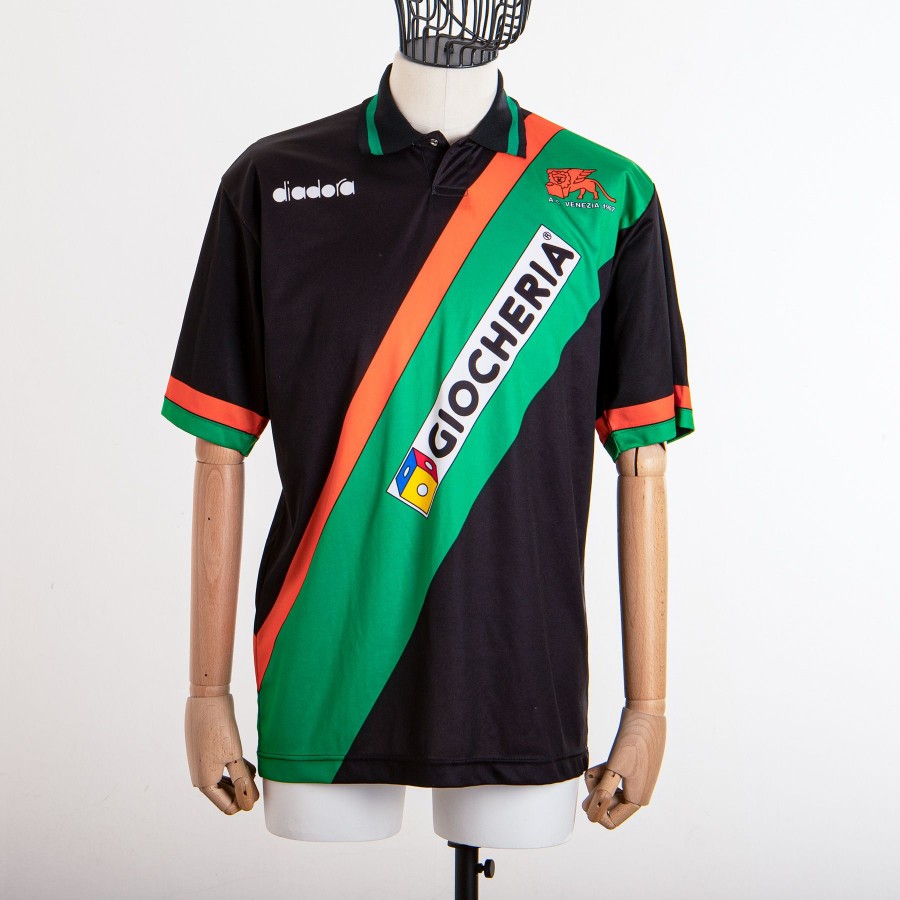 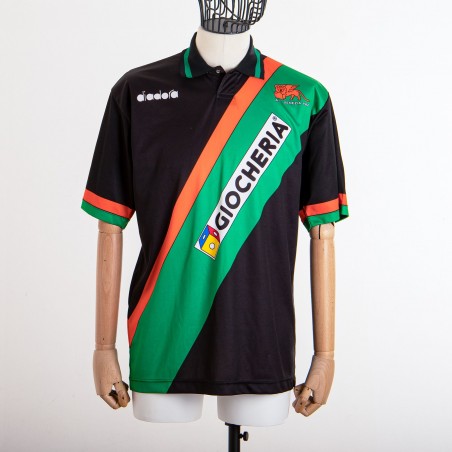 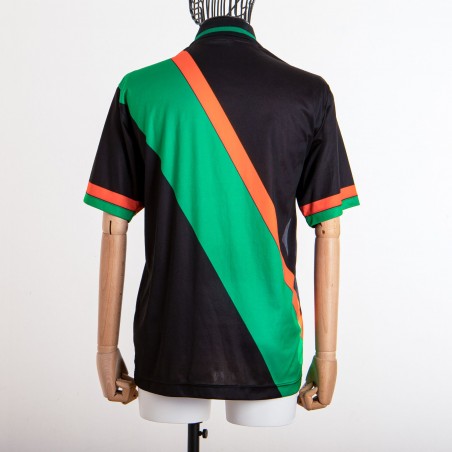 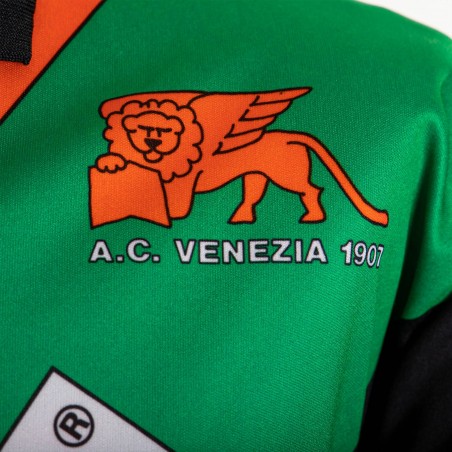 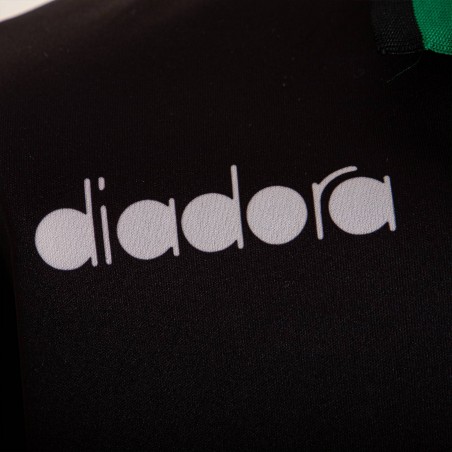 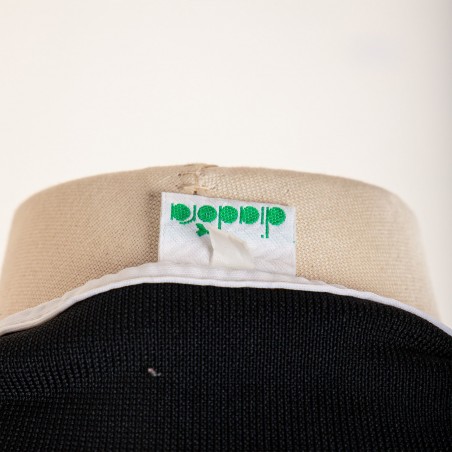 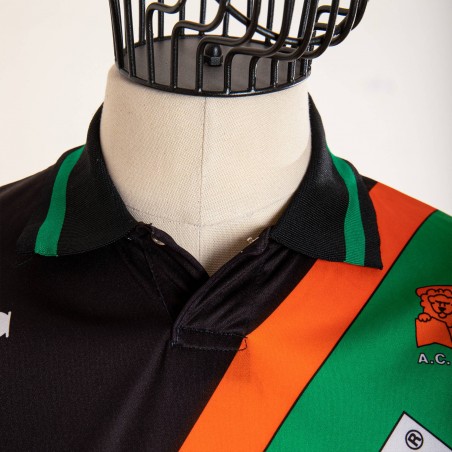 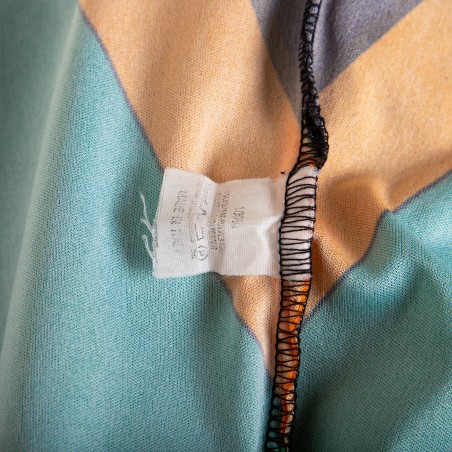 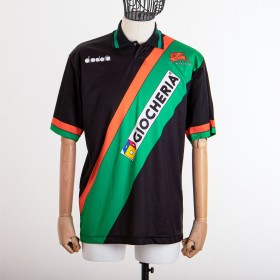 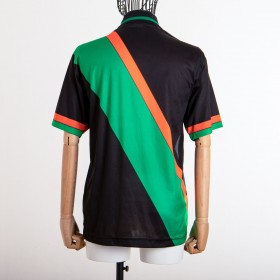 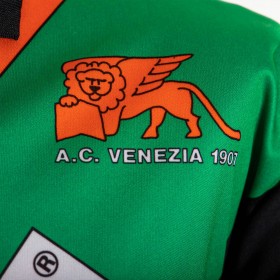 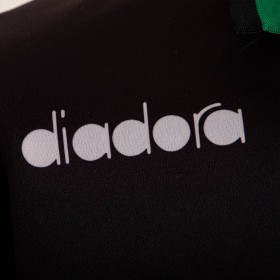 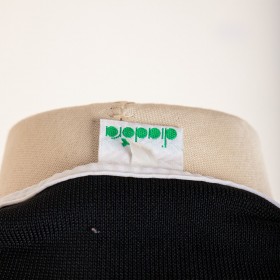 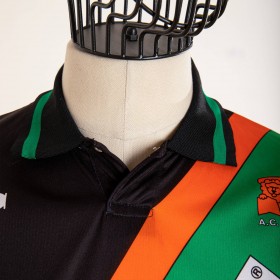 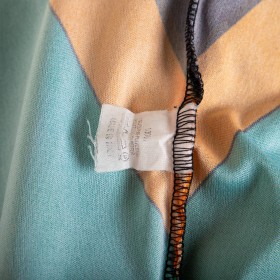 Preserved jersey in excellent condition with logos and details still intact. There is no legible size label inside but the uniform has fit L.

Venezia short sleeve black jersey with green and orange inserts. Model Home season 1992/1993 with polo collar without buttons. The Diadora and A.C. Venezia logos are sublimated on the front. At the center, crosswise, is the logo of the commercial sponsor Giocheria.

As he was wont to do, President Zamparini changed trainers several times, three this season. This Serie B championship, won by Reggina, hosted strikers of the caliber of Bierhoff who was also the top scorer. One of the greats of Italian soccer, Bologna, was relegated, along with Fidelis Andria, Taranto and Ternana, all of which went bankrupt.

CLASSIFICATION IN CHAMPIONSHIP: 11° (Series B).