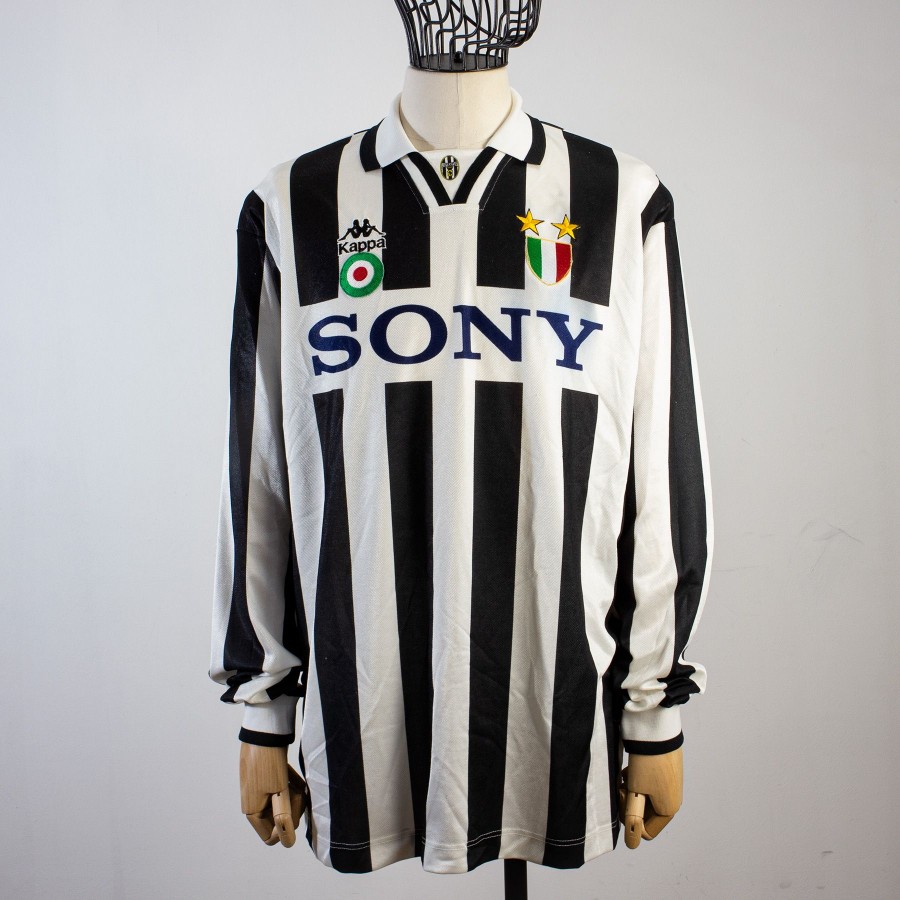 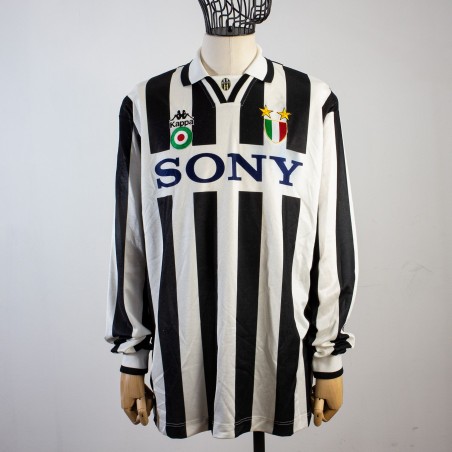 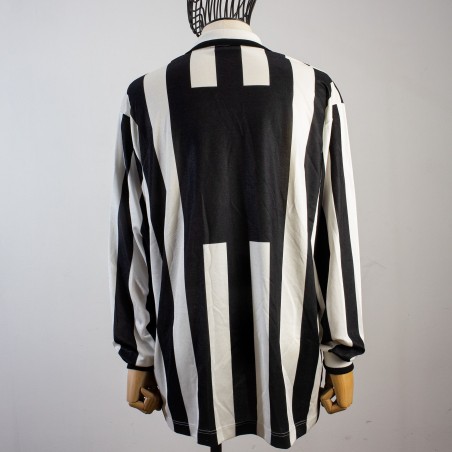 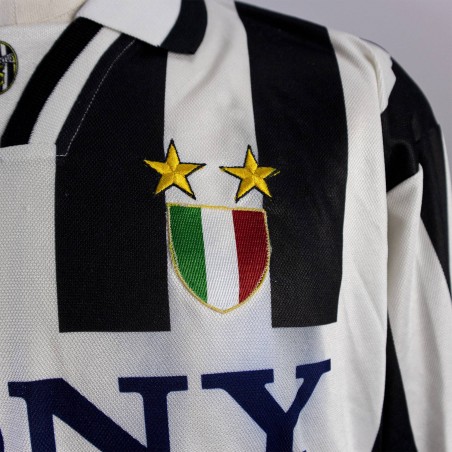 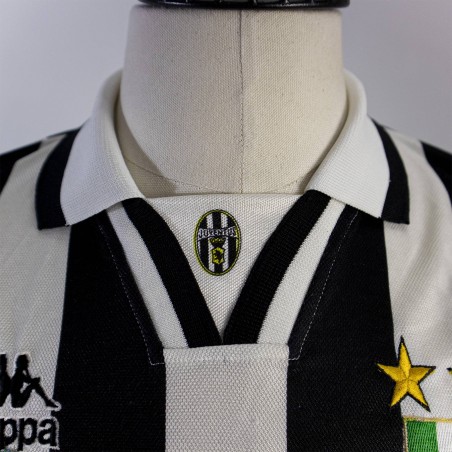 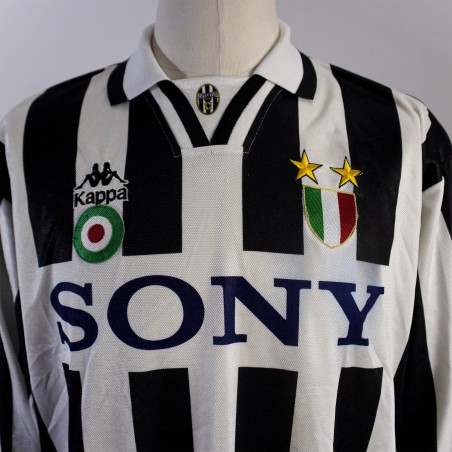 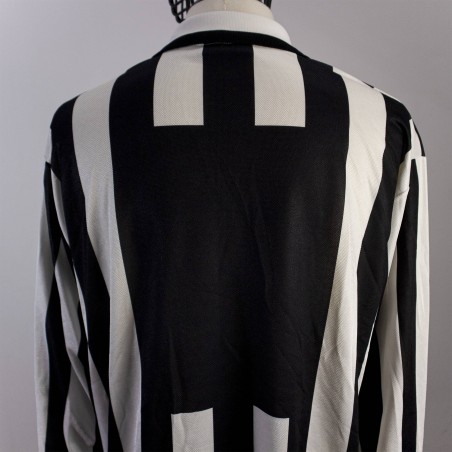 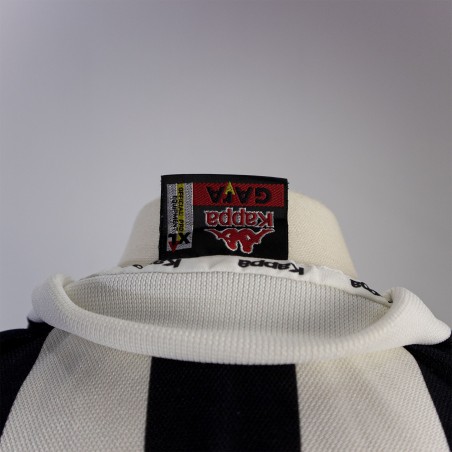 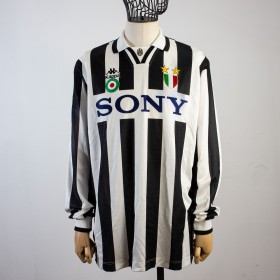 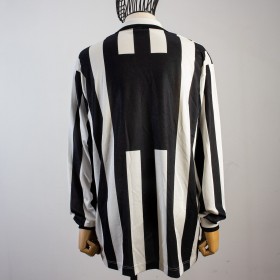 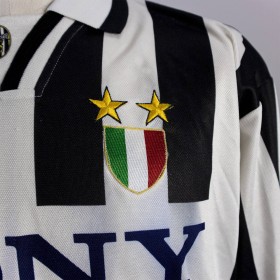 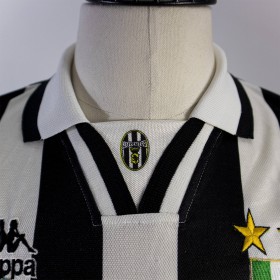 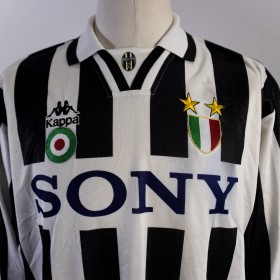 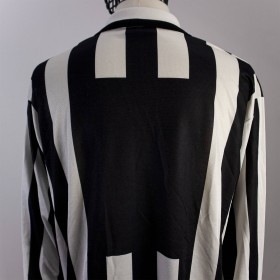 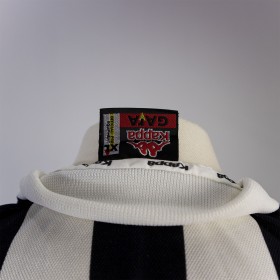 The Jersey is in excellent condition, the fabric is in good condition and has the original characteristics. Also present inside the label with the size XL.

Home version long sleeve Juventus jersey of the 1995/1996 season. Kappa logos, Scudetto with stars and Coppa Italia sewn. Sony sponsor printed on the jersey. Juve logo in the weave of the collar seam.

The 1995/1996 season is the one of the victory in the Champions League with Fabrizio Ravanelli's goal, who later will also be the best scorer of the season with 17 goals, against Van Gaal's Ajax. The club decided to let Roberto Baggio go and bet on a young Del Piero.

CLASSIFICATION IN THE CHAMPIONSHIP: 2nd place.