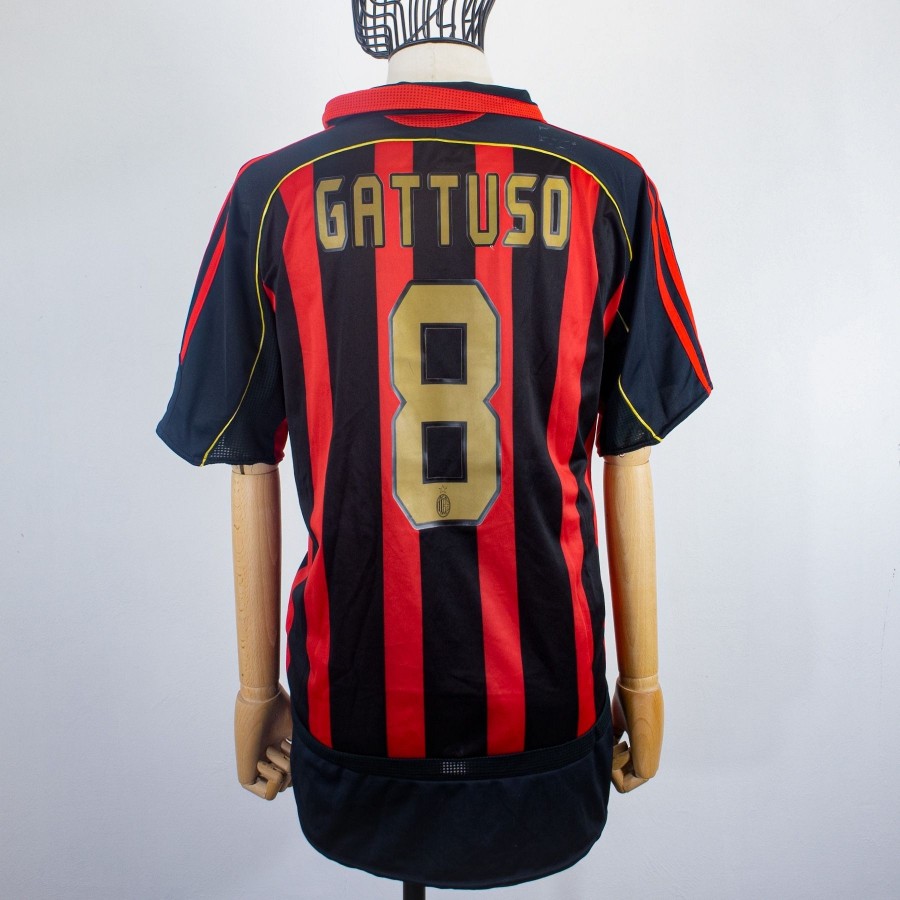 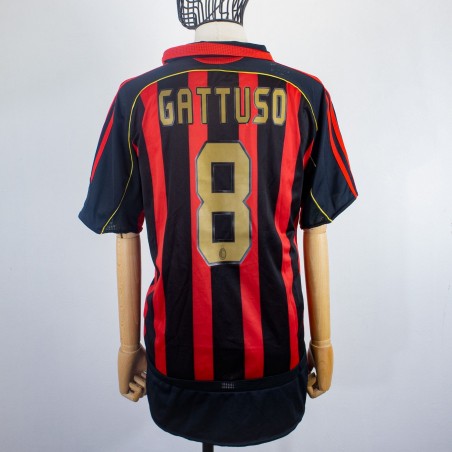 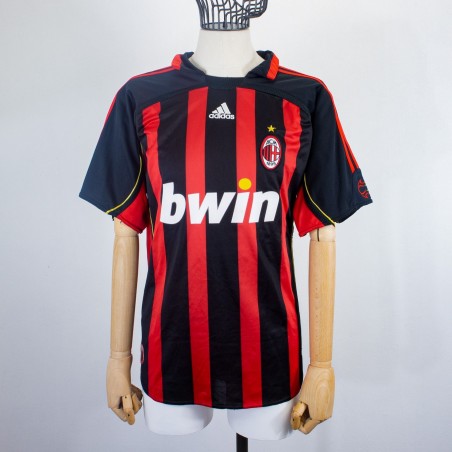 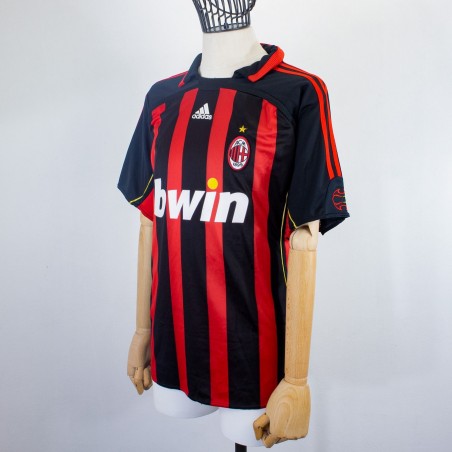 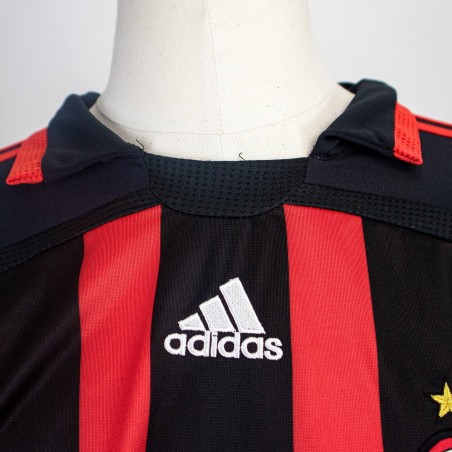 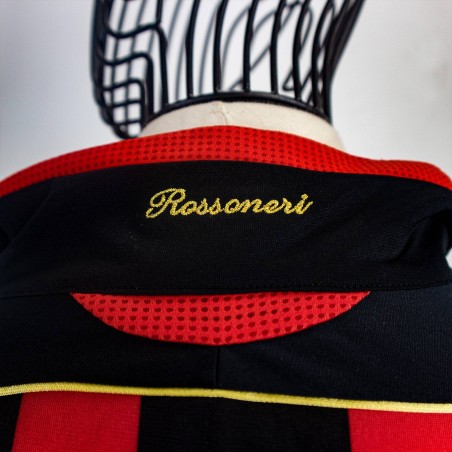 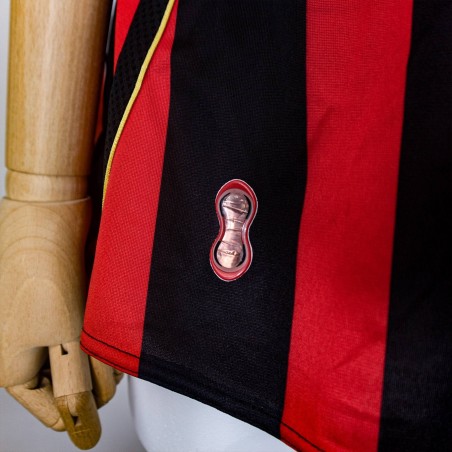 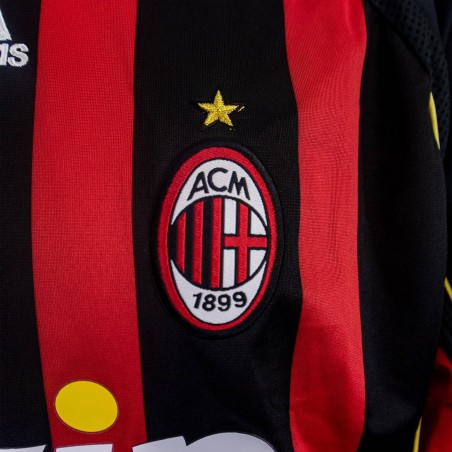 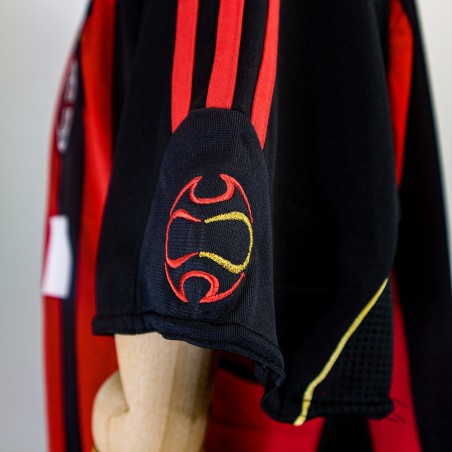 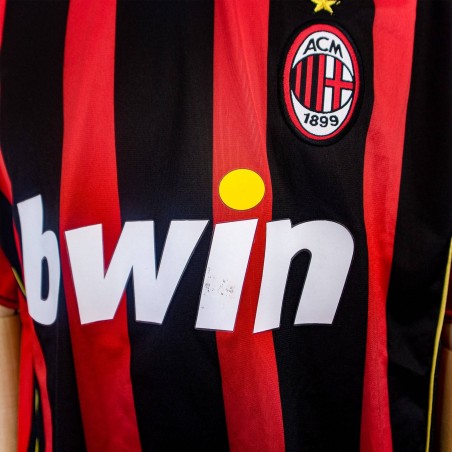 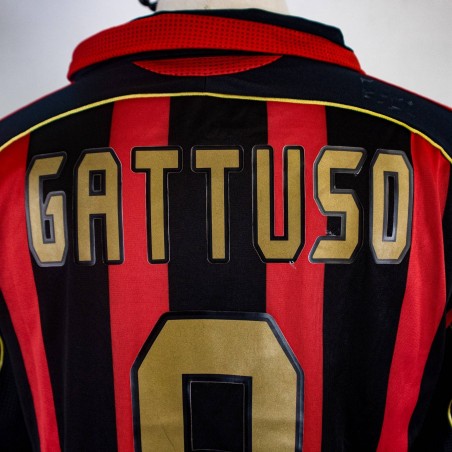 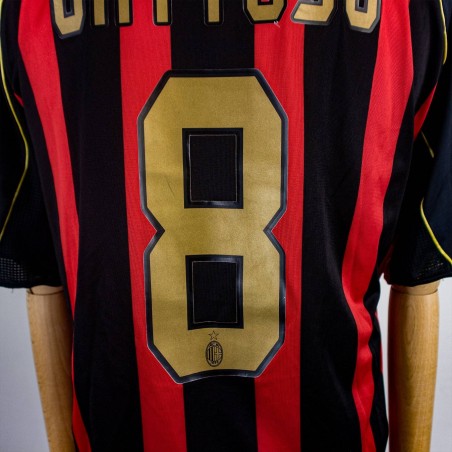 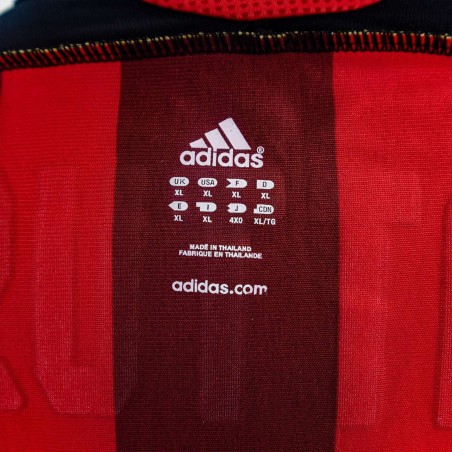 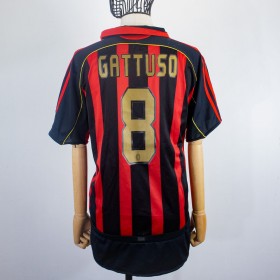 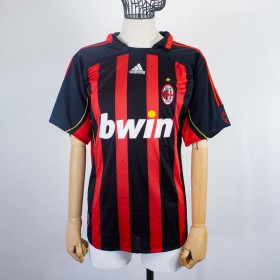 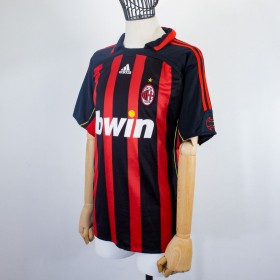 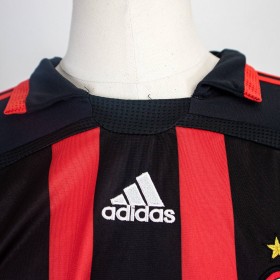 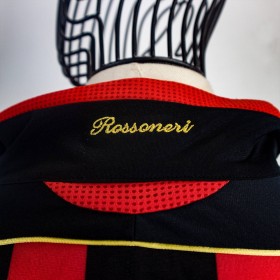 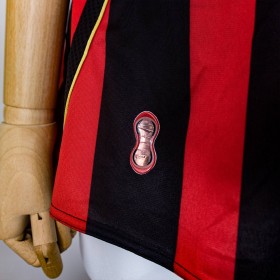 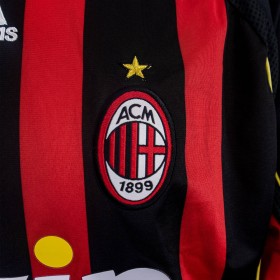 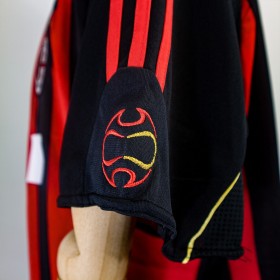 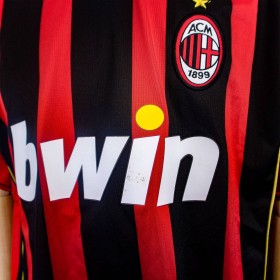 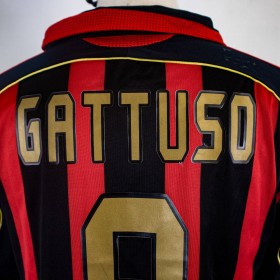 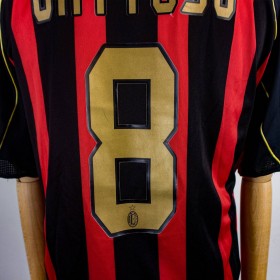 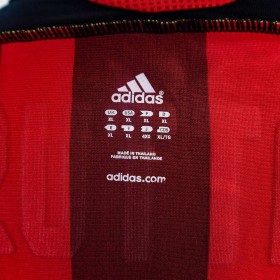 Rino Gattuso's AC Milan jersey made by Adidas for the 2006/2007 season. In fair general condition, with a stain on the back and small imperfections on the main sponsor Bwin. Integral jersey with fabric in perfect condition.

Colors retain their original brightness
The jersey features breathable inserts, gold-colored piping and “Rossoneri” embroidery on the back
The club crest is sewn, the star is sewn
The commercial sponsor is thermo-applied
The Gattuso 8 personalization is thermo-applied in gold color with a black border and the Milan crest
The technical sponsor is embroidered

In the 2006/2007 season Gattuso made 47 total appearances between league and cups, scoring only one goal in the 2-1 victory against Livorno at San Siro played on February 16, 2007.