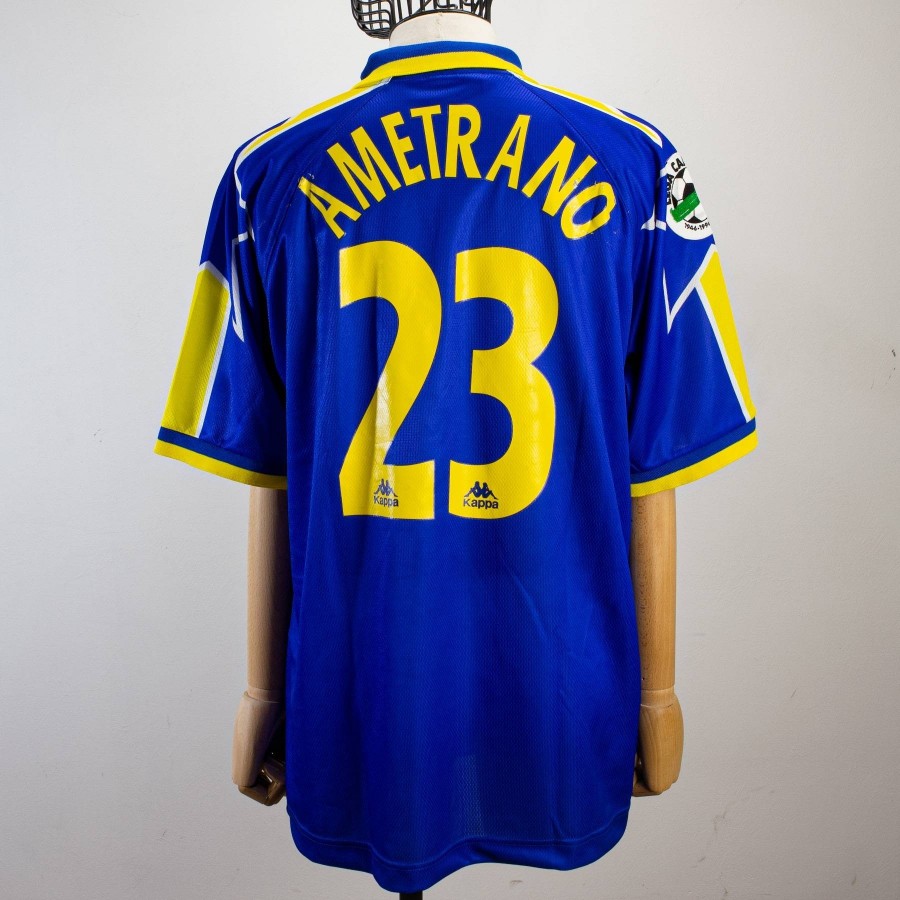 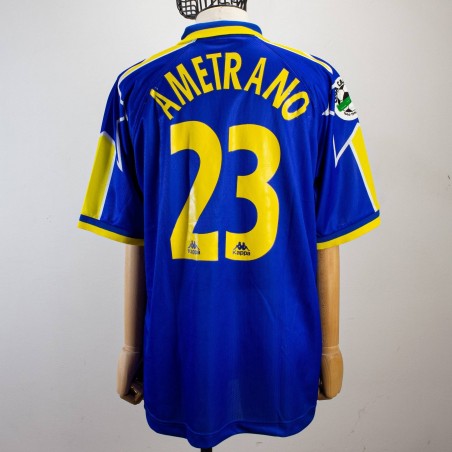 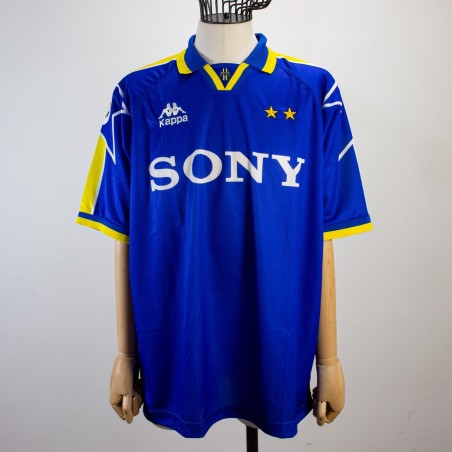 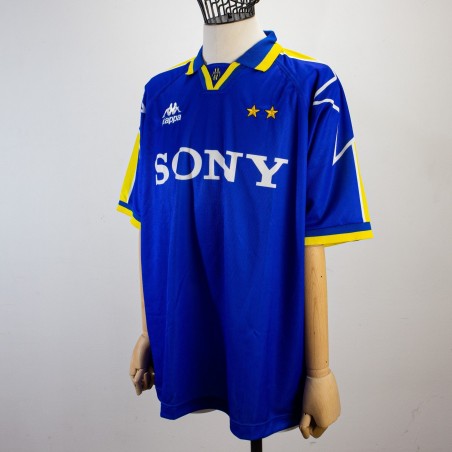 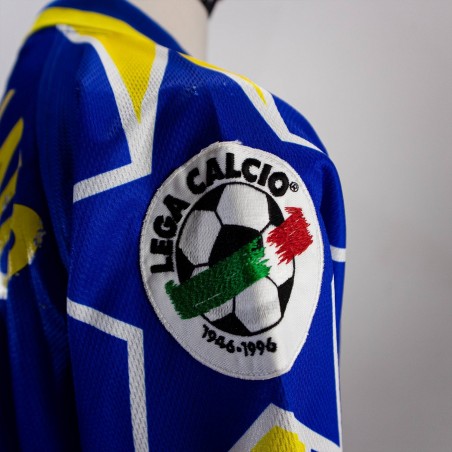 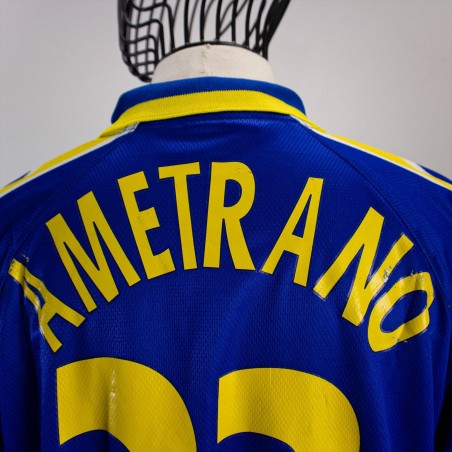 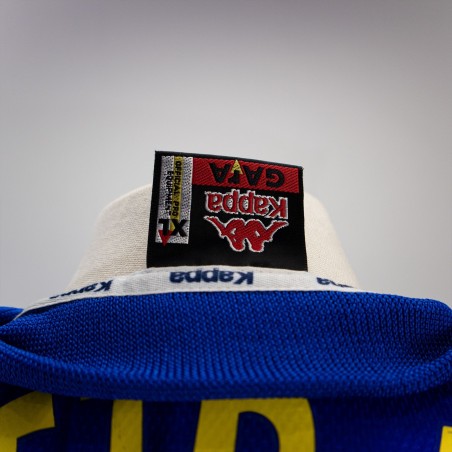 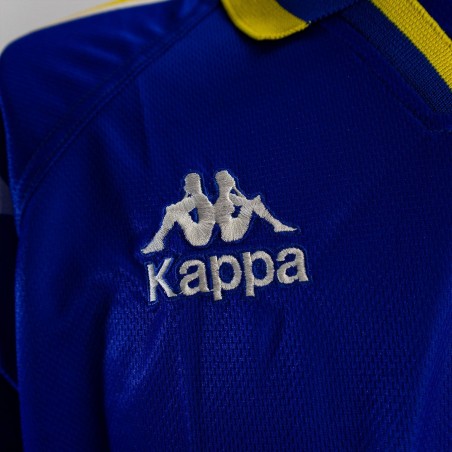 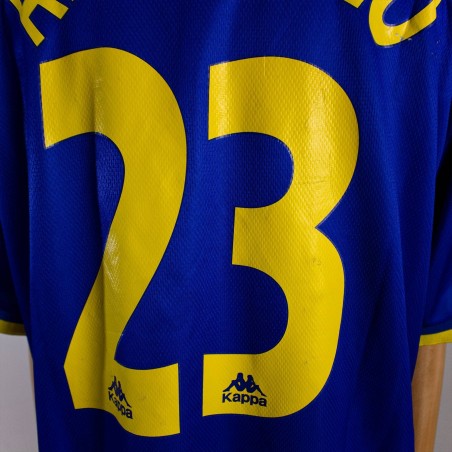 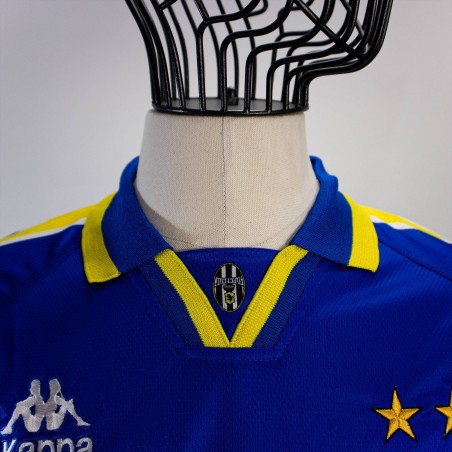 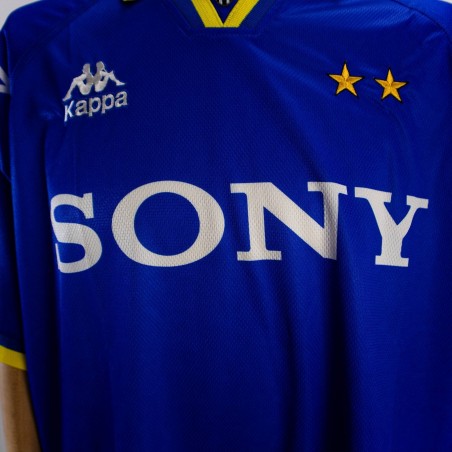 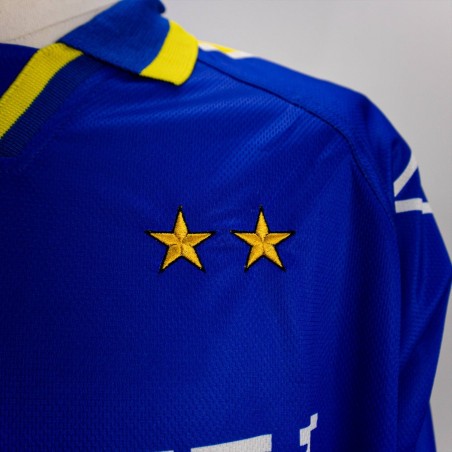 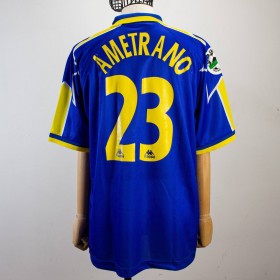 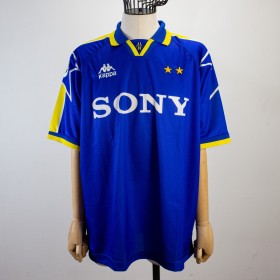 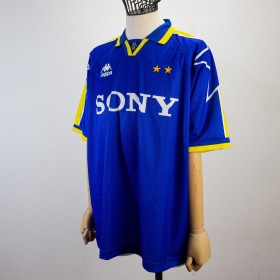 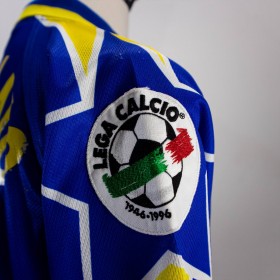 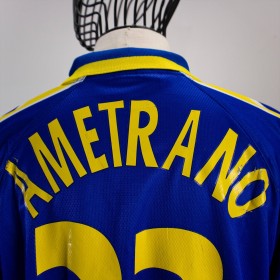 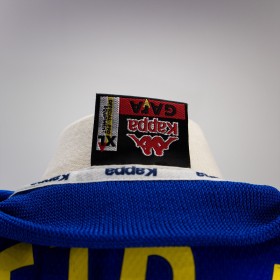 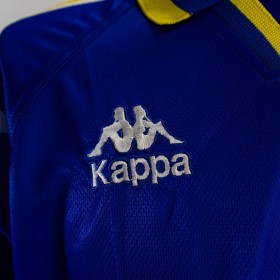 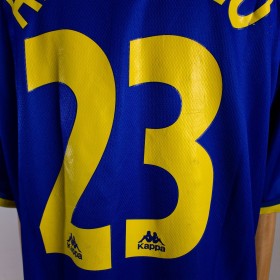 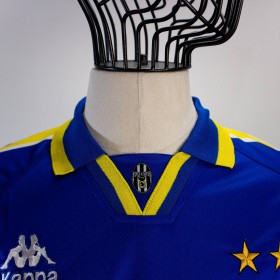 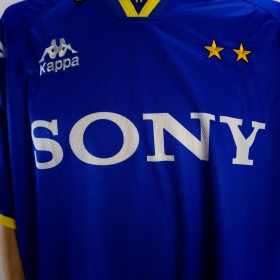 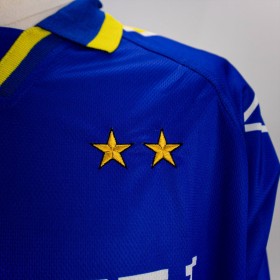 Vintage match shirt in excellent condition, year 96/97, name and number Ametrano 23, the front part perfectly kept unlike the back which has name and number slightly damaged by time.

DETAILS
Away Juventus shirt from the 1996/1997 season
Lega Calcio patch sewn on the right sleeve.
Kappa logo and embroidered stars. Sony sponsor in sublimation.
Name and number applied in yellow on the back of the shirt.

ANECDOTES AND CURIOSITIES
A bitter sweet year that of 96/97 for Juventus, which in the wake of the success that took place on the top European stage on May 22, 1996 at the Olimpico in Rome on penalties against Ajax; fails to repeat in the year 96/97 in the final against Dortumund. But the true football fan, knows that that year for Juventus, despite the disappointment of having lost the third final of the Champions League at that time, was still one of the best seasons ever, also considering the value of the squad, in which alternated talents such as Zidane and Del Piero, the latter who on the roof of the world on November 26, 1996, made all of Japan fall in love in the final that led to the second Intercontinental Super Cup in the history of the Bianconeri, against the Argentines of River Plate. That was not the only joy of that year, from Tokyo to Paris, here comes the European Super Cup, the first leg on the ice of the Parco dei Principi on 15 January 1997, Juventus overwhelms PSG 1-6 and the return which took place in Palermo on the evening of February 5th, the bianconeri won the match and the trophy 3-1 in front of a packed stadium. At the end of the season to complete the centenary celebrations, the 24th Scudetto arrived.