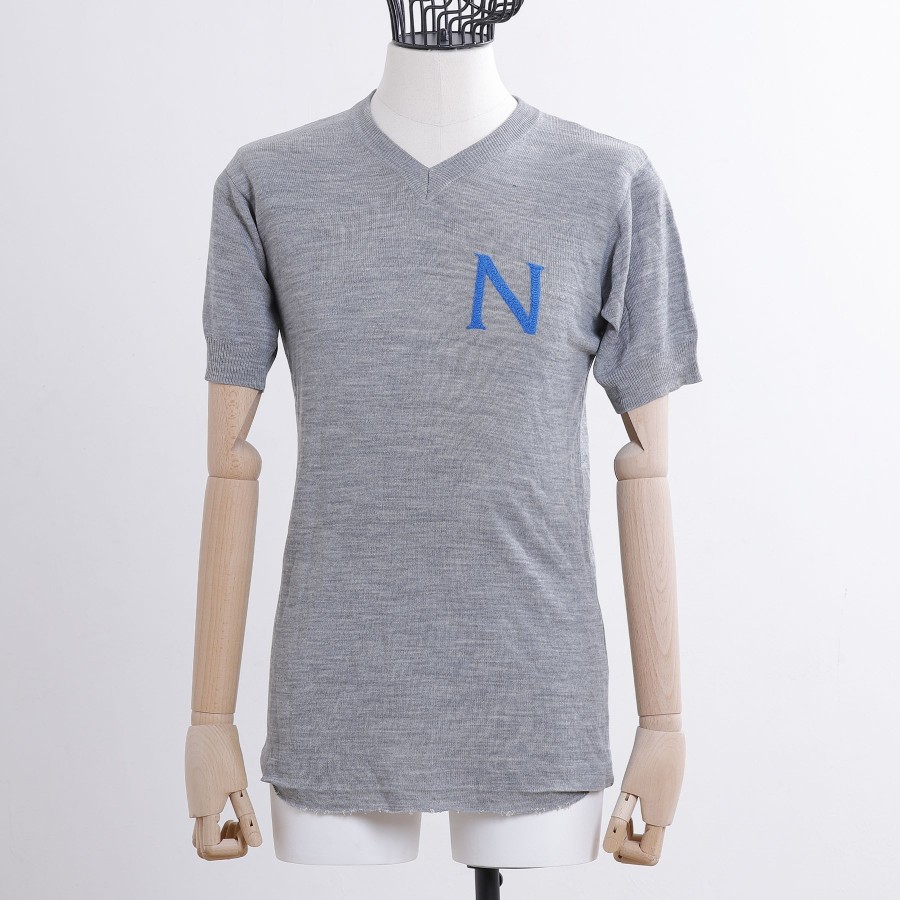 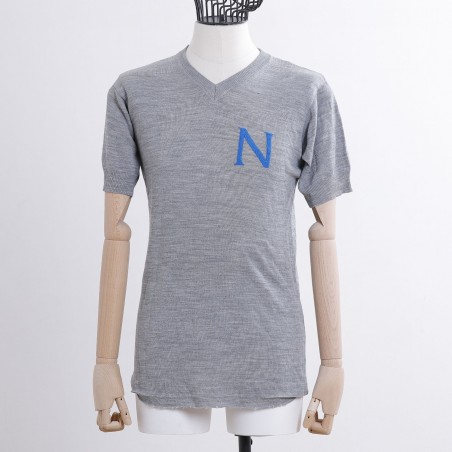 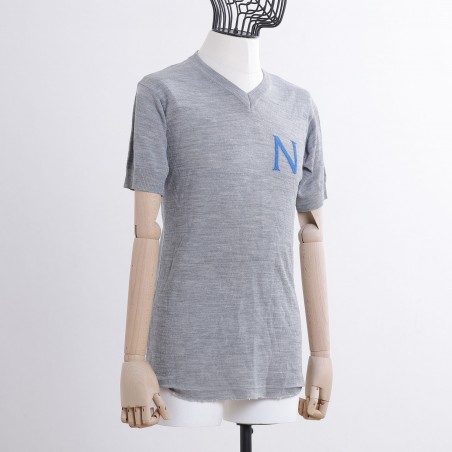 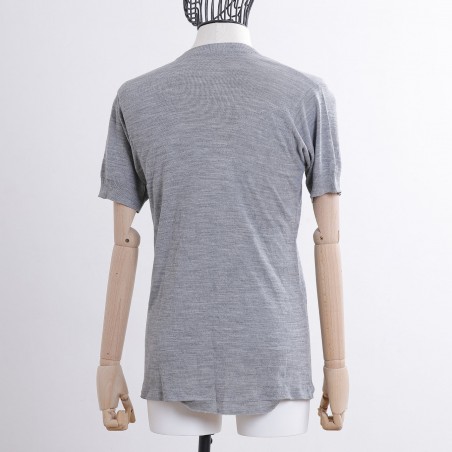 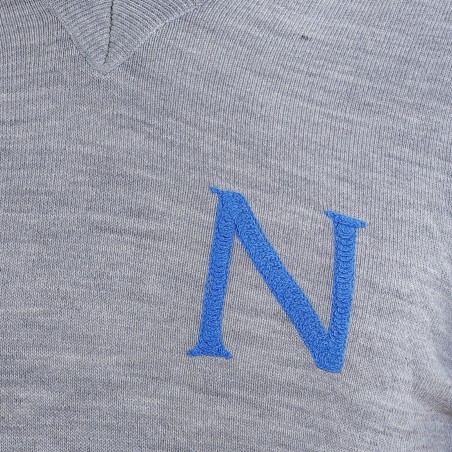 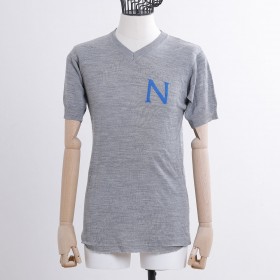 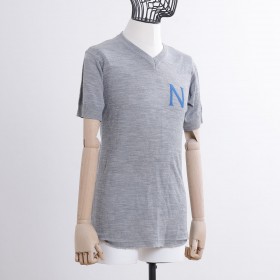 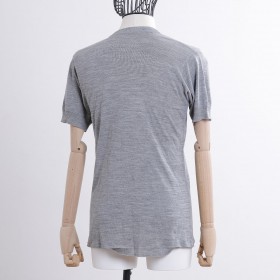 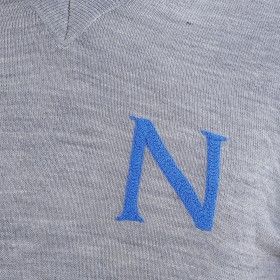 Short-sleeved training shirt version. N embroidered in blue on the left side of the shirt. Production entrusted to Ennerre which in those years supplied the Blue Club.

ANECDOTES AND CURIOSITIES:
Following the encouraging results obtained last season, Corrado Ferlaino, president in charge of Napoli, put his hand to the wallet becoming the protagonist of the transfer market thanks to the purchase of Giuseppe Savoldi, at the time the best forward in circulation, paid to Bologna a good two billion Lire. The overall operation included a check for 1,400,000,000 lire plus the Clerici card and half of the Rampanti card, together valued at 600,000,000 lire. This acquisition went down in history as the most expensive of all time for those years where Naples city, in sharp contrast with the football club, was experiencing a negative period of recession, such as to arouse, even among the most avid fans, a very strong discontent. which resulted in protests and disputes, culminating in the strike of the garbage collectors. Savoldi showed off with 14 goals in the league which saw Napoli finishing fifth at 36 points, 9 less than the Italian champion Turin. The season of the Azzurri, coached first by Luis Vinico and then by the tandem Delfrati - Rivellino, was enlivened by the victory of the Italian Cup, the second in the history of Naples, won at the "Olimpico" stadium in Rome on 29 June 1976 against Verona , beaten 4-0 with a brace from “mister two billion” Beppe Savoldi.

CLASSIFICATION IN THE CHAMPIONSHIP: 5th place - Winner of the Italian Cup