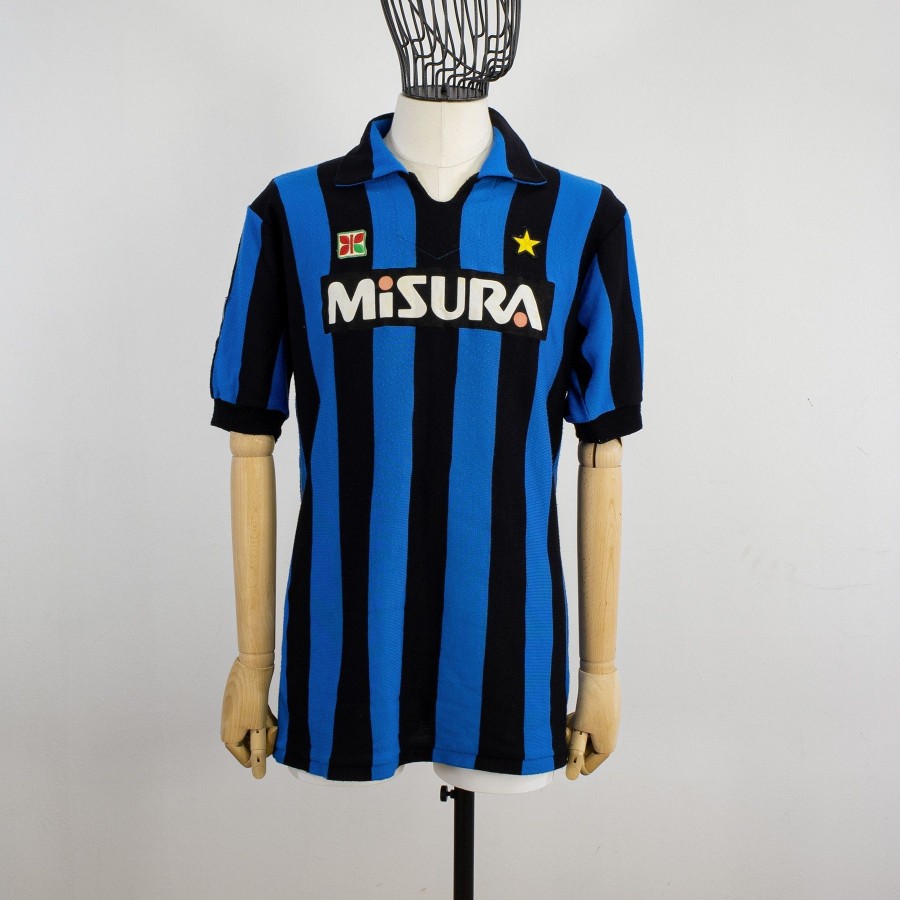 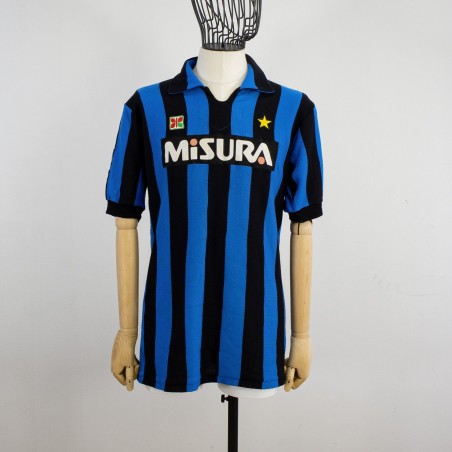 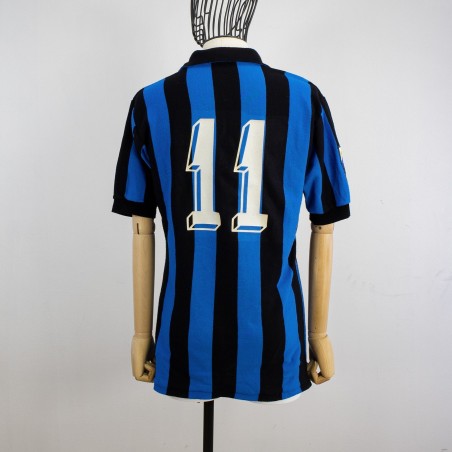 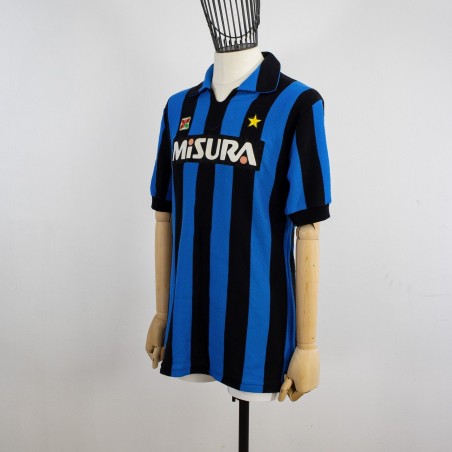 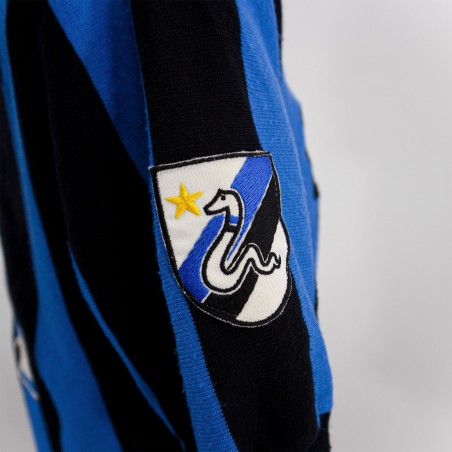 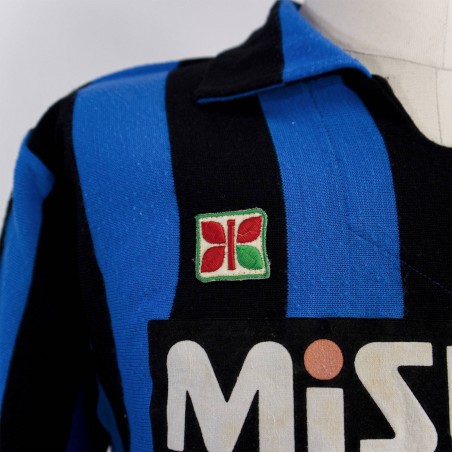 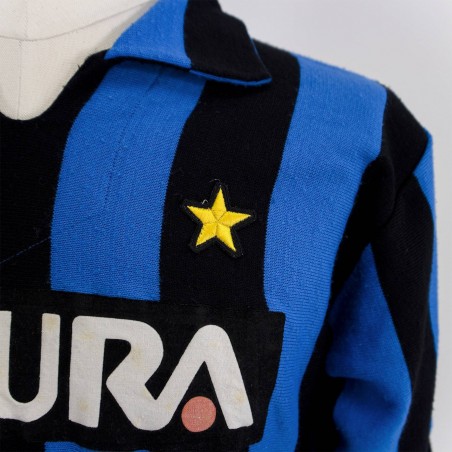 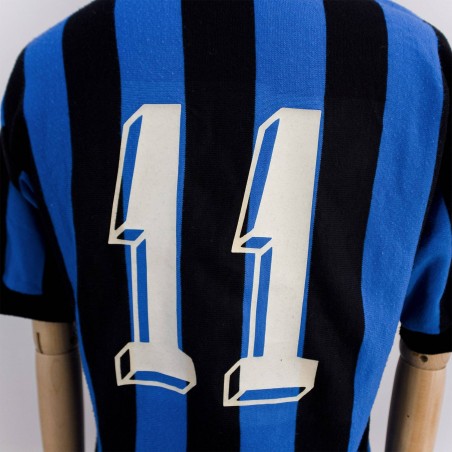 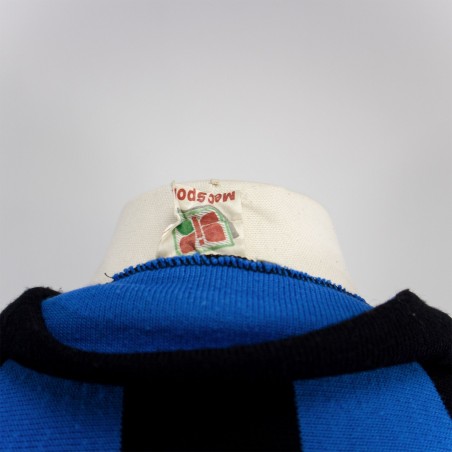 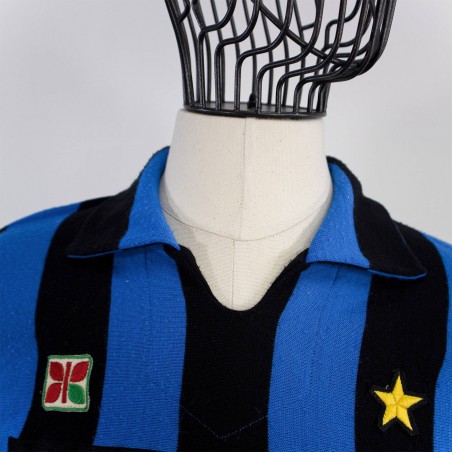 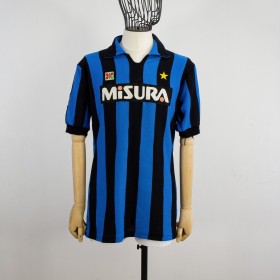 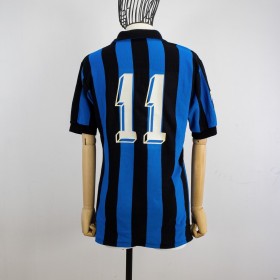 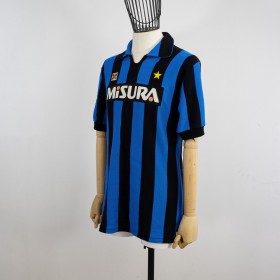 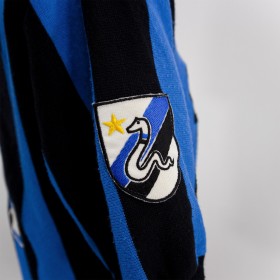 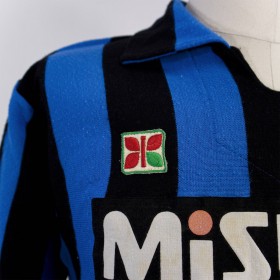 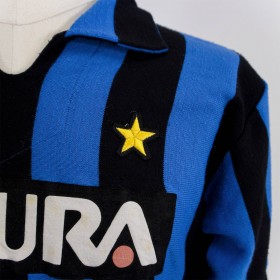 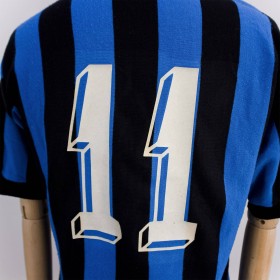 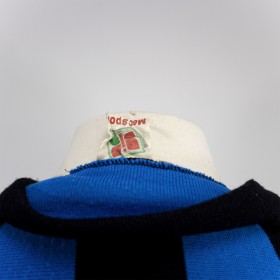 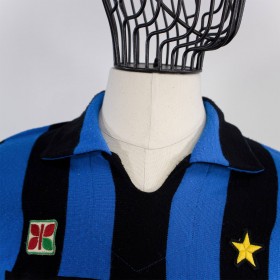 The shirt is in excellent condition from the point of view of the fabric. Soft to the touch, with intact seams, it has no halos and color discontinuities. Mecsport label and Size 5 present inside the shirt.

Mec Sport logo sewn on the right side.
Measure sponsor applied on a black background with white rubber.
The club crest and star are sewn. Number 11 applied on the back.

In the first six days of Serie A in the 1984/1985 season, Inter remained unbeaten, achieving 2 wins and 4 draws. The first defeat took place on the seventh day, in the Milanese derby, against Milan for 2-1. The following day, Inter recovered in the best possible way by beating Juventus 4-0 (2 Rumenigge, Ferri, Collovati). Then, a sequence of 14 consecutive useful results, including the internal draw 2-2 against Milan, stopped by the rematch of Juventus, who won in Turin against the Nerazzurri with the result of 3-1. The Inter team, led by Ilario Castagner, will end the season in third place in the league.