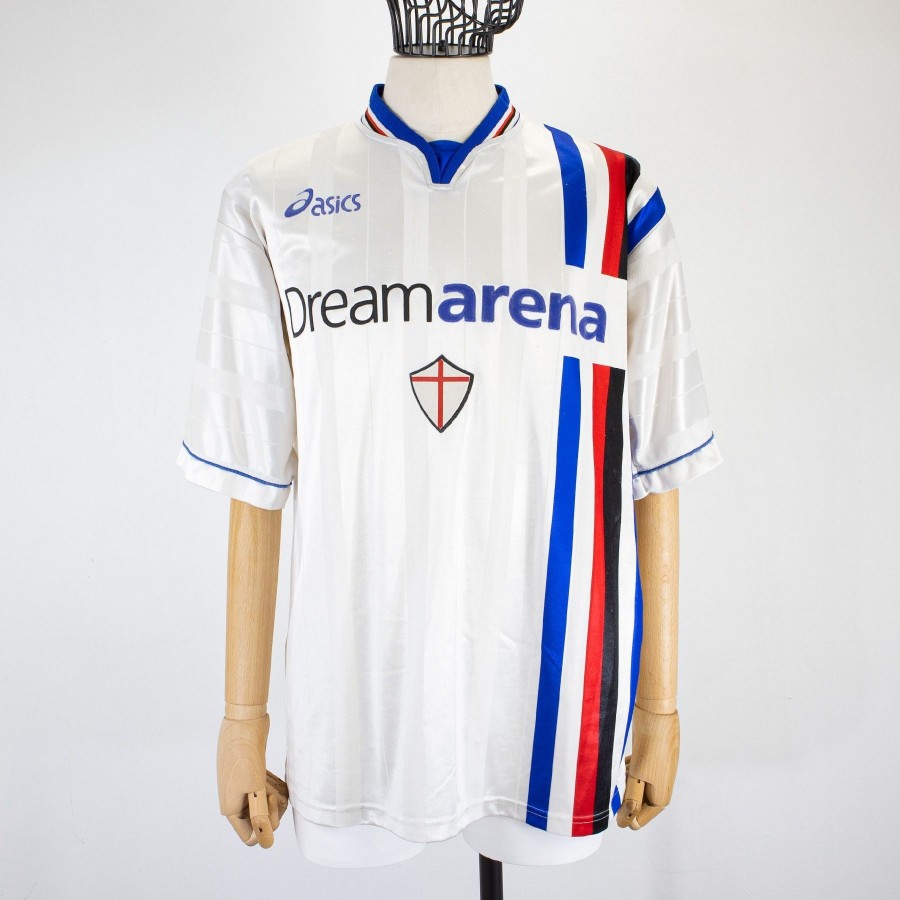 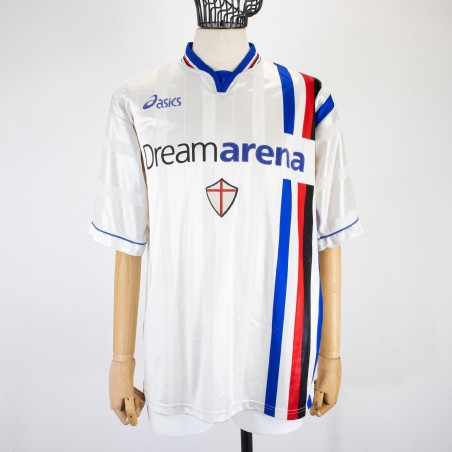 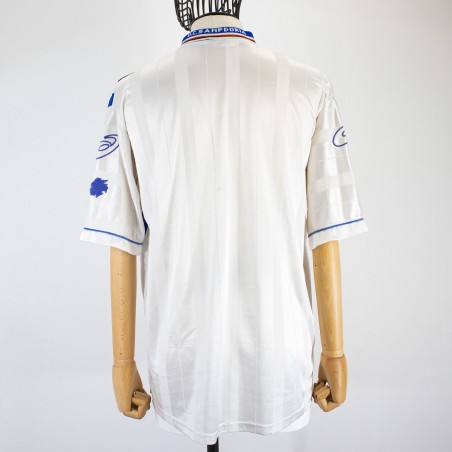 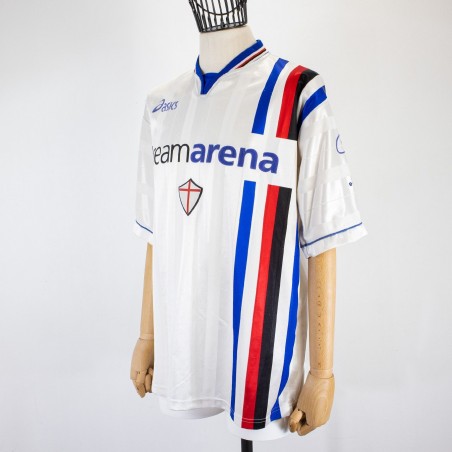 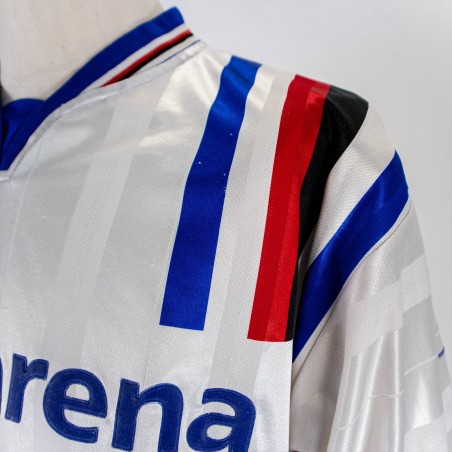 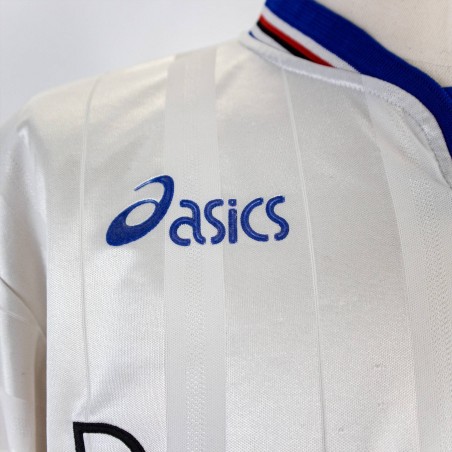 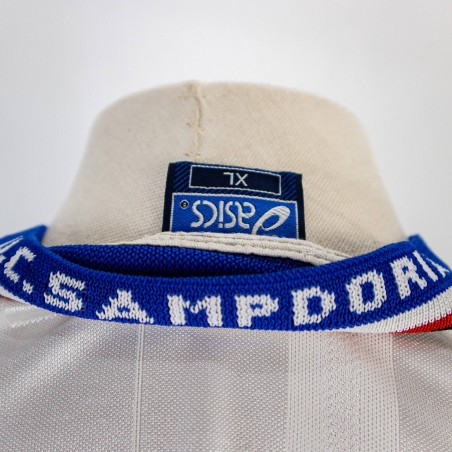 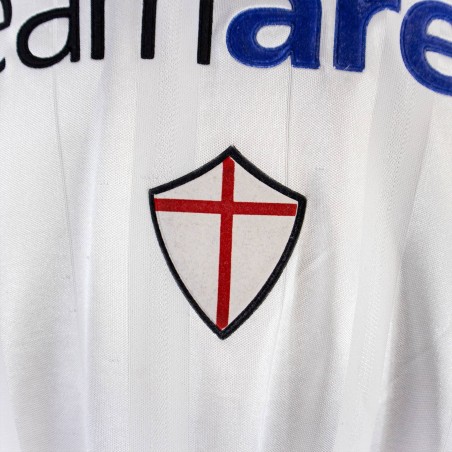 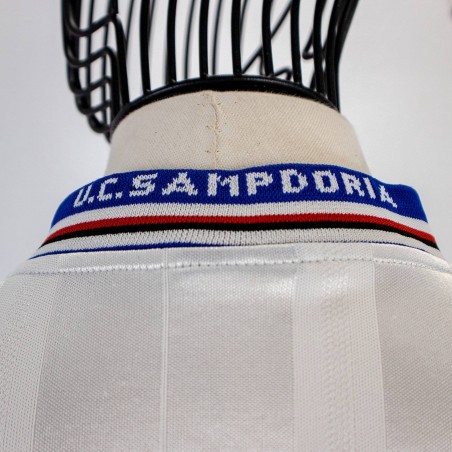 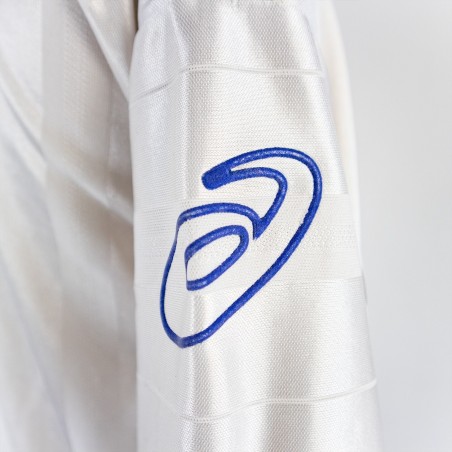 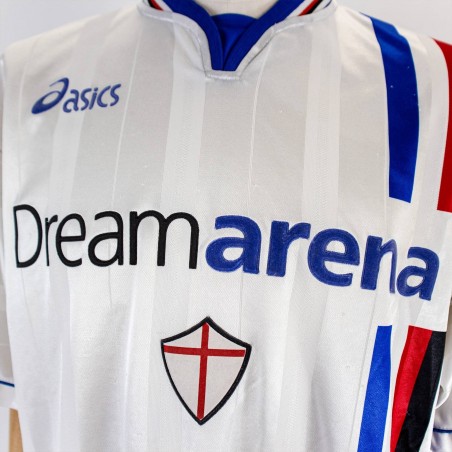 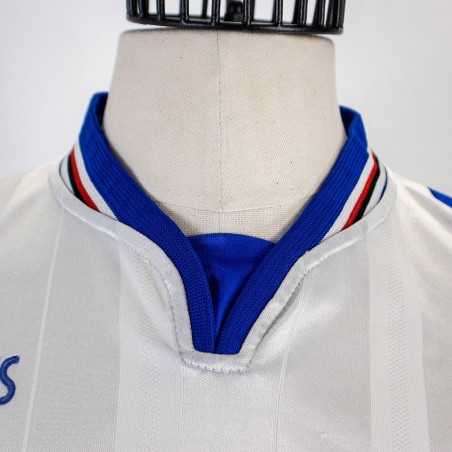 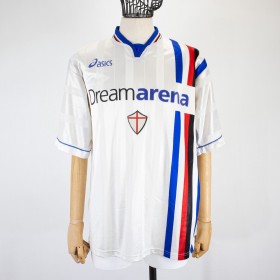 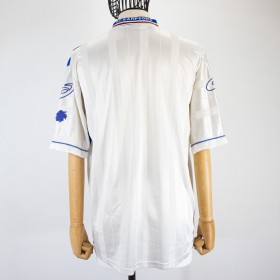 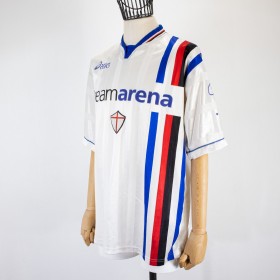 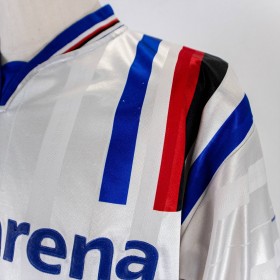 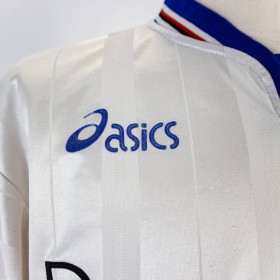 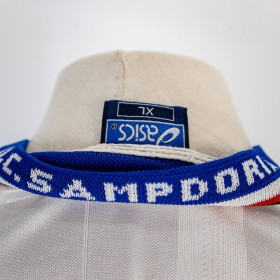 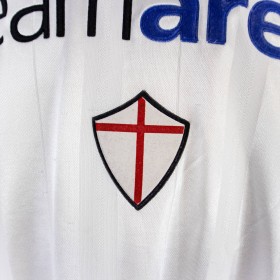 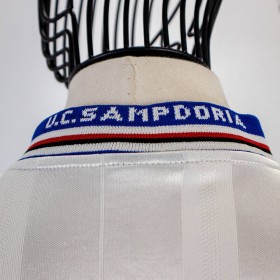 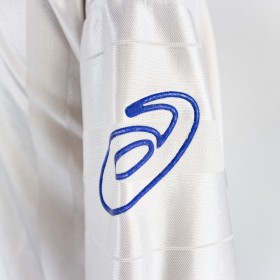 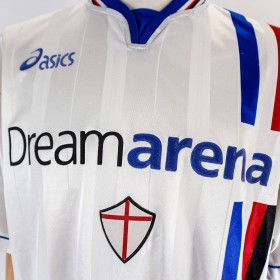 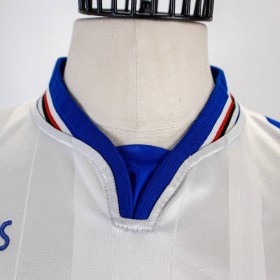 Sampdoria jersey made for the 2000/2001 football season by Asics. Away model, with inserts in red, black and blue and V-neck. The applications, embroideries and stitching of the product are in good condition.

The 2000/2001 season that sees the Sampdoria relegated to Serie B for the second consecutive year is that of the consecration of Francesco Flachi. The number 10 Sampdoria scored 17 goals in total.