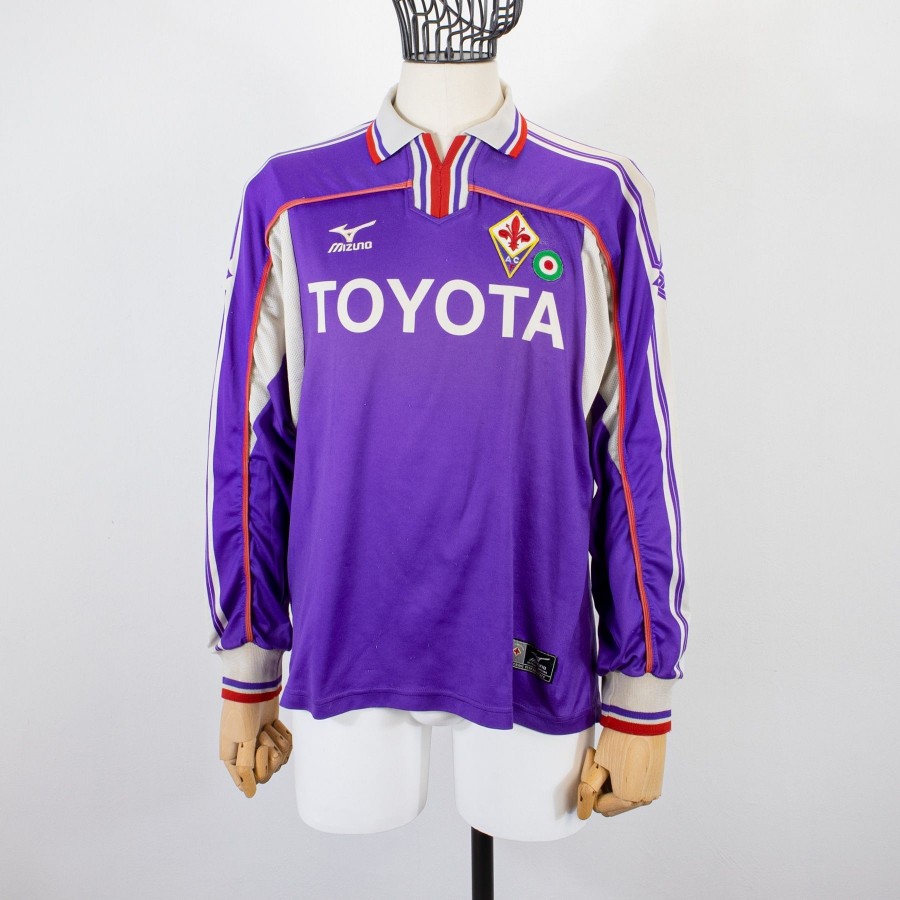 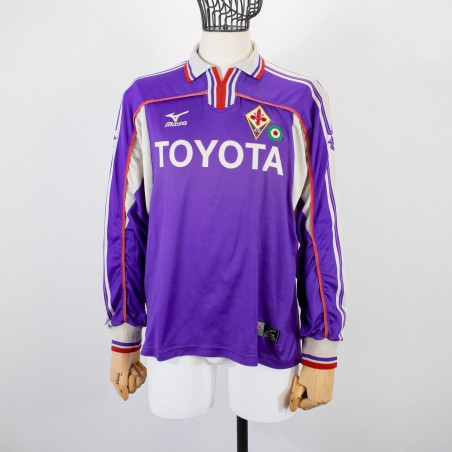 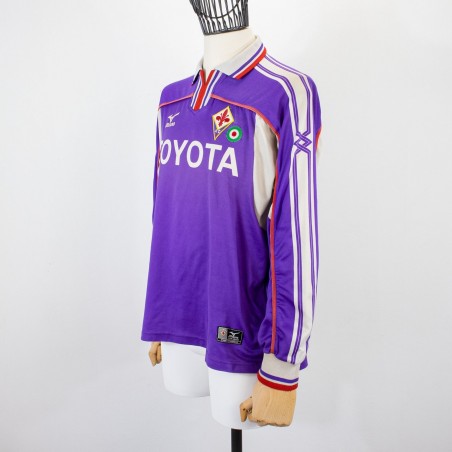 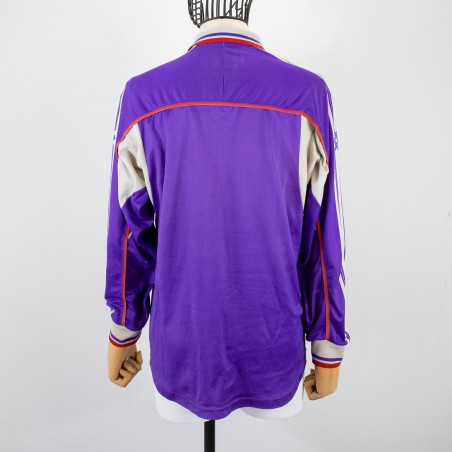 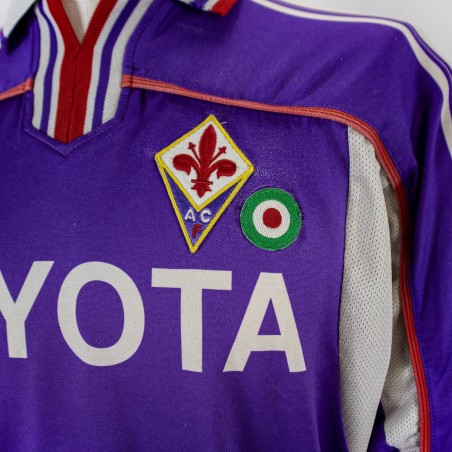 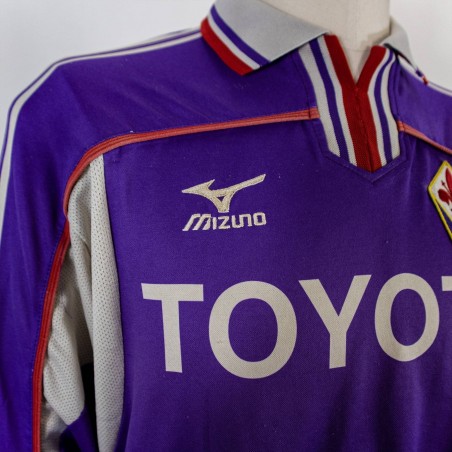 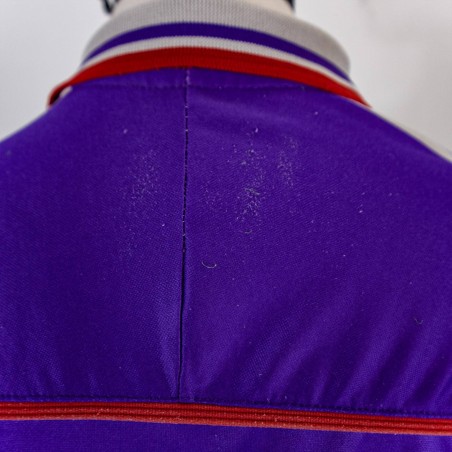 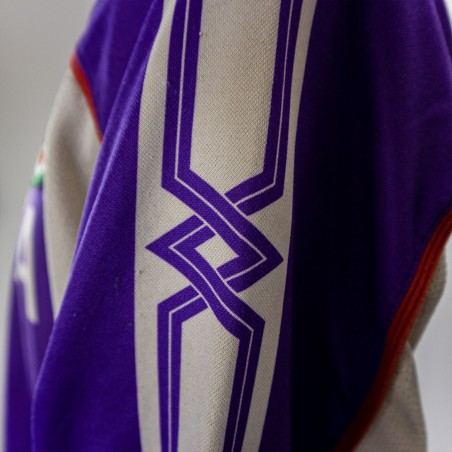 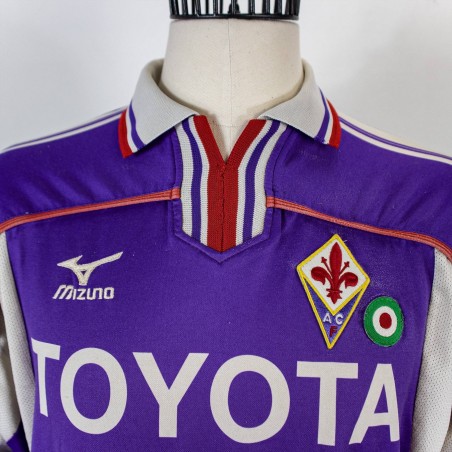 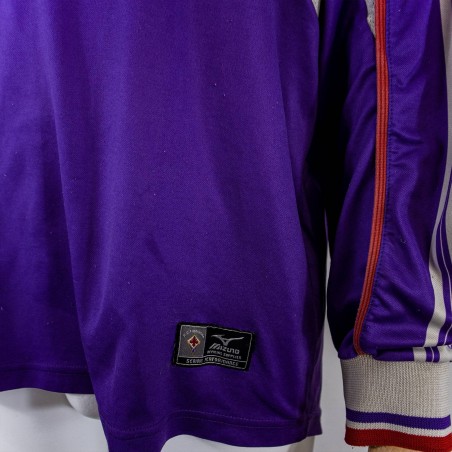 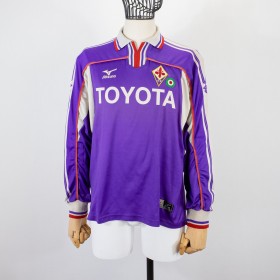 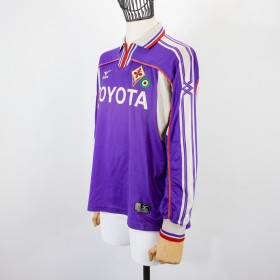 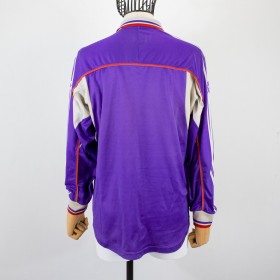 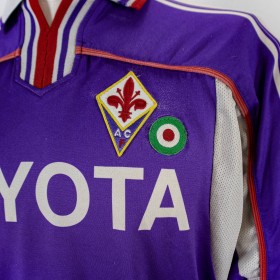 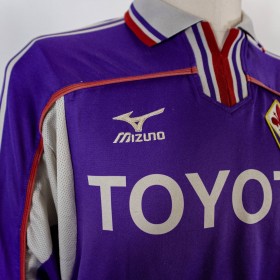 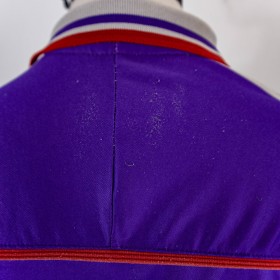 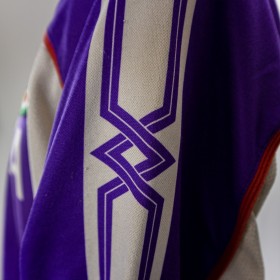 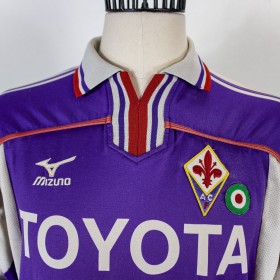 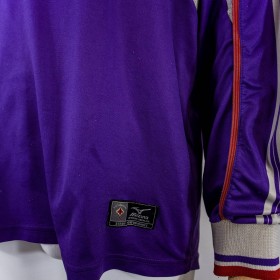 The shirt is in good overall condition. The fabric shows signs of aging and wear and has lost its original brilliance. The ribbed, honeycomb inserts and red piping have no defects, as well as the embroidery and applied patches.

ANECDOTES AND CURIOSITIES:
Despite the addition in January of a very young Adriano from Inter, the team is unable to avoid relegation. The season marked the beginning of the end, the following year he failed to register for the Serie B championship and was later declared bankrupt due to serious financial defaults.

CLASSIFICATION IN THE CHAMPIONSHIP: 17th relegation