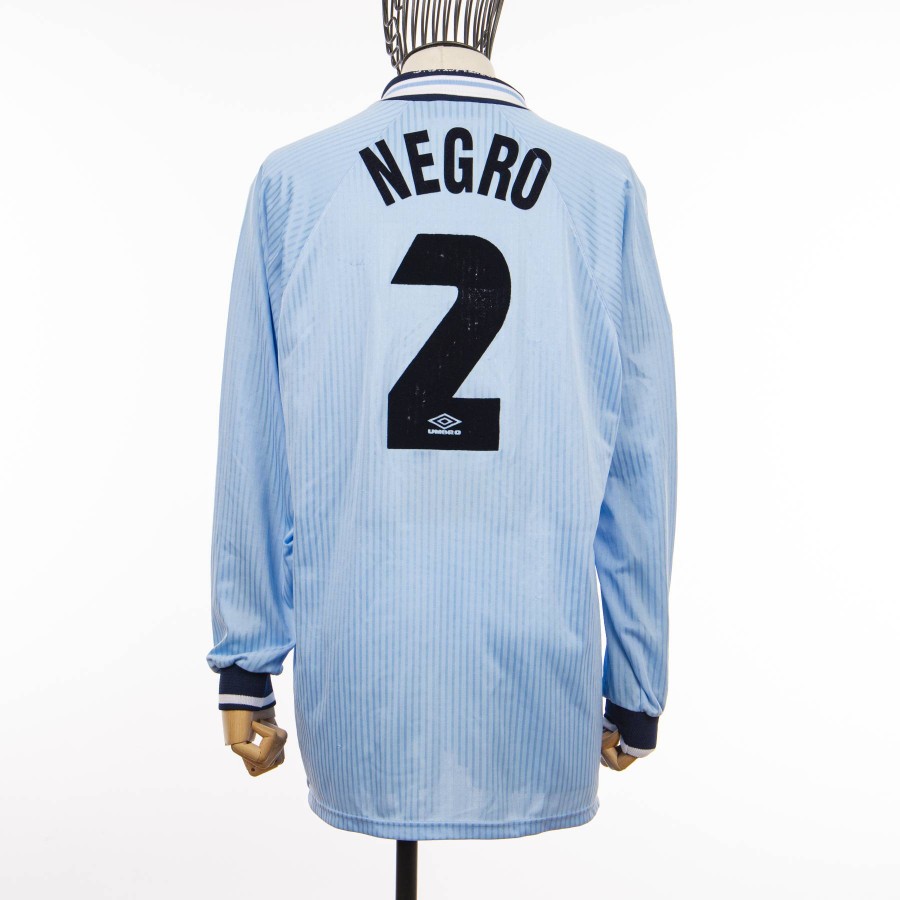 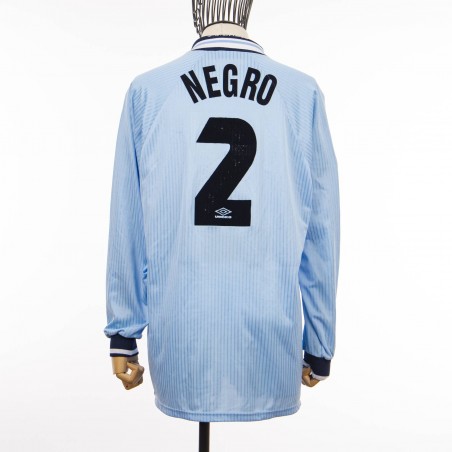 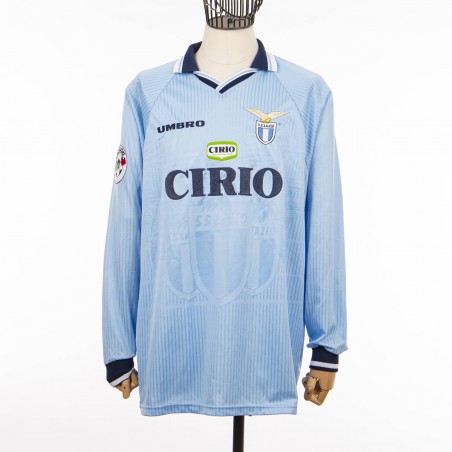 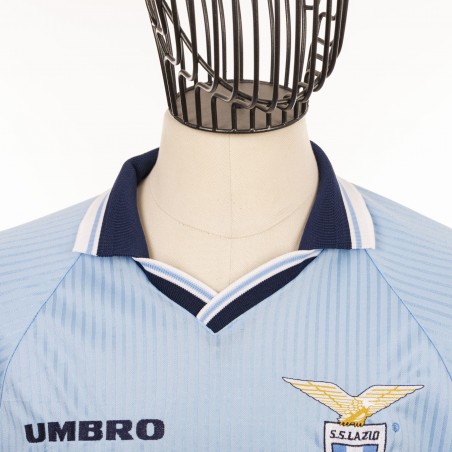 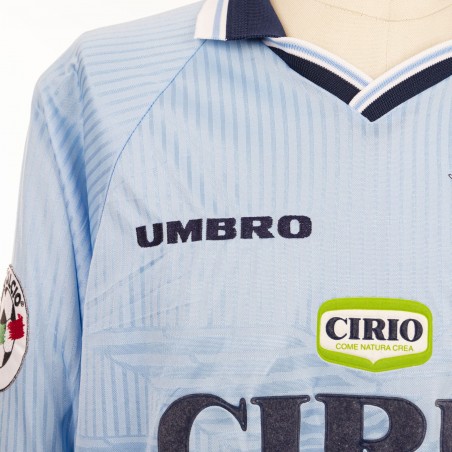 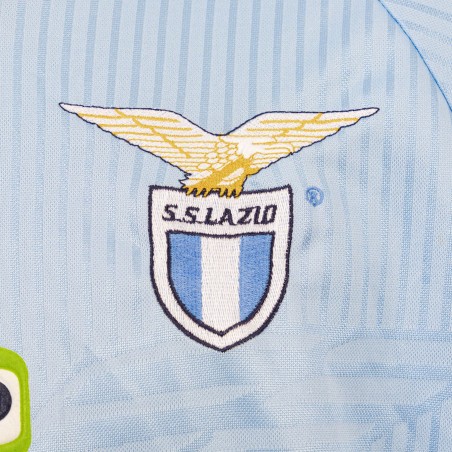 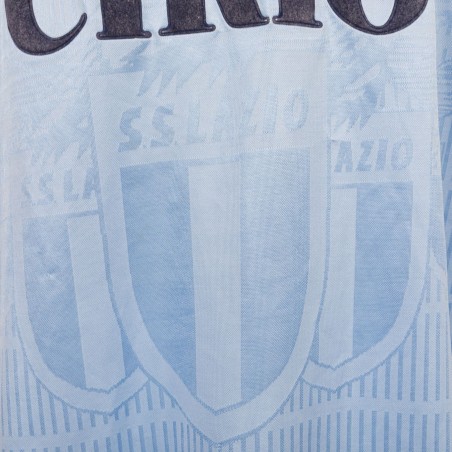 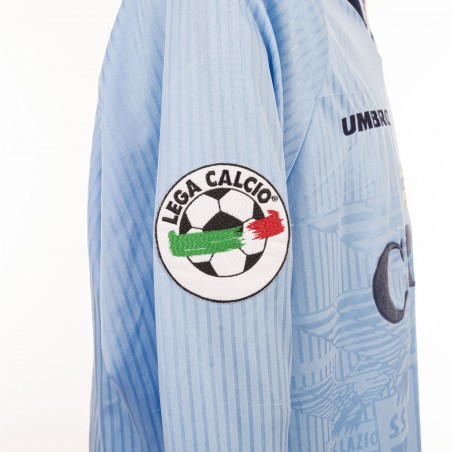 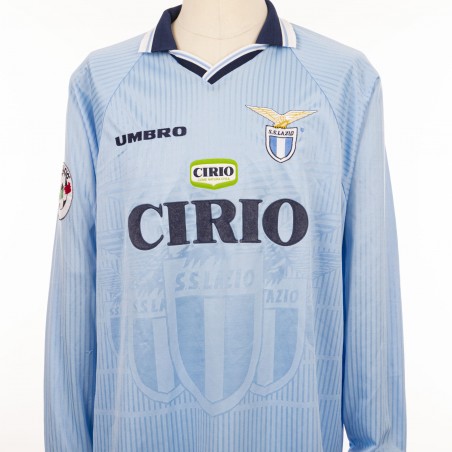 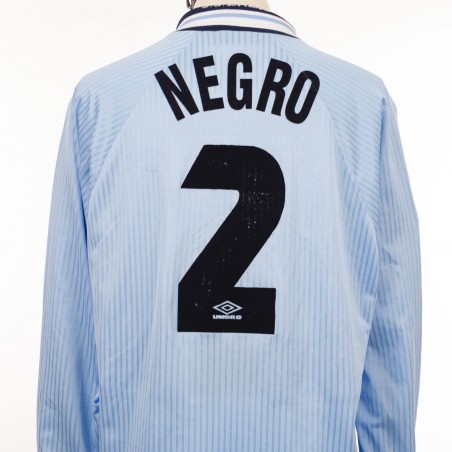 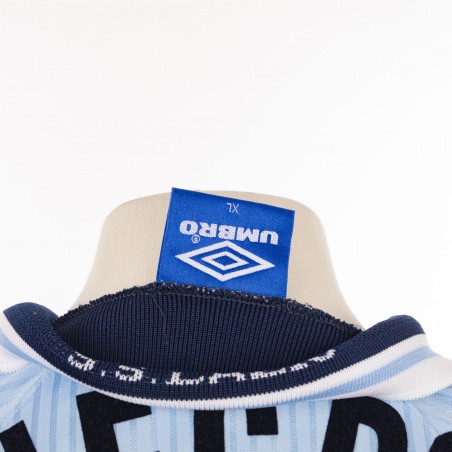 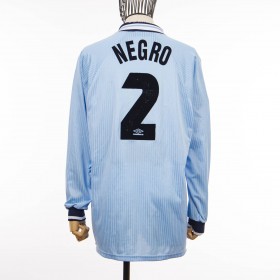 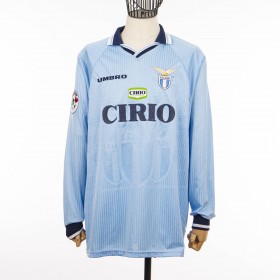 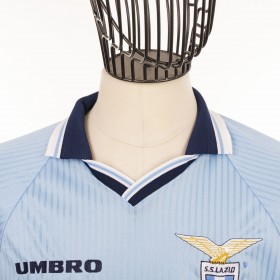 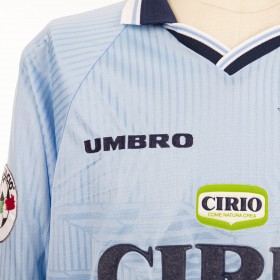 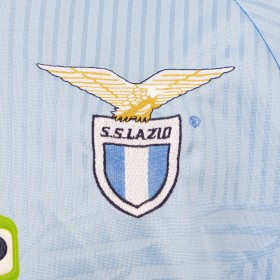 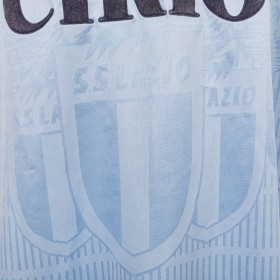 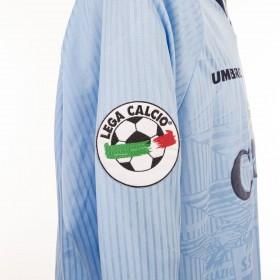 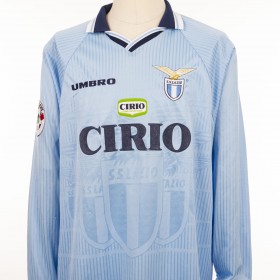 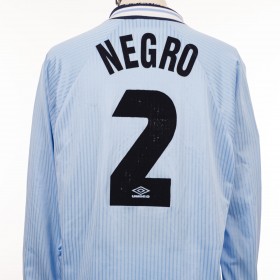 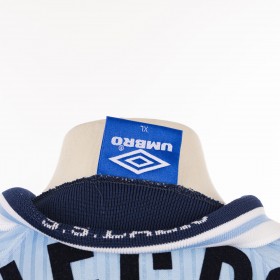 Vintage match shirt in ideal conditions, year 97/98, name and number Negro 2, soft fabric and color and texture in order, two slight stains: one on the left sleeve and the other on the right shoulder. Slightly worn commercial sponsor (Cirio), Umbrian technical sponsor.

The 1998 UEFA Cup final between Inter and Lazio was the fourth, and so far the last occasion in which two Italian teams competed for the trophy, a worthy end to a season that marked, even in controversies, the history of the two clubs and of all Italian football.
Lazio, at the end of February had spread the Nerazzurri 3-0 and were a serious contender for the Scudetto. The biancocelesti had for long stretches undermined both Simoni's and Marcello Lippi's squads, but they died at the end, which saw them lose at the Olimpico with Juventus and collect just one point in the last six games, falling to seventh place. Like Inter, Lazio had strengthened considerably at the behest of Sergio Cragnotti, who entrusted the team to the Swede Sven-Göran Eriksson. The former Sampdoria coach brought number 10 Roberto Mancini with him from Genoa (Giuseppe Signori did the reverse in the autumn transfer session), while the club snatched Vladimir Jugovi? and prodigal son Alen Boksi? from Juventus. The midfield was renewed with the arrival of Matías Almeyda, the defense with full-back Giuseppe Pancaro. Among its ranks Lazio also included the elegant 21-year-old defender Alessandro Nesta (whom Eriksson called the strongest footballer coached at Lazio) and a 24-year-old Pavel Nedved, who as a left winger ended the season as team top scorer with 15 goals in all. competitions, as many as Boksi?.