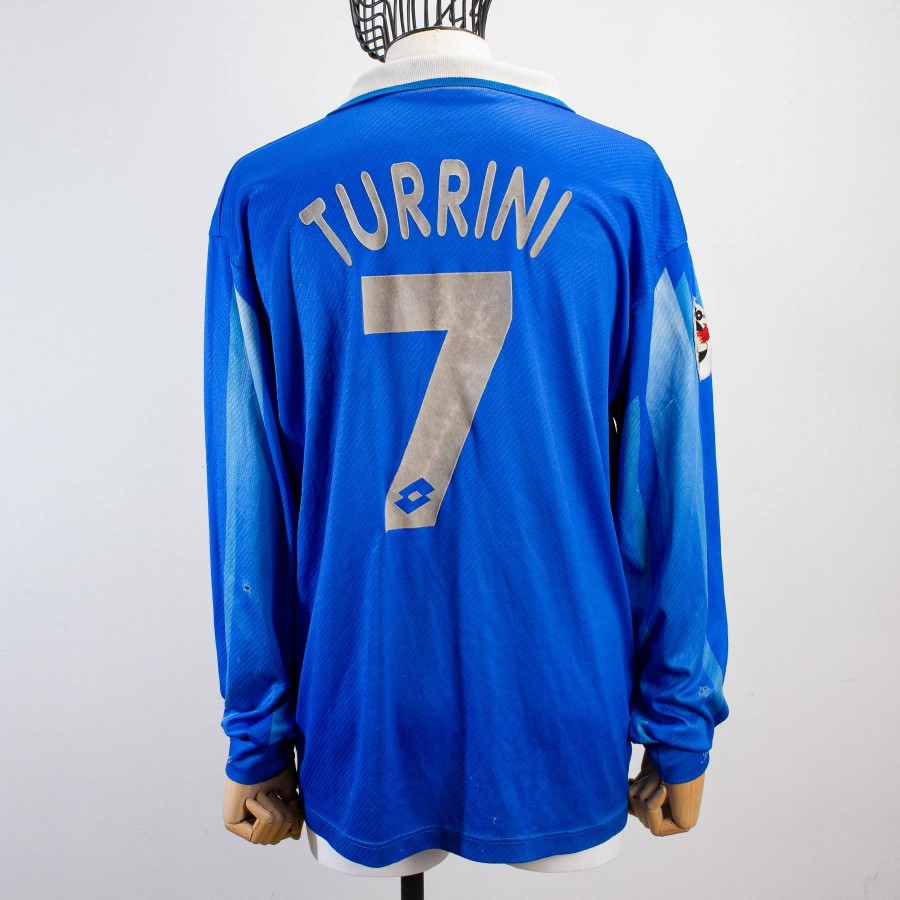 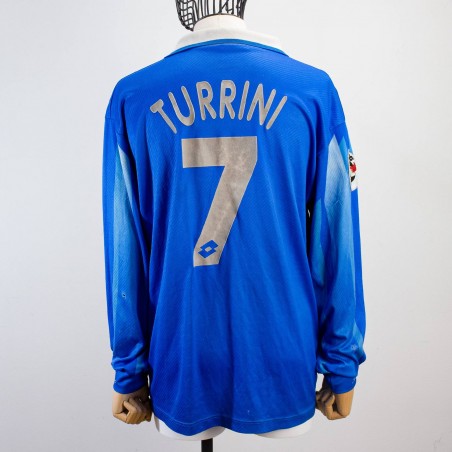 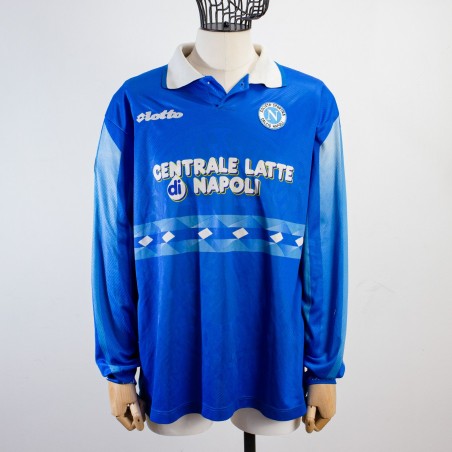 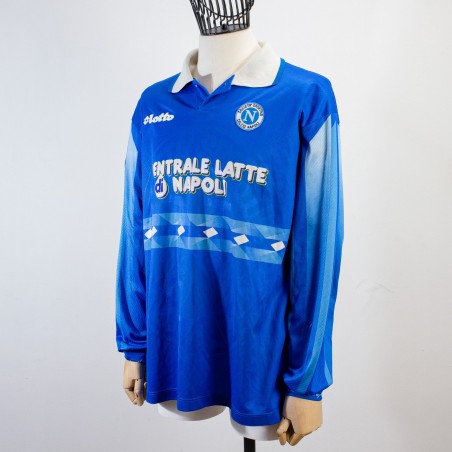 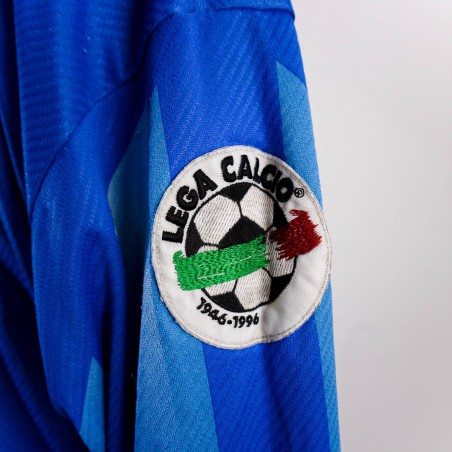 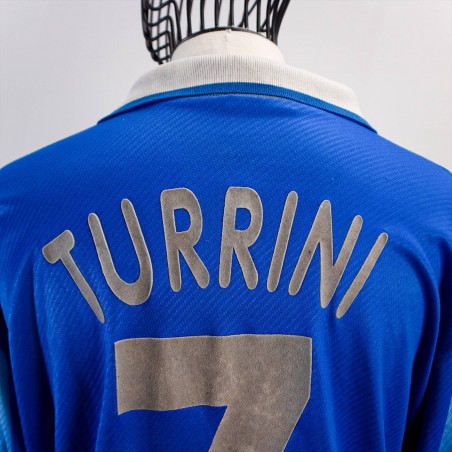 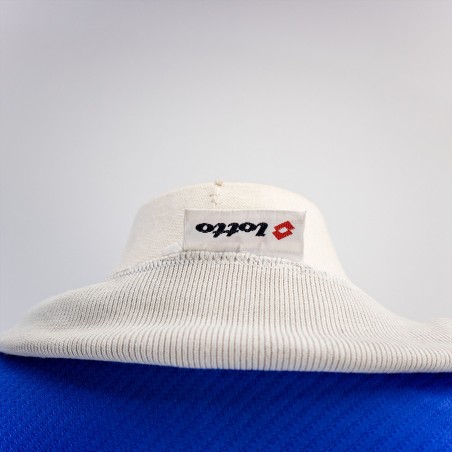 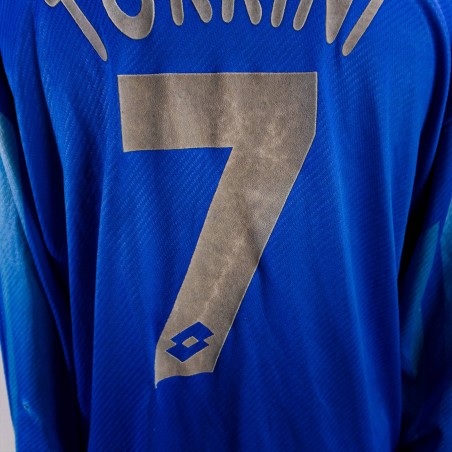 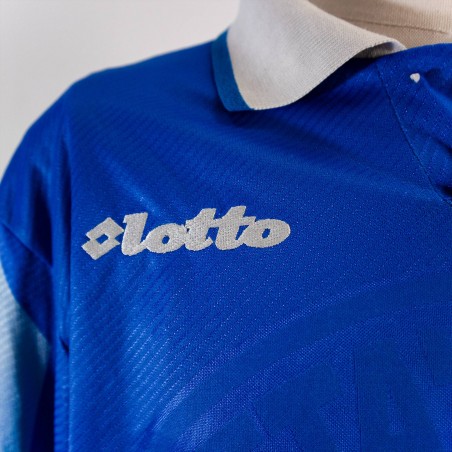 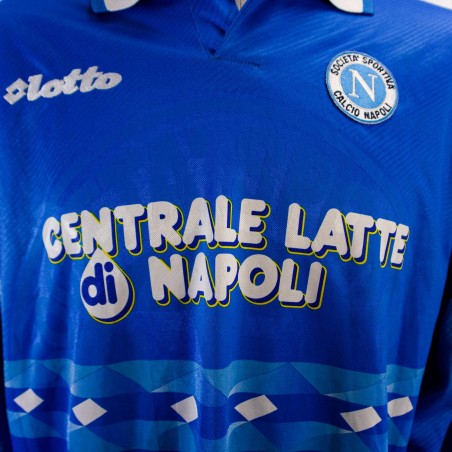 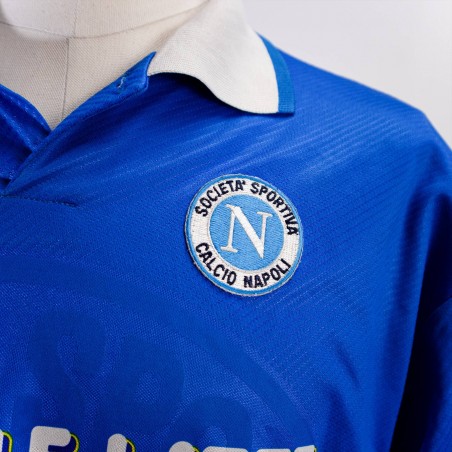 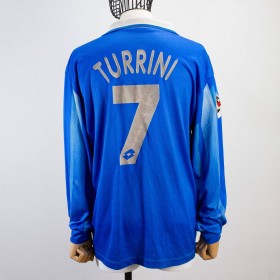 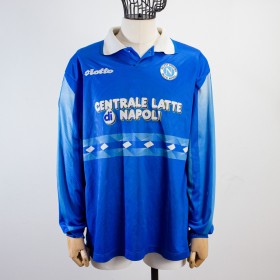 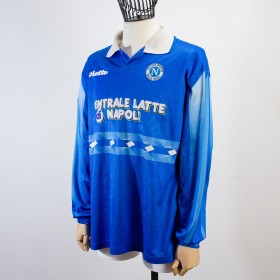 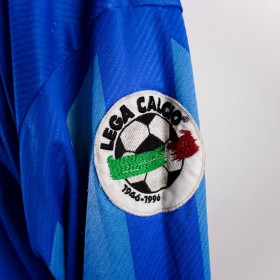 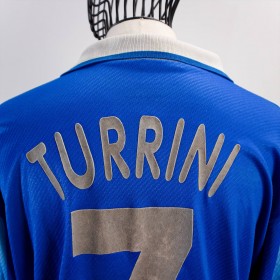 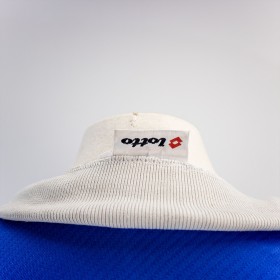 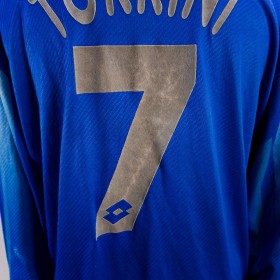 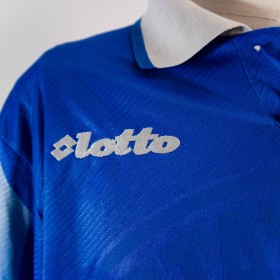 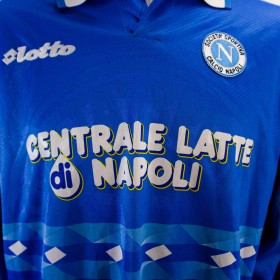 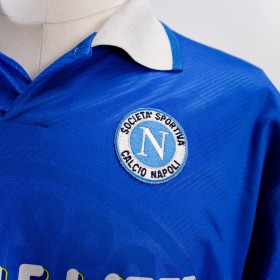 Vintage match shirt, year 96/97, Turrini name and number 7, missing button, two holes of maximum 2 cm on the lower part of the sleeves, one on each. Back prints darkened by time, patches and weft in order. Technical sponsor Lotto, commercial sponsor of Central Milk of Naples.

Bad year of 96/97 for Napoli led by coach Gigi Simoni, who after a decent start to the championship, ends in 13th place, ahead of Bartolo Mutti's Piacenza, one step away from relegation. Nightmare final, the Neapolitans saw every European dream of revenge extinguished when from the 13th to the 16th matchday they lost against Roma, Fiorentina and Inter, winning only against Lazio in the 14th day, thus slipping from 7th place to 10th. But despite everything you could not not love Gigi Simoni. He happened in a Napoli that had long since abandoned dreams of glory, but which nevertheless managed to bring to the Italian Cup final and only for a misadventure with Ferlaino who did not remain seated at the technical guide of Naples for the final, in fact he was replaced by Vincenzo Montefusco .