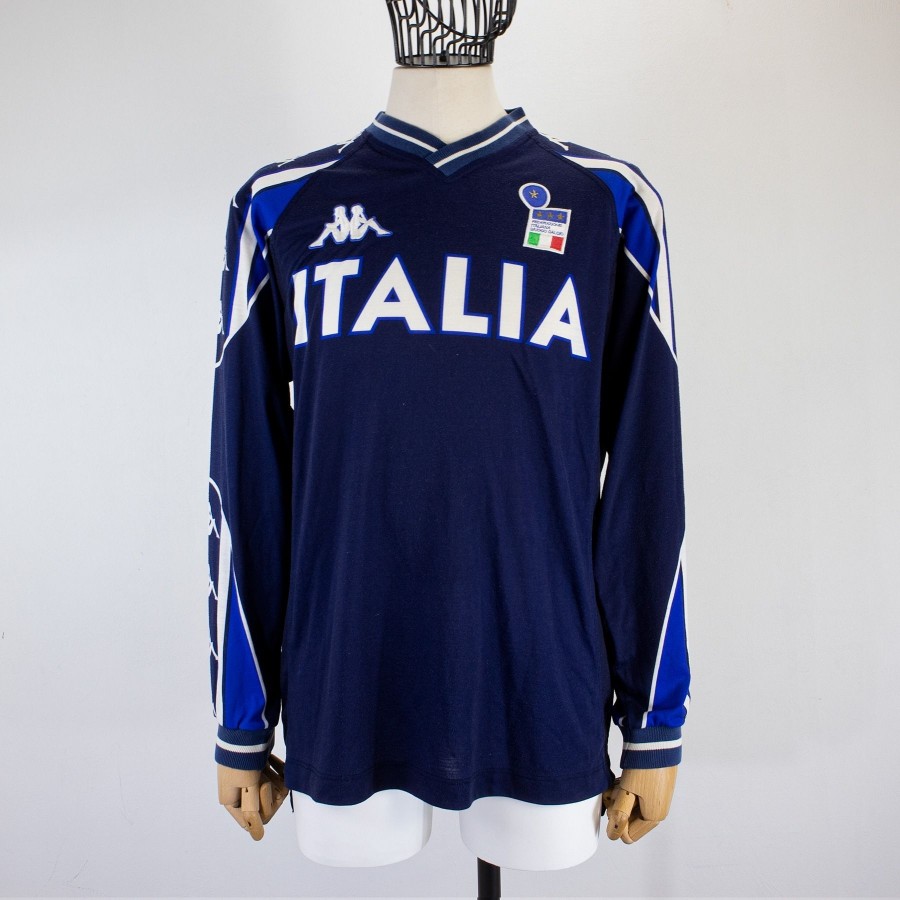 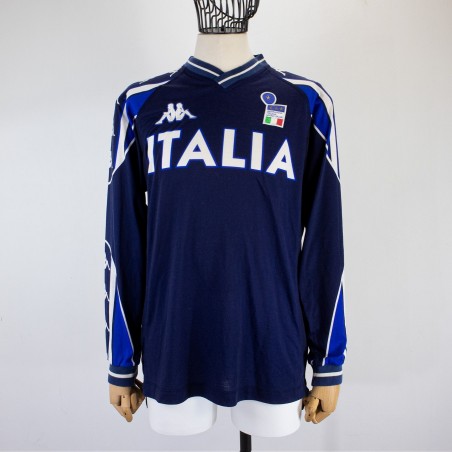 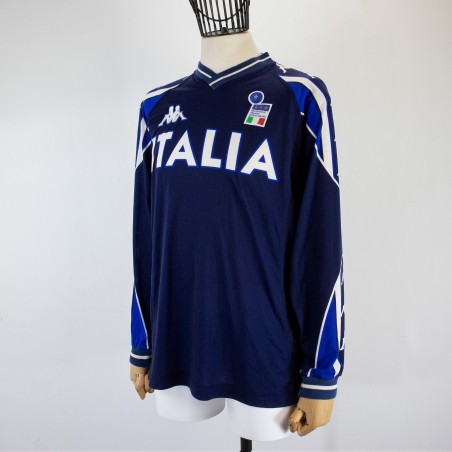 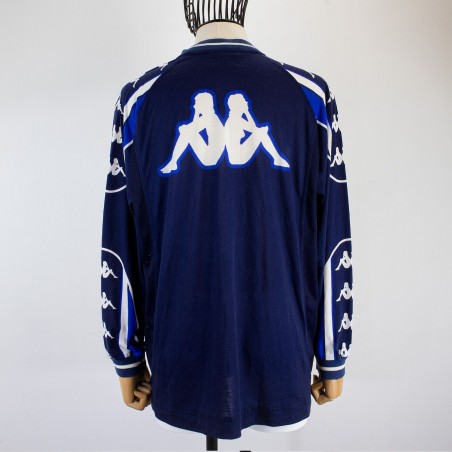 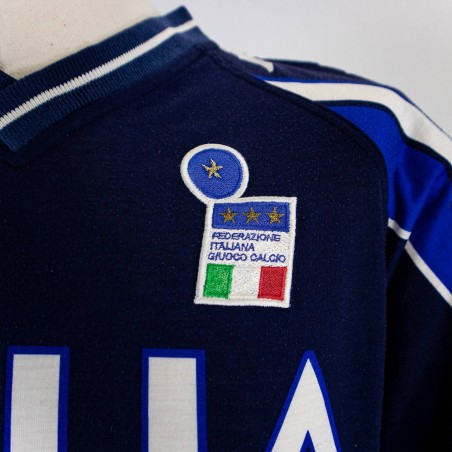 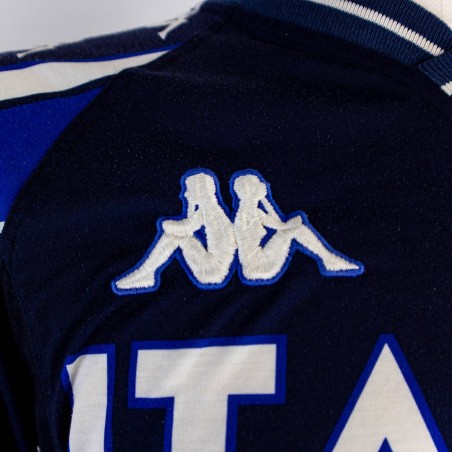 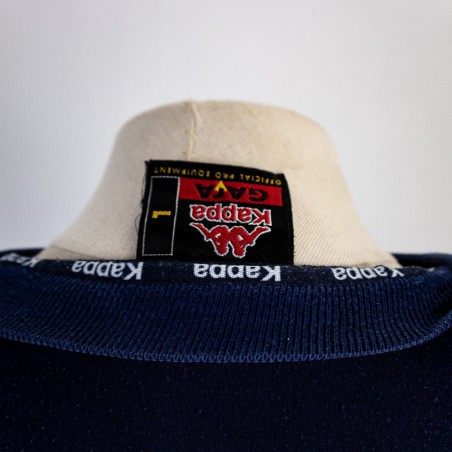 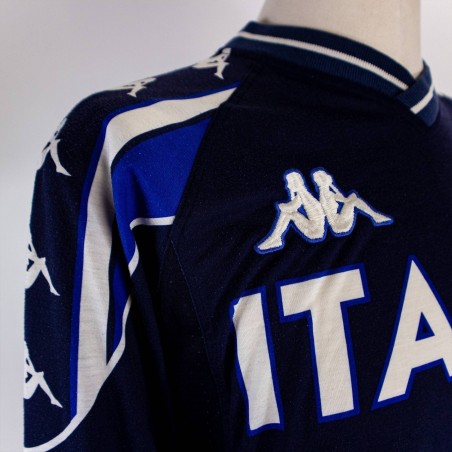 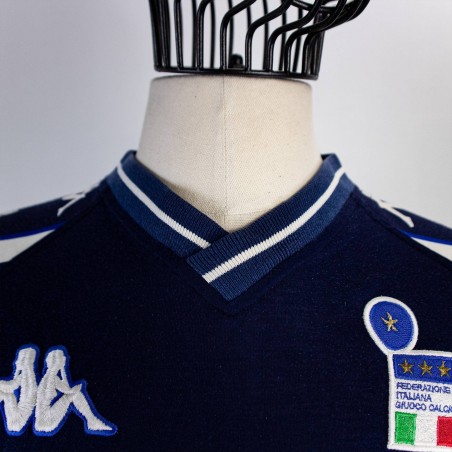 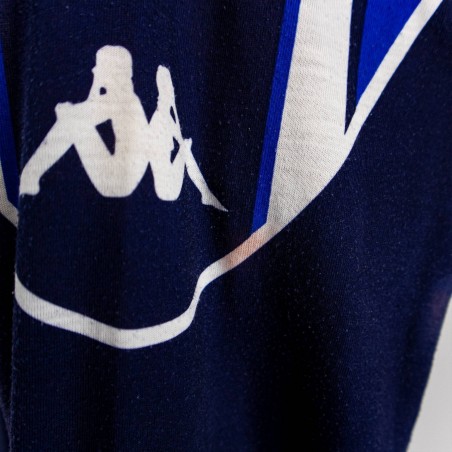 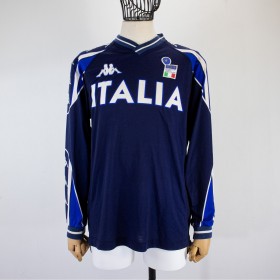 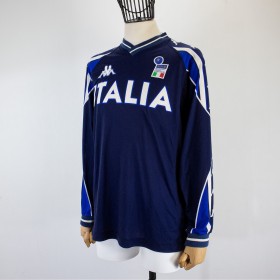 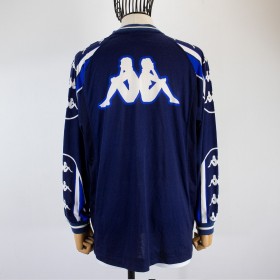 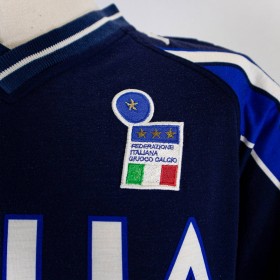 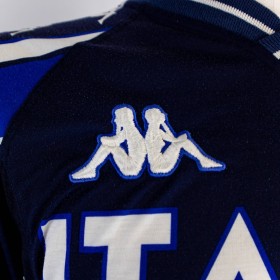 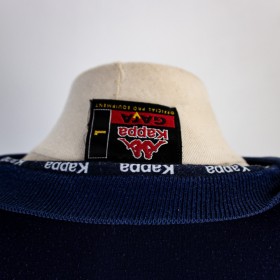 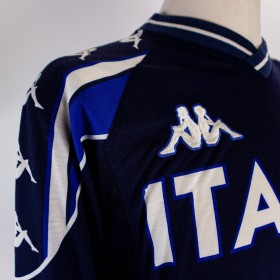 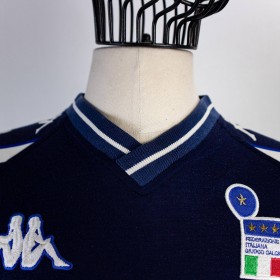 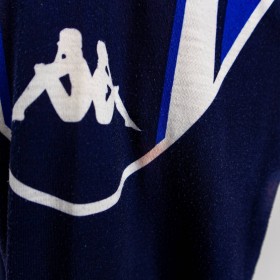 Italy jersey from the early 2000s Kappa training collection. With sublimation applications and lettering. Logo on the Kappa band on the sleeves. In fair storage conditions.

The texture of the product features Kappa lettering and logo impressed
Emblem sewn
Technical sponsor in sublimation on the back and on the handle, embroidered on the front

In the Belgian and Dutch European Championships played in 2000, the team with the most Italian players called up was Juventus with 8.