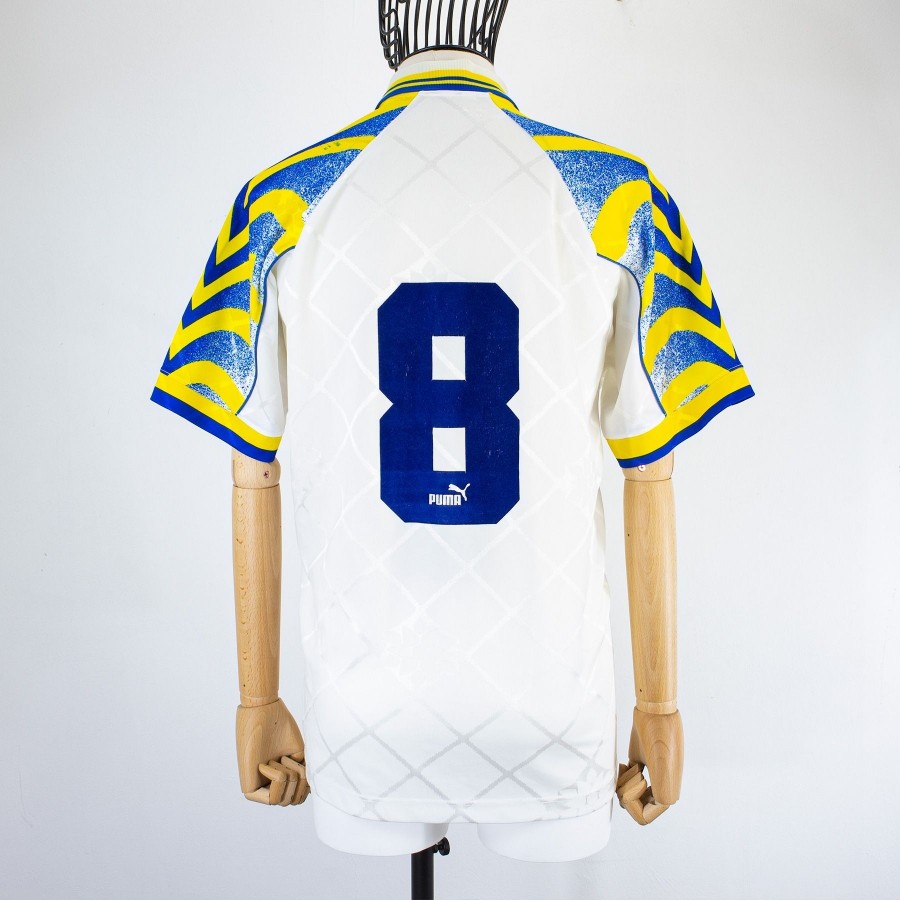 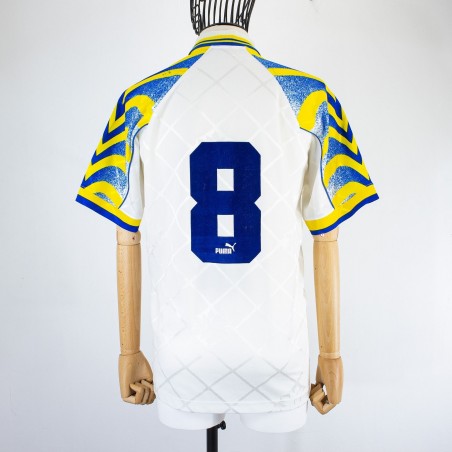 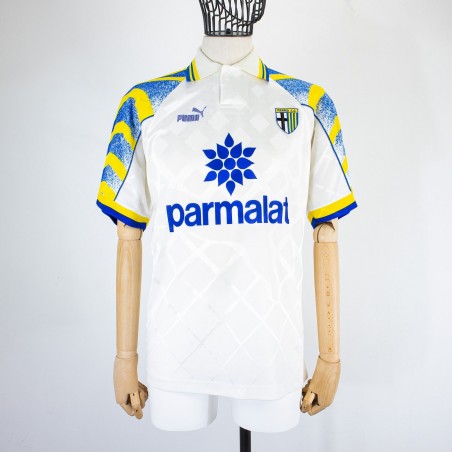 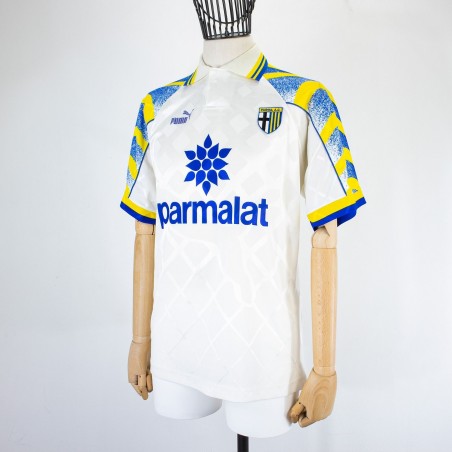 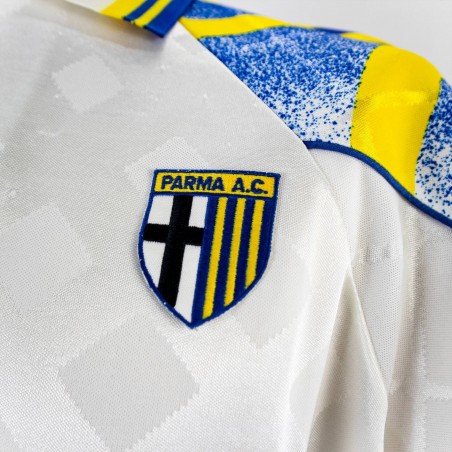 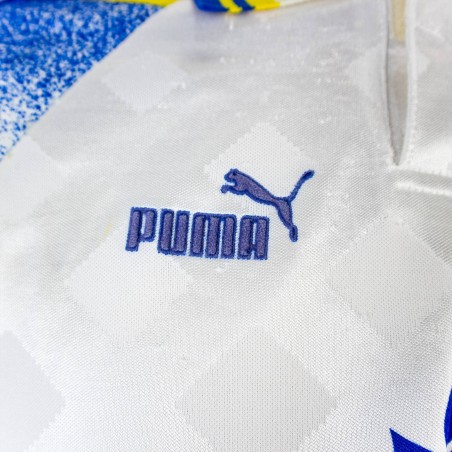 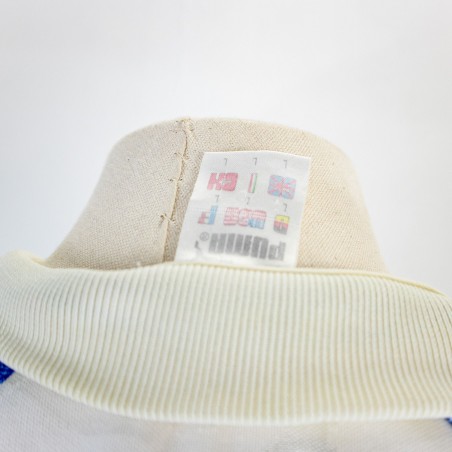 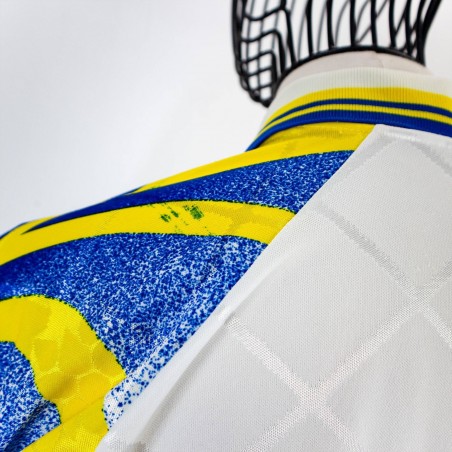 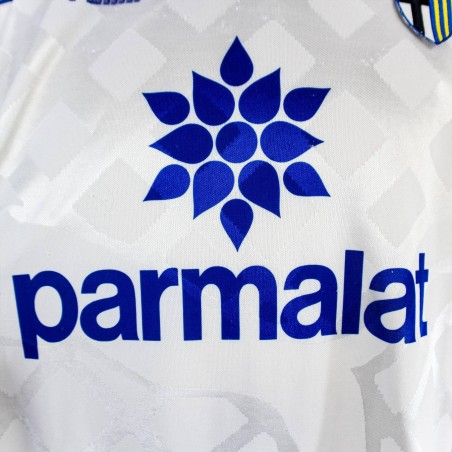 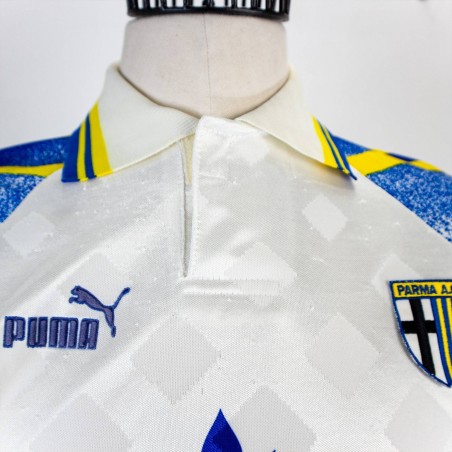 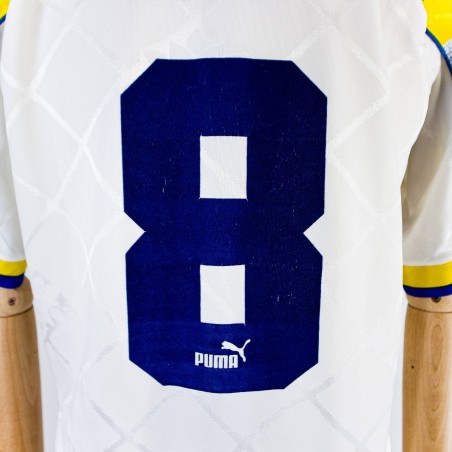 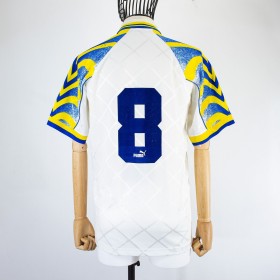 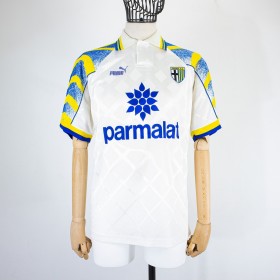 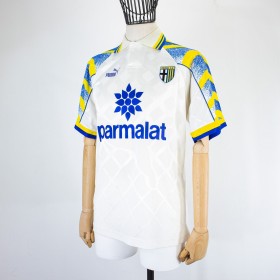 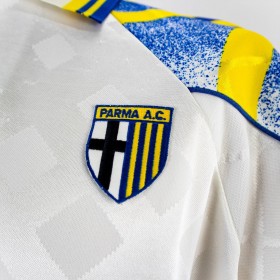 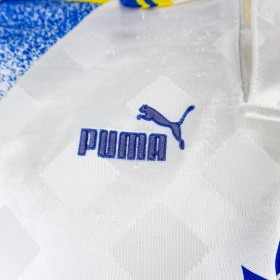 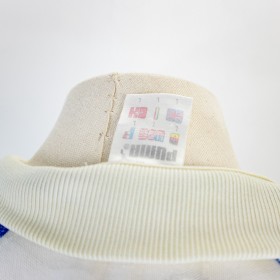 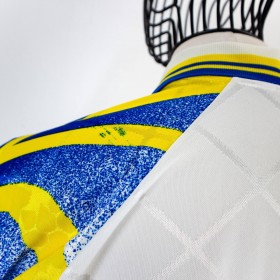 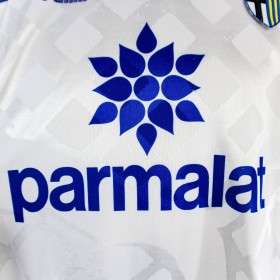 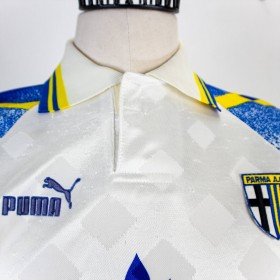 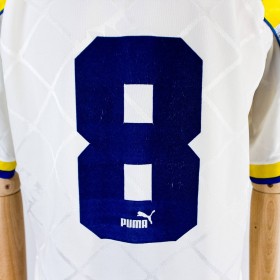 Parma jersey made by Puma for the 1995/1996 season with the number 8 used by Hristo Stoichkov. Historic jersey of the scudocrociata team with some signs of aging, the material in some points is felted. Applications are faded.

The color of the material shows the signs of the tampo
Jersey texture with yellow and blue inserts, blue piping, square pattern with the logo and the word parmalat
The club crest in applied embroidery
The commercial sponsor is in the sublimation plot
Personalization 8 is in flock
The logo of the technical sponsor is in flock

Stoichkov arrives in Parma in the summer of 1995 together with Fabio Cannavaro, the Bulgarian has never excelled in Italy. In the only season played in Serie A, he made only 23 appearances, scoring 5 goals.