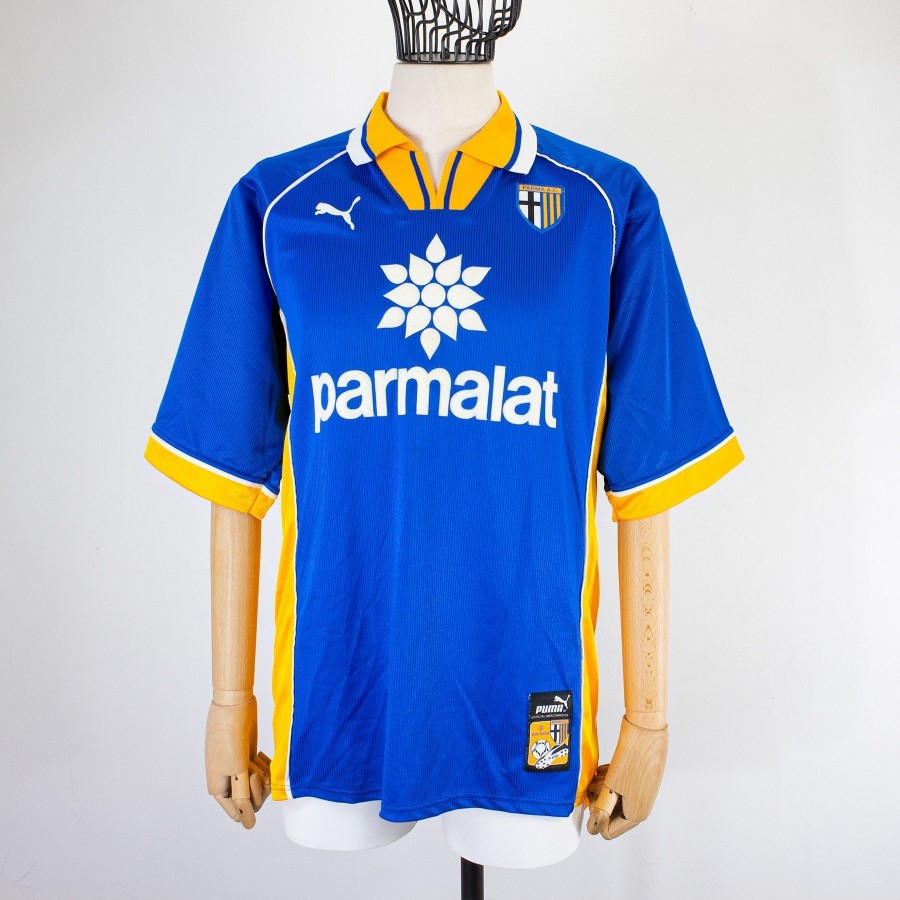 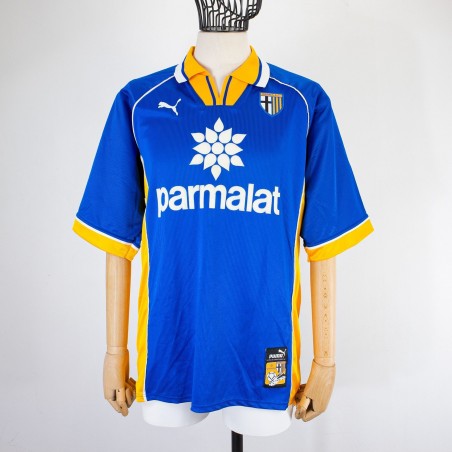 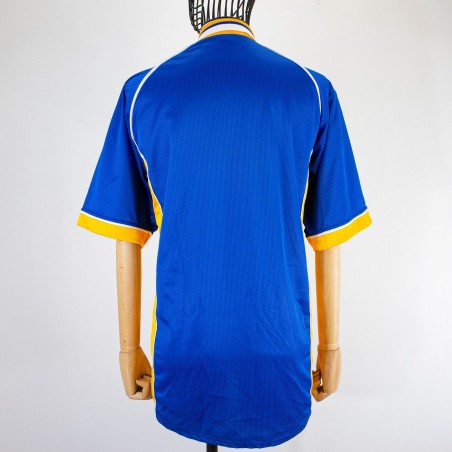 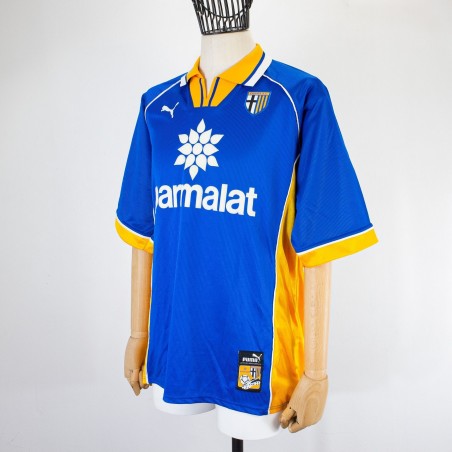 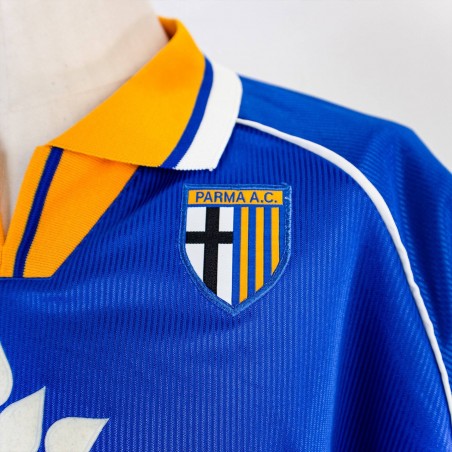 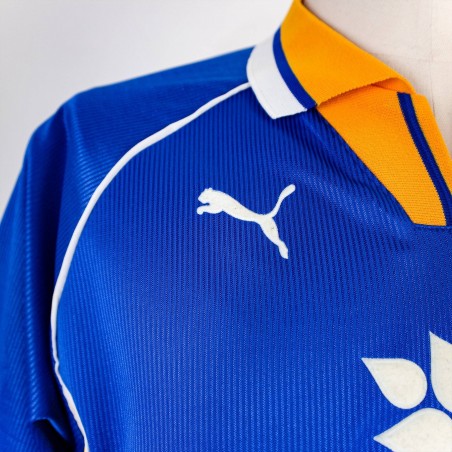 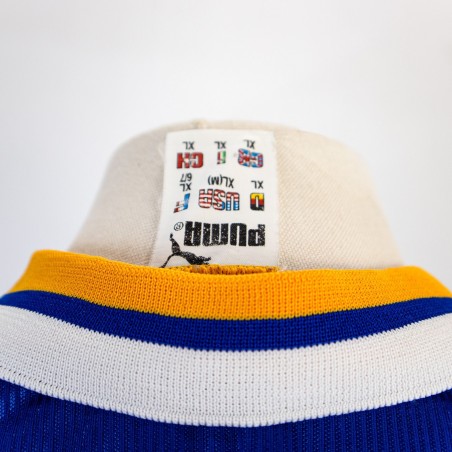 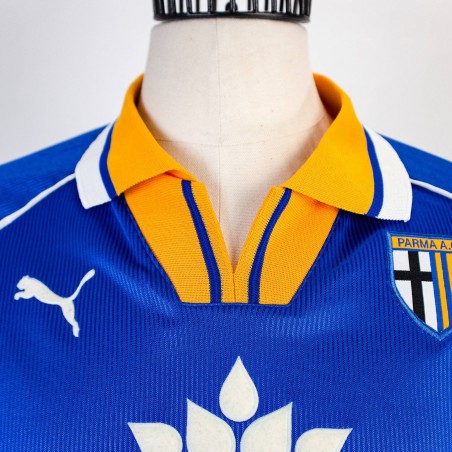 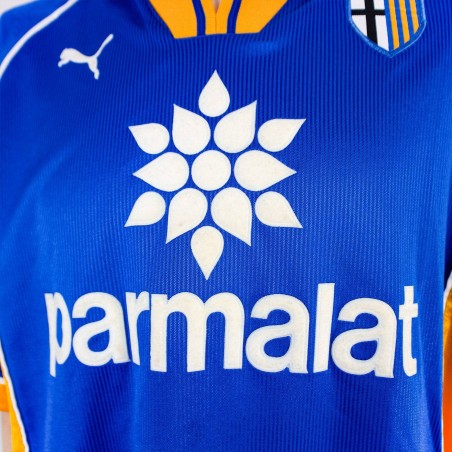 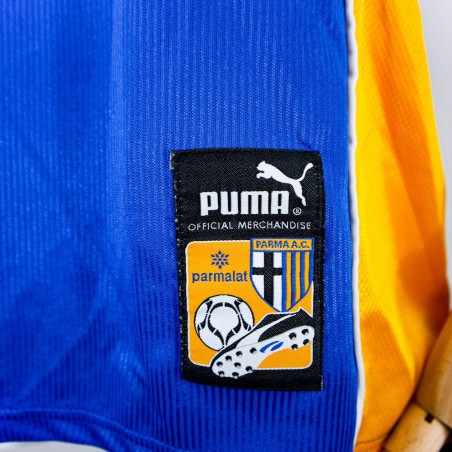 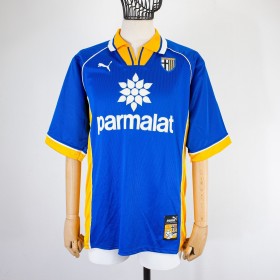 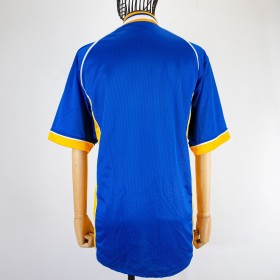 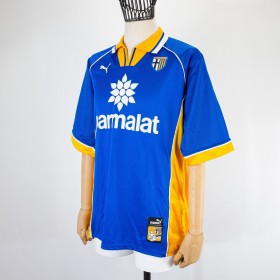 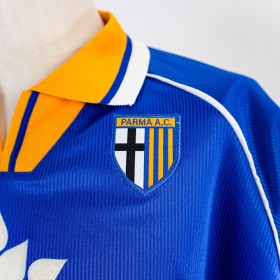 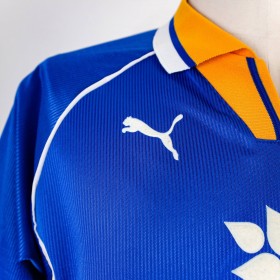 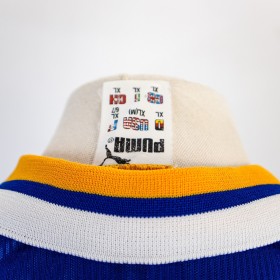 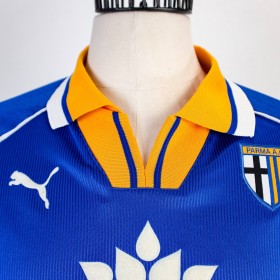 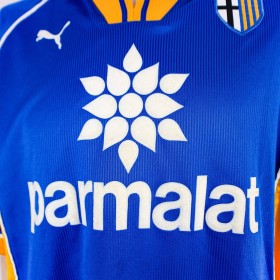 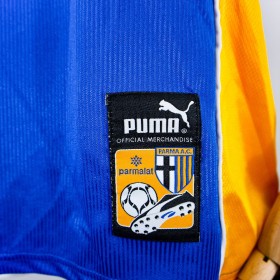 Parma jersey made by Puma for the 1997/1998 football season. The sponsors are applied in velveteen flock and are in excellent condition. The material, the seams and the rib have no defects.

On 5 November 1997 Parma were defeated 2-0 in the Champions League by Borussia Dortmund at the Westfalenstadion. The goalkeeper Buffon played a formidable match even saving two penalties against the Germans, his great performance only managed to contain the final passive.