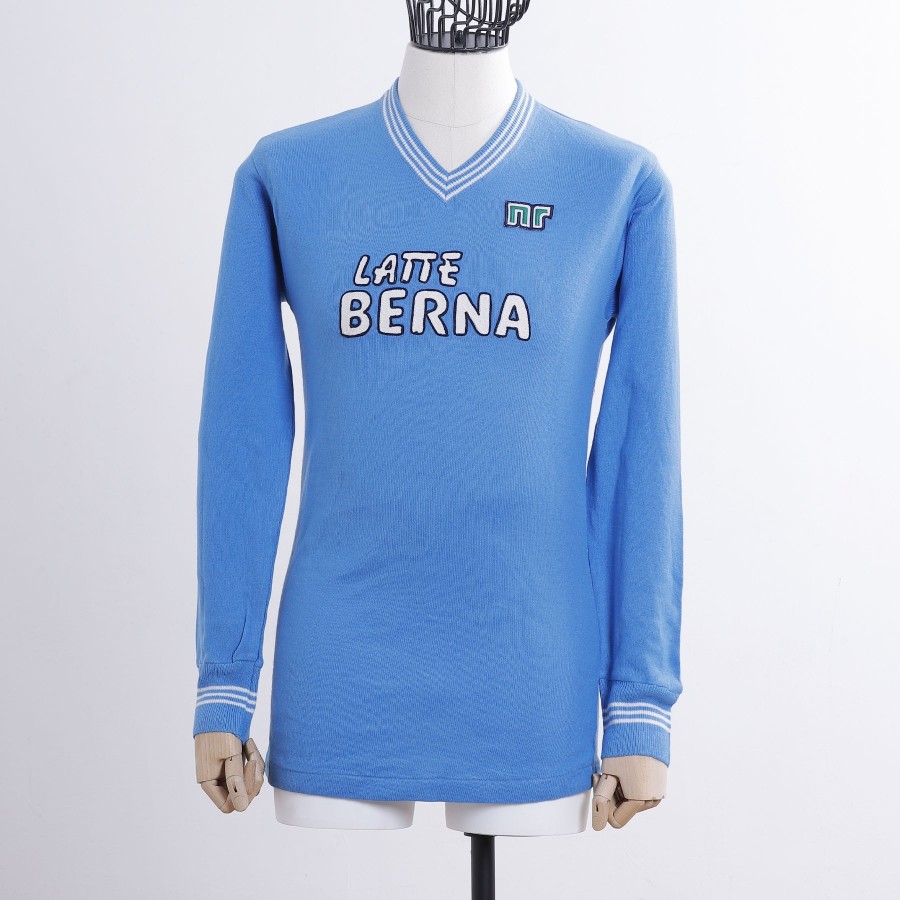 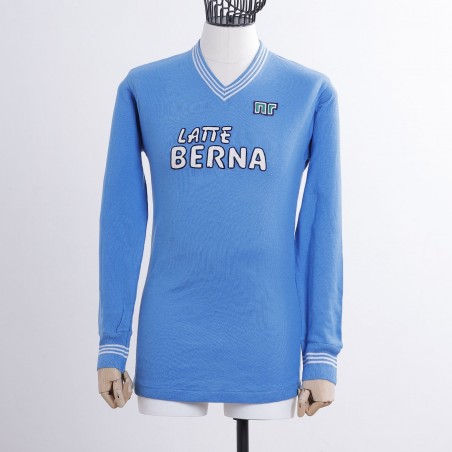 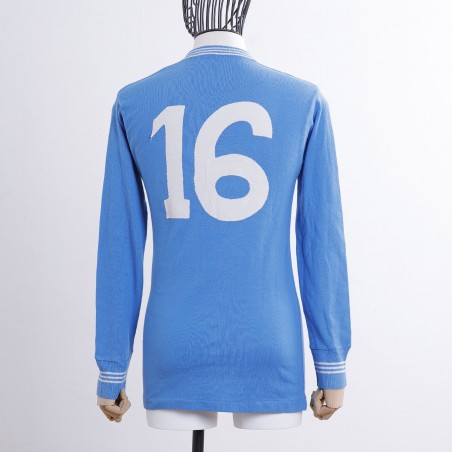 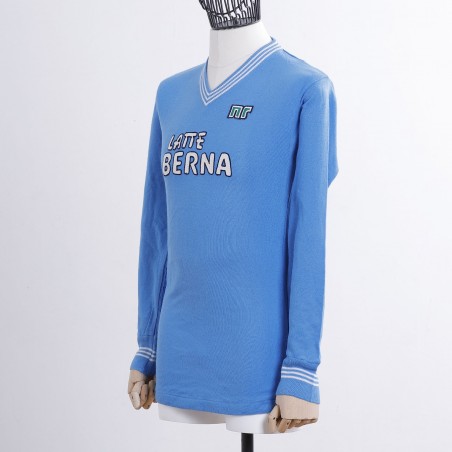 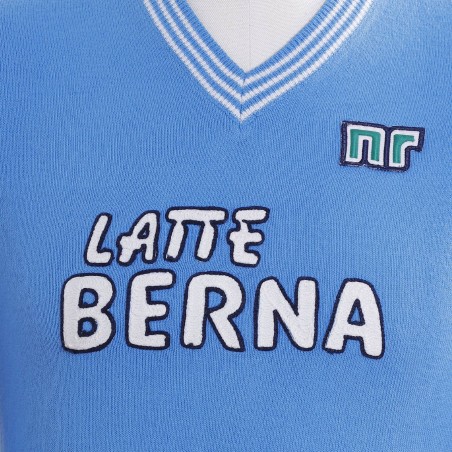 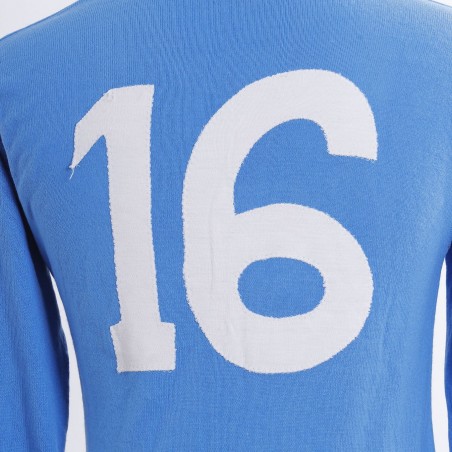 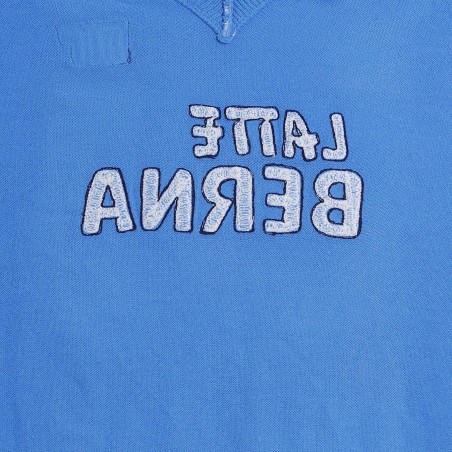 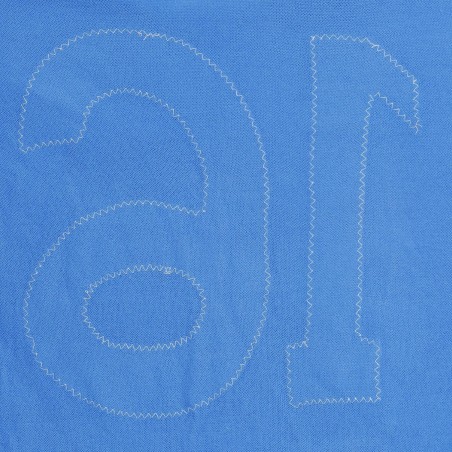 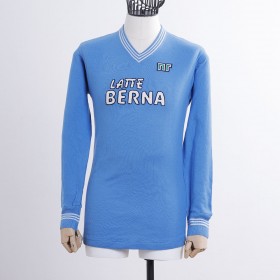 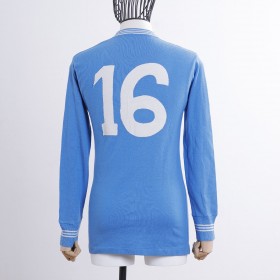 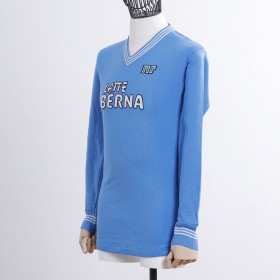 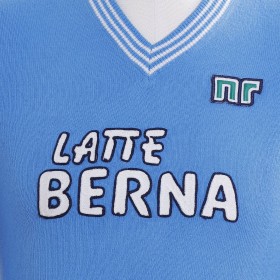 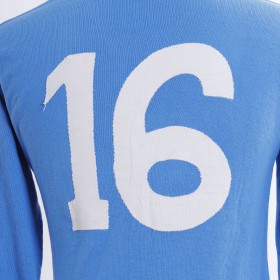 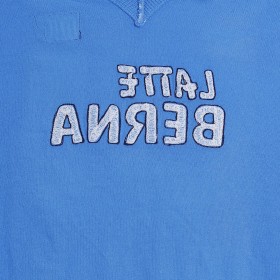 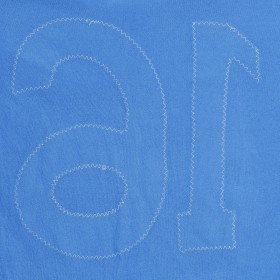 Logo sewn on the left. Sponsor Latte Berna embroidered in the plot.

Number 16 in white zigzag stitched on the back of the shirt.

CTRB label present in the shirt.

ANECDOTES AND CURIOSITIES:
he Serie A championship, 1983/84 season, sees Napoli save themselves in the final stages, with a point of advantage on the relegation block. In the first part of the championship, Pietro Santin, fresh from three seasons with Cavese, sat on the blue bench. Santin was relieved of his post after 20 disappointing matches, with Napoli stuck in the middle of the relegation zone. Only the return to the bench of Rino Marchesi, in the last 10 days of the championship, prevented the team of president Ferlaino from falling in the category.