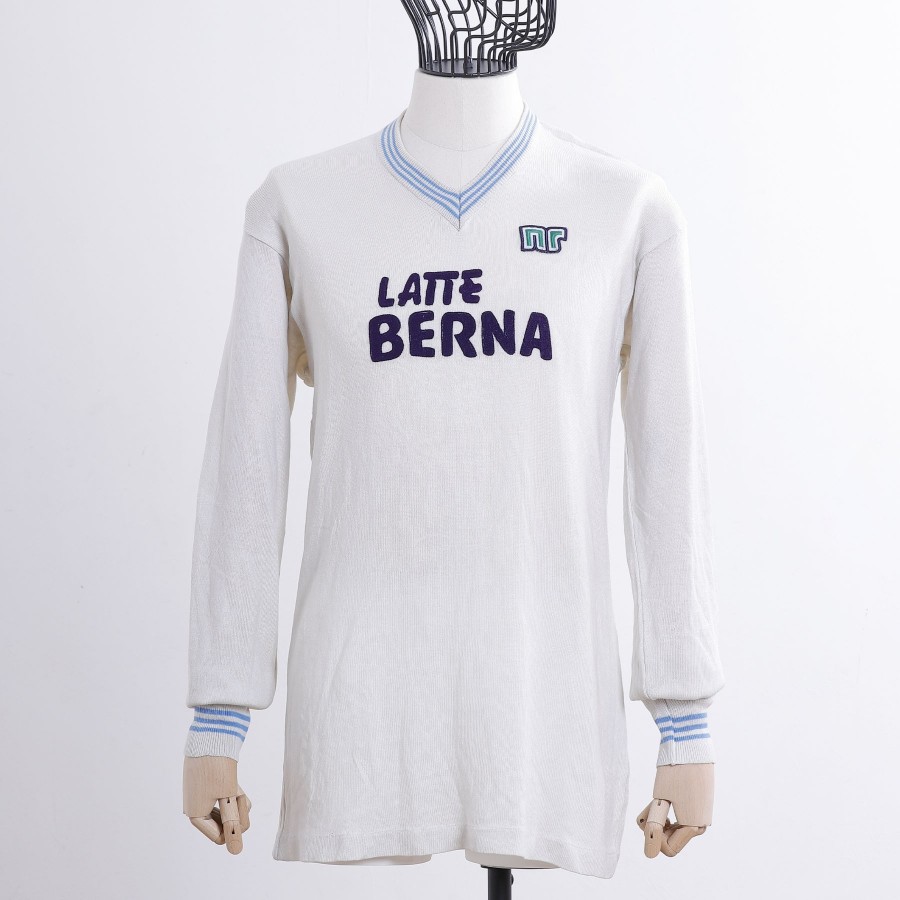 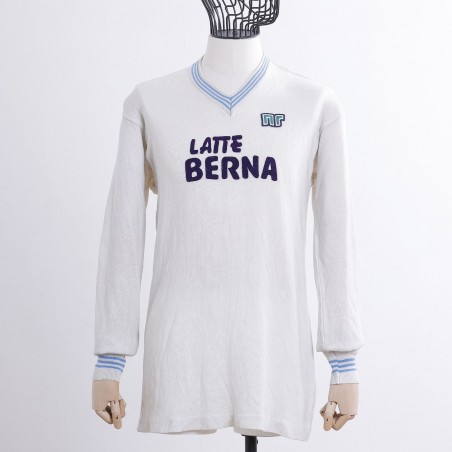 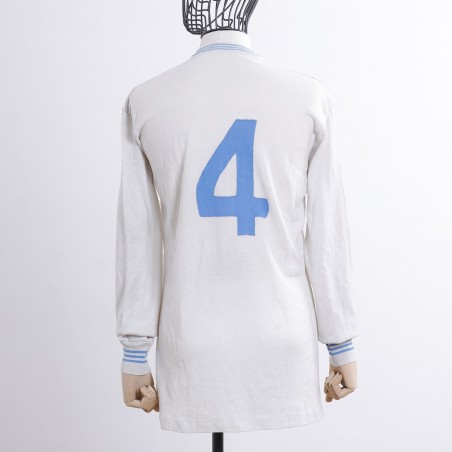 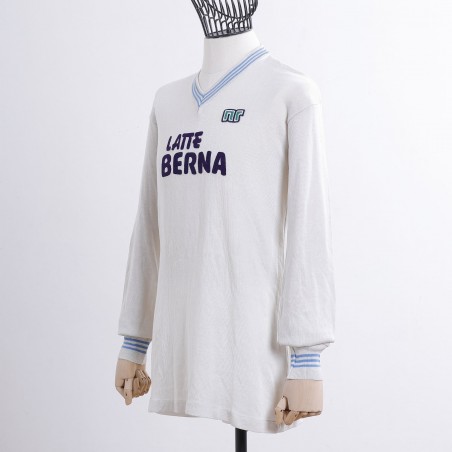 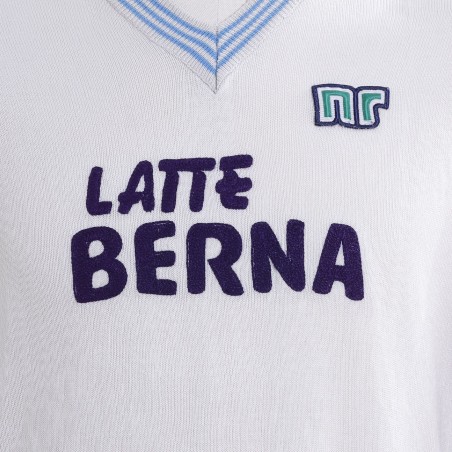 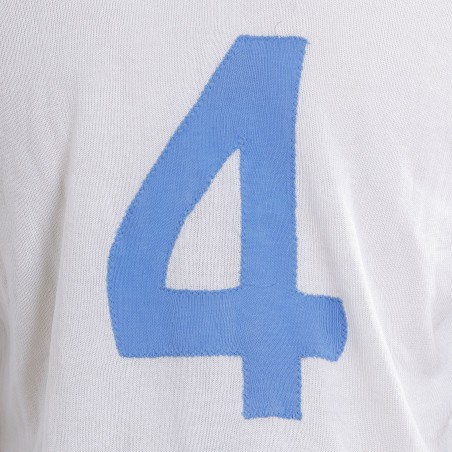 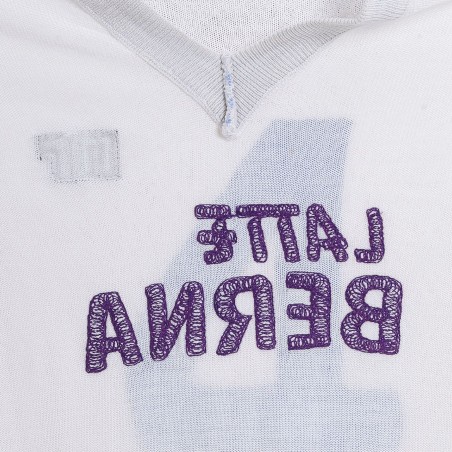 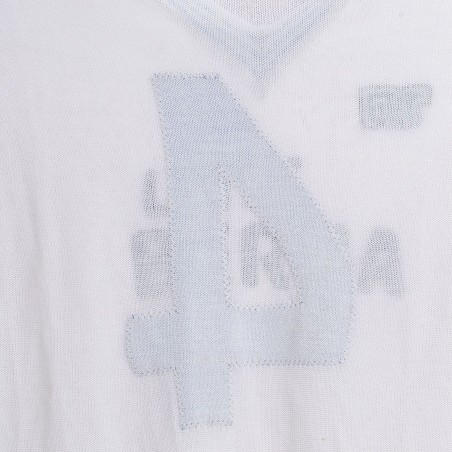 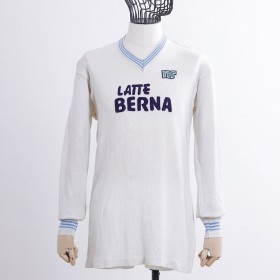 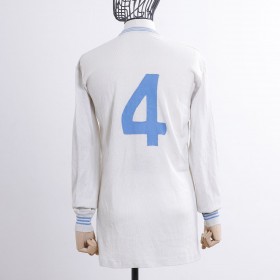 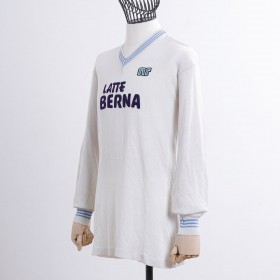 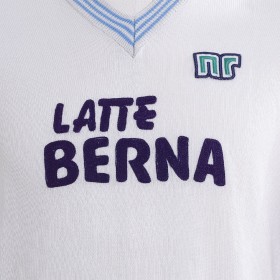 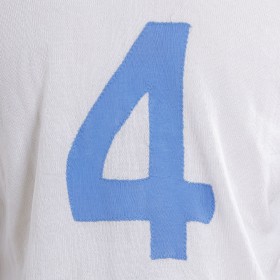 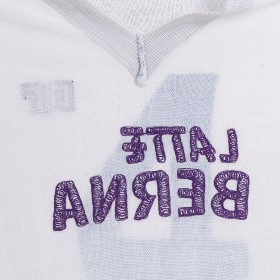 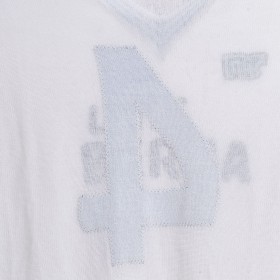 The shirt is in good condition, the fabric has its original characteristics, soft to the touch.

Away version of the official long-sleeved shirt.

Logo sewn on the left. Sponsor Latte Berna embroidered in the plot.

Number 4 in light blue sewn in a zig zag pattern on the back of the shirt.

ANECDOTES AND CURIOSITIES:
This is the season preceding Diego Armando Maradona's arrival in Naples. The season was particularly disappointing, with Napoli committed to not relegating for the duration of the championship. The arrivals of De Rosa, Caffarelli, Masi, Boldini, Frappampina and the Brazilian Dirceu, purchased by the director Juliano under the directions of the coach Santin, were not enough to play a quiet championship. Rino Marchesi, called on the bench to replace Santin 10 days from the gong, succeeded in the complicated mission of saving Napoli from Serie B