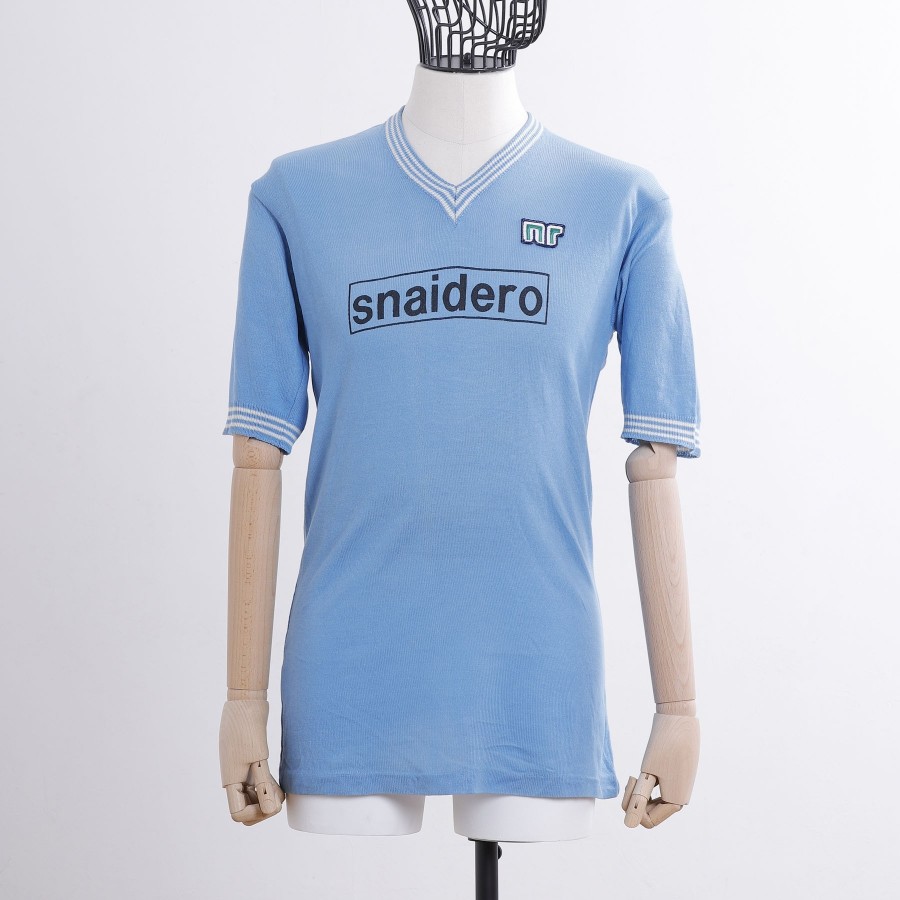 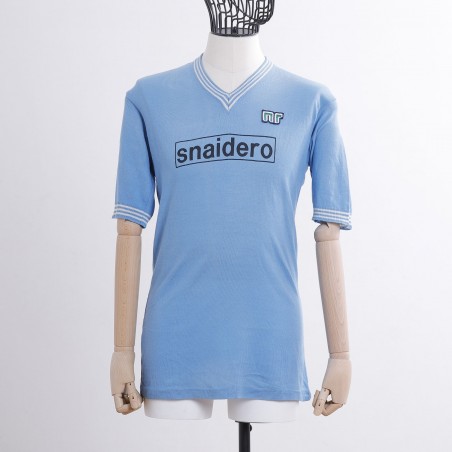 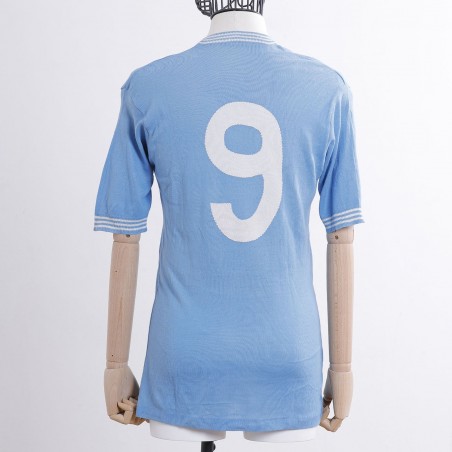 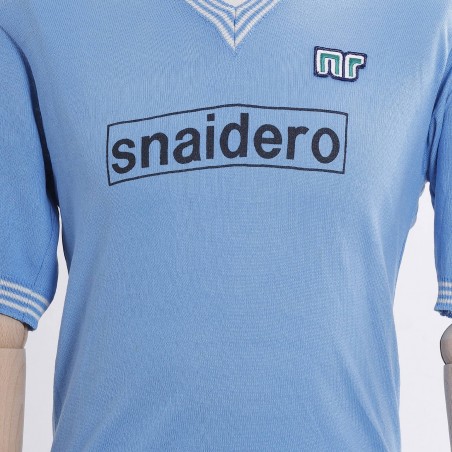 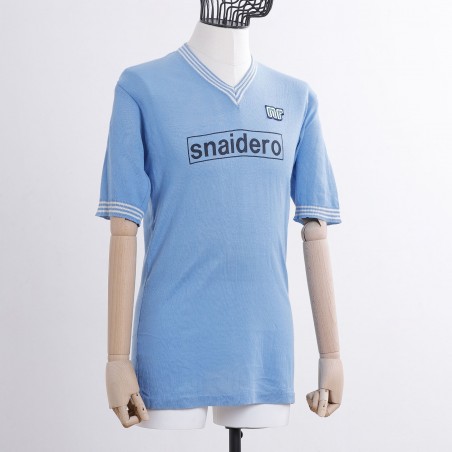 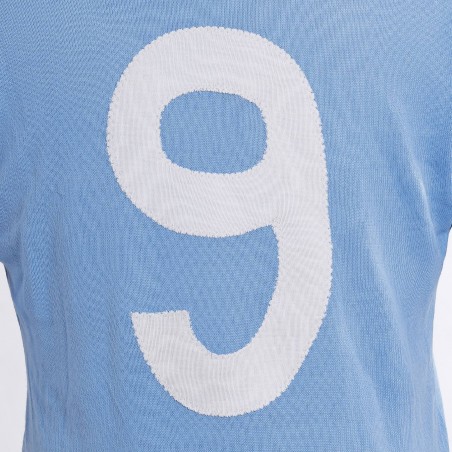 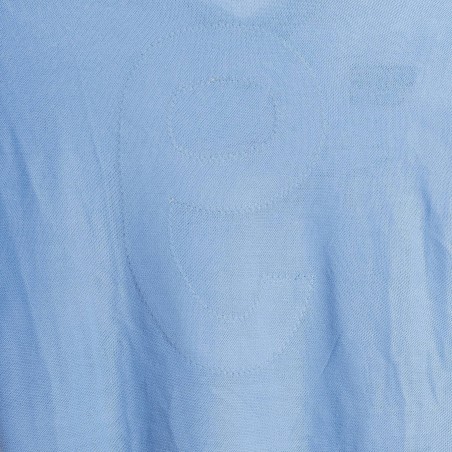 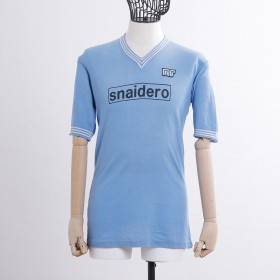 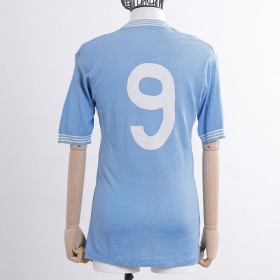 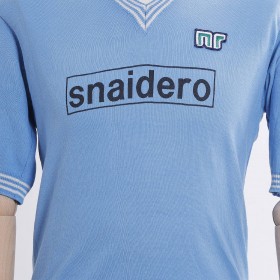 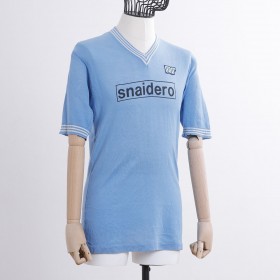 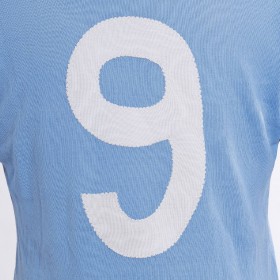 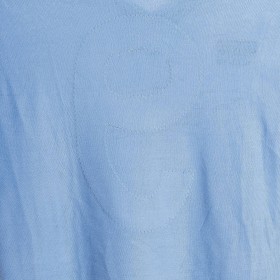 The shirt is in good condition, the fabric has the original characteristics, soft to the touch. The logos are in perfect condition. Label Nr and Size 52 present inside the shirt.

Short-sleeved light blue shirt used during the 1981/1982 season. The shirt features the Ennerre logo sewn in a more rare, Sanidero sponsor painted in negative. Number 9 sewn on the back of the shirt.

ANECDOTES AND CURIOSITIES:
The 1981/82 Serie A championship could be defined as positive, thanks to the final fourth place with a distance of 9 points from the Italian champion Juventus. The best Neapolitan scorer was Claudio Pellegrini with 11 goals scored in the league. Despite the good performance, for the upcoming world soccer championships in Spain, the coach of the national team Enzo Bearzot did not call any Neapolitan footballer for the Iberian expedition, instead rewarding the “Juve block”. Choice that will prove to be spot on.

CLASSIFICATION IN THE CHAMPIONSHIP: 4th place in Serie A