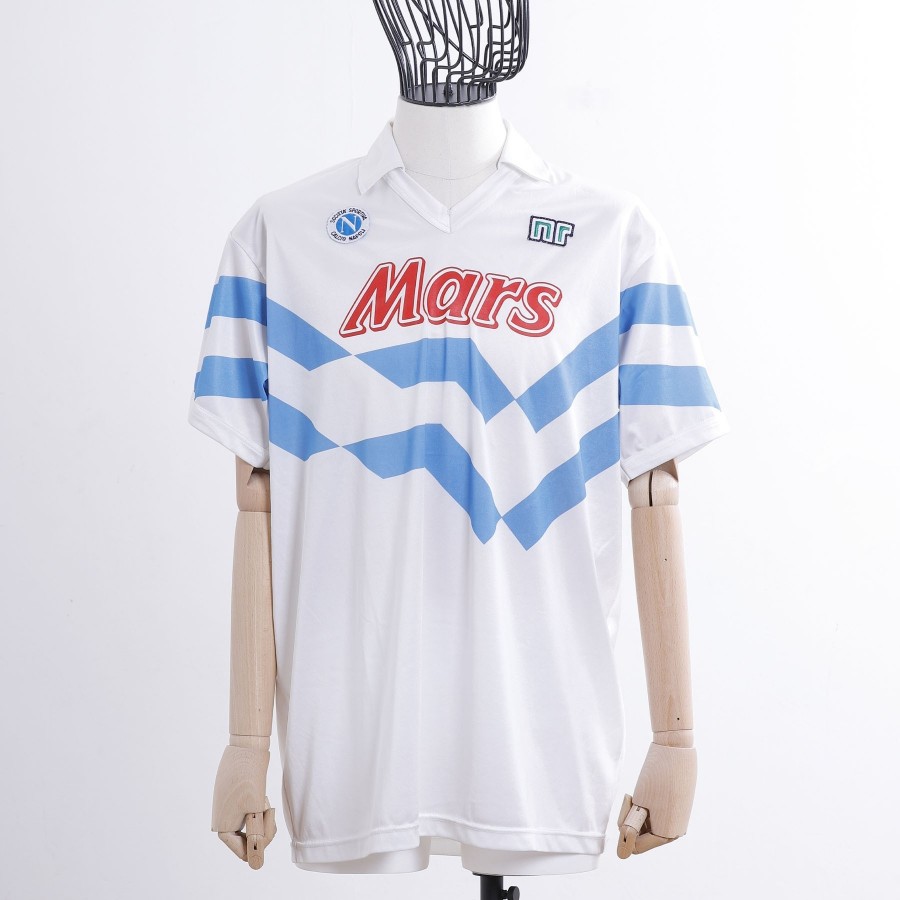 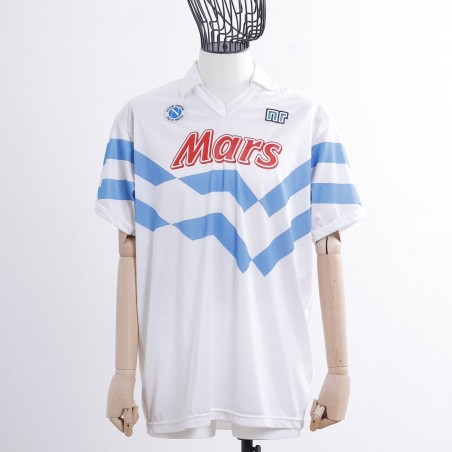 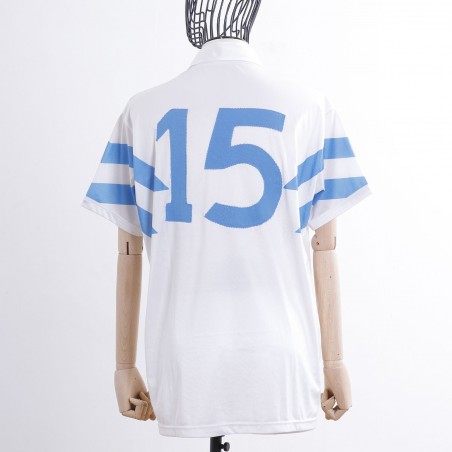 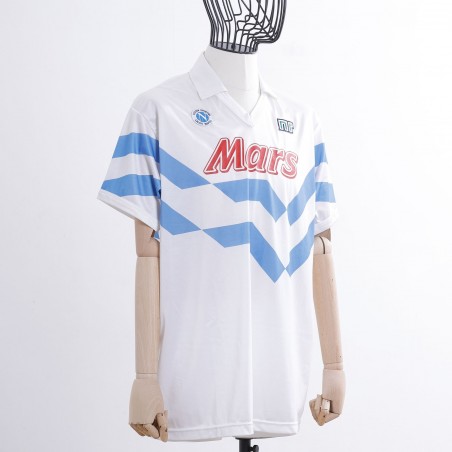 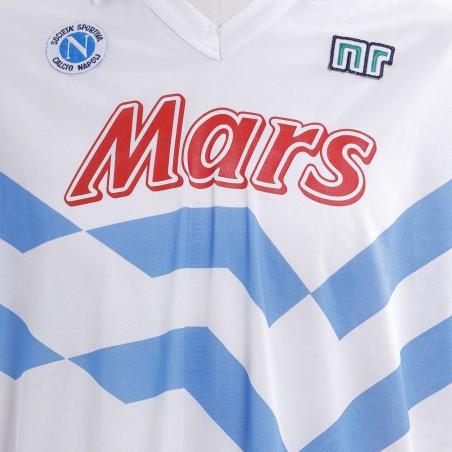 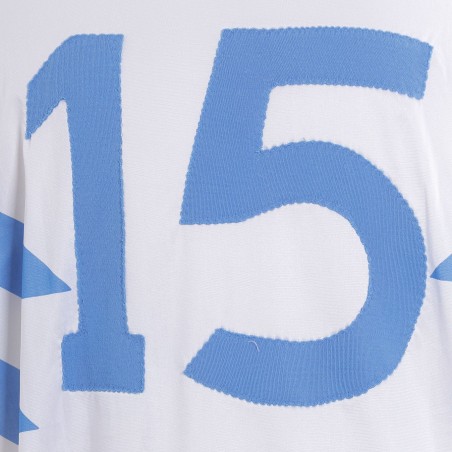 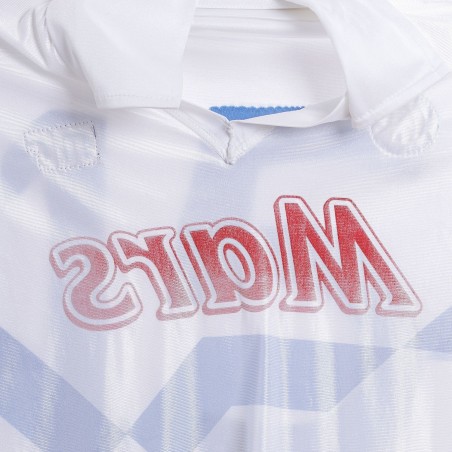 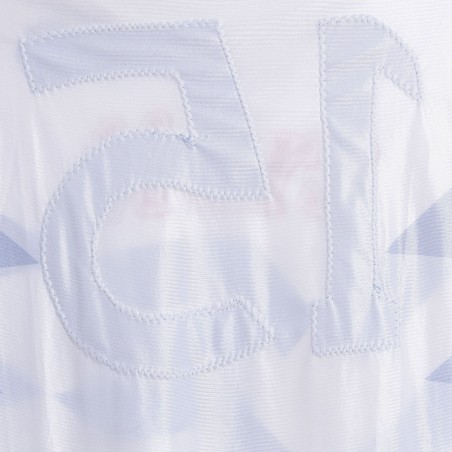 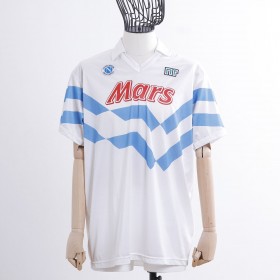 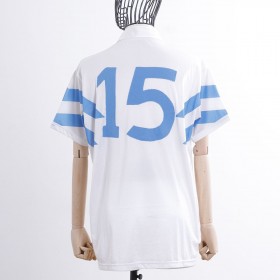 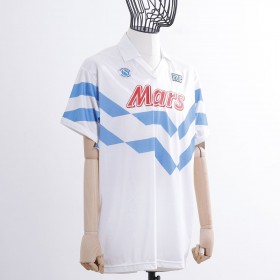 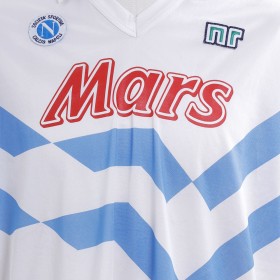 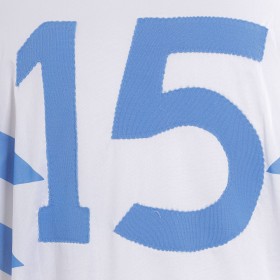 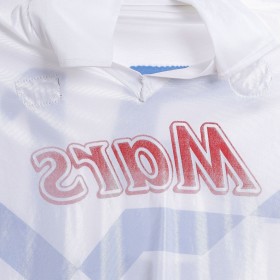 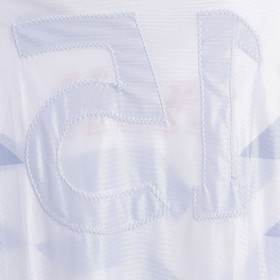 White short sleeve shirt. Acetate fabric fabric. The shirt features the Ennerre logo sewn on the left side, Mars sponsor painted in red. Blue number 15 sewn on the back of the shirt with the Zig Zag stitching style.

The 1989/1990 season got off to a bad start for Diego Armando Maradona. The climate in Naples is not the best, with the Argentine being tempted by the French sirens of Marseille. Ferlaino blocks the operation and Maradona ends up on the bench. Alberto Bigon, coach for that season, made him debut in the league on matchday five against Fiorentina at the “San Paolo”. He enters the second half with his downs 2-0 helping the team turn the tide with a 3-2 win. For the next 5 matches Maradona will go online regularly, contributing significantly to the conquest of the second blue championship.