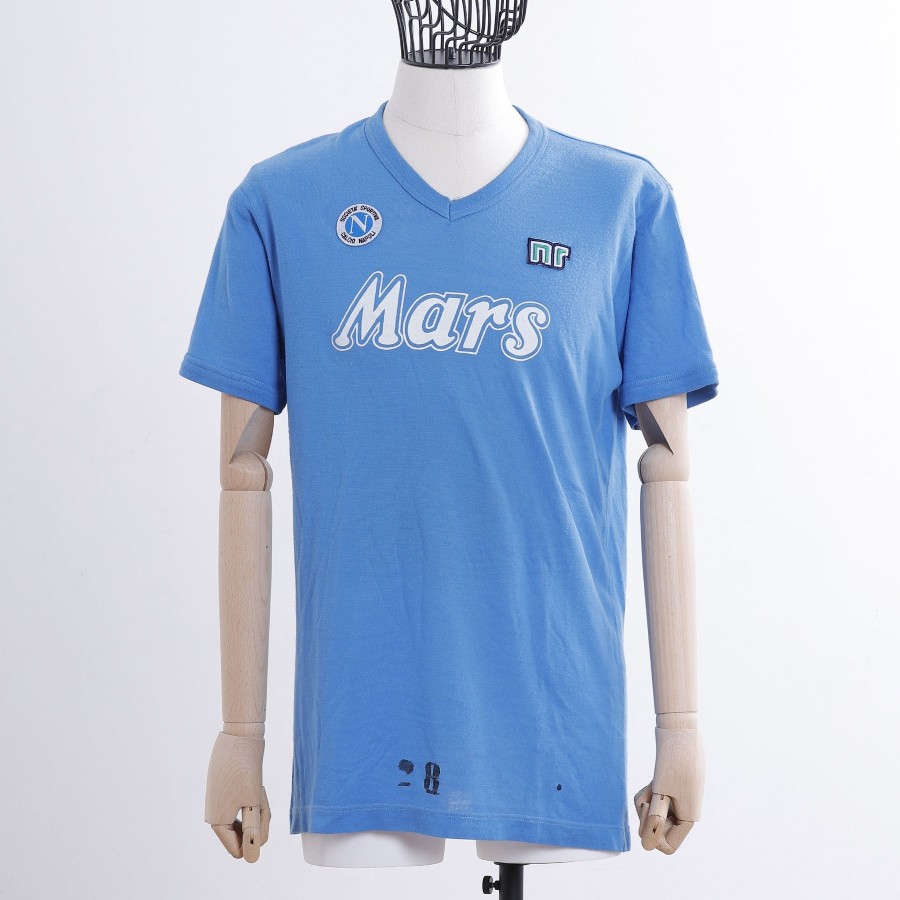 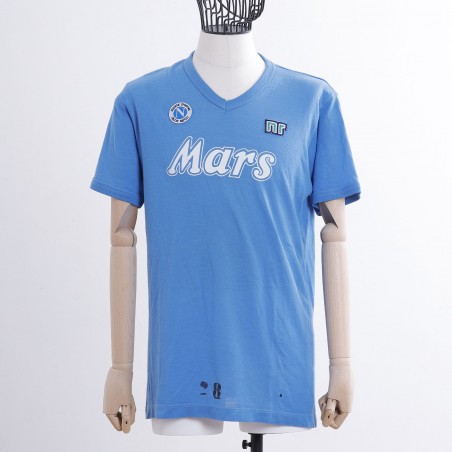 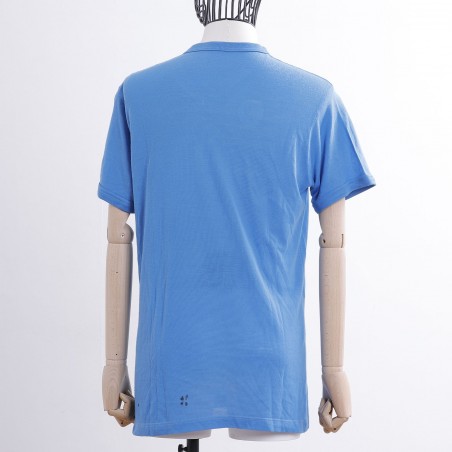 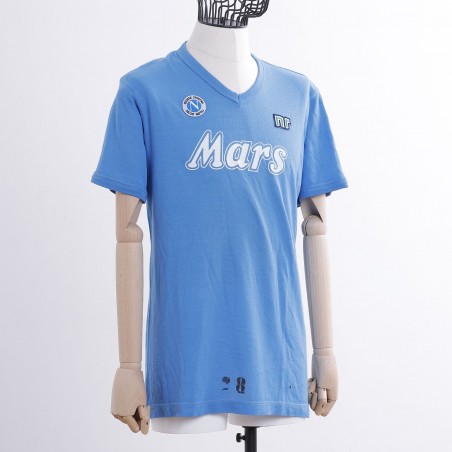 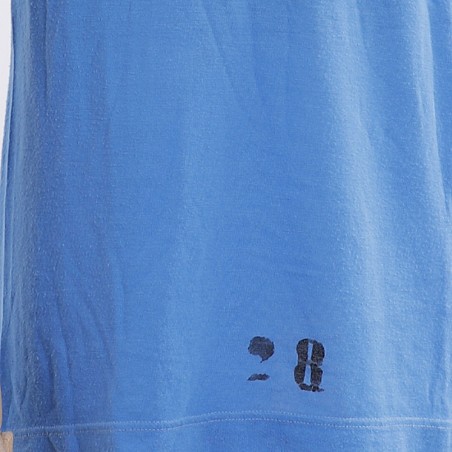 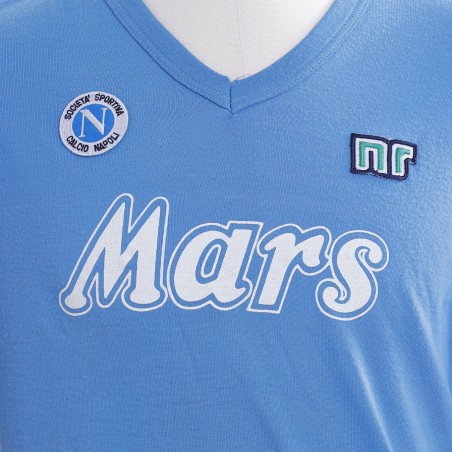 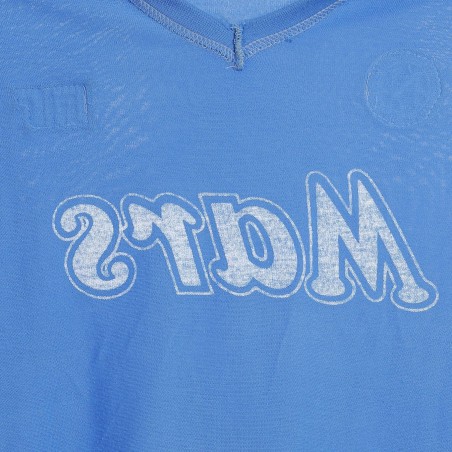 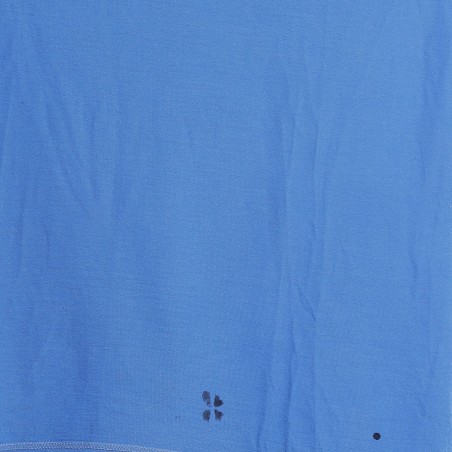 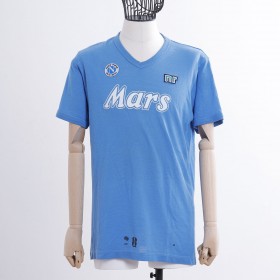 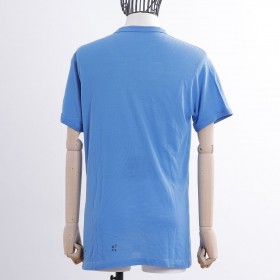 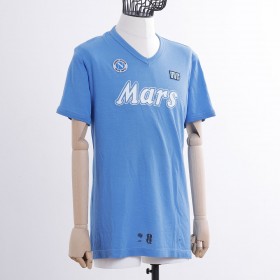 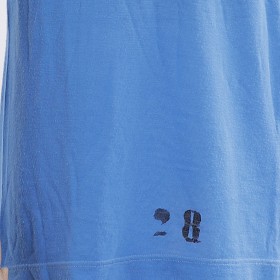 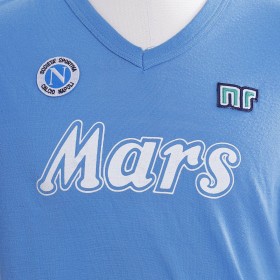 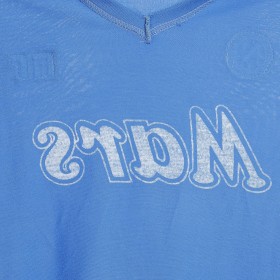 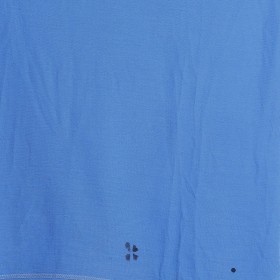 The shirt is in excellent condition, the fabric has its original characteristics, soft to the touch. The logos are in perfect condition. Number 28 painted in black on the lower front of the shirt.

Training version of the official light cotton short-sleeved shirt that was used during summer training.
NR logo embroidered in the weft on the left. Mars sponsor painted in white front / back. Ssc Napoli logo sewn on the right.

Number 28 in black painted that was used by warehouse workers to distinguish the material for training.

ANECDOTES AND CURIOSITIES:
The 1988/89 season will be remembered by Napoli fans for their European success in the Uefa Cup. In the double final against Stuttgart, Ottavio Bianchi's blues will be able to raise the prestigious trophy thanks to an internal victory and a draw in Teutonic land. In the championship the Azzurri bowed to the overwhelming power of Giovanni Trapattoni's Inter; in the Italian Cup, after a positive path, he reached the double final to be played against Sampdoria. The 1-0 home victory was not enough for Napoli, then overwhelmed in Genoa by the Sampdoria with the final score of 4-0.