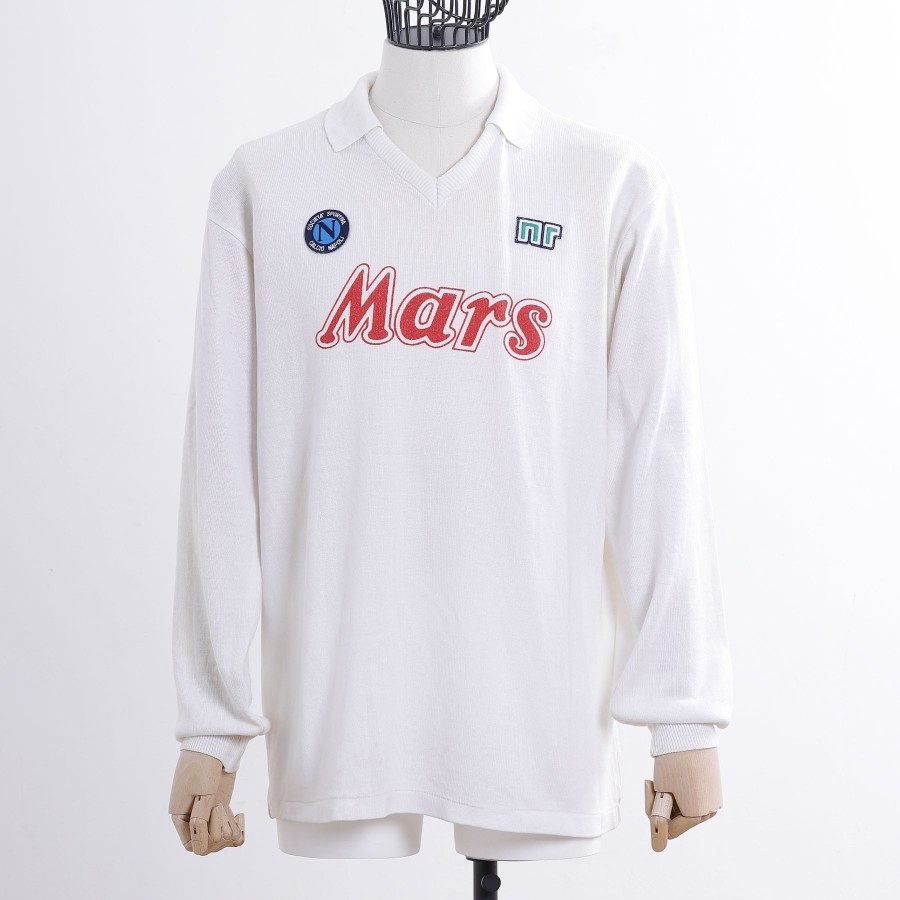 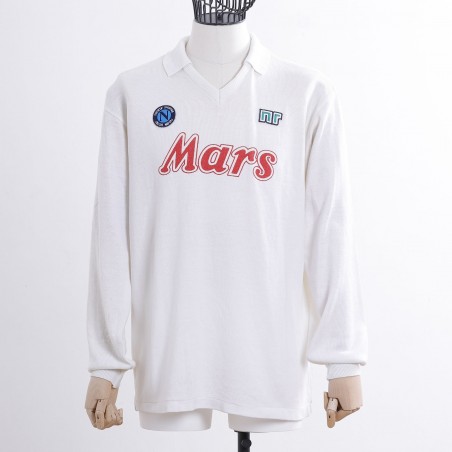 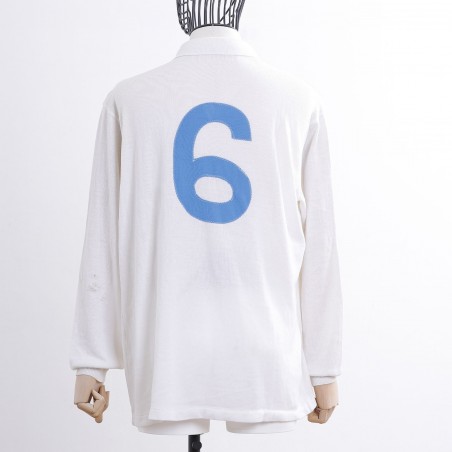 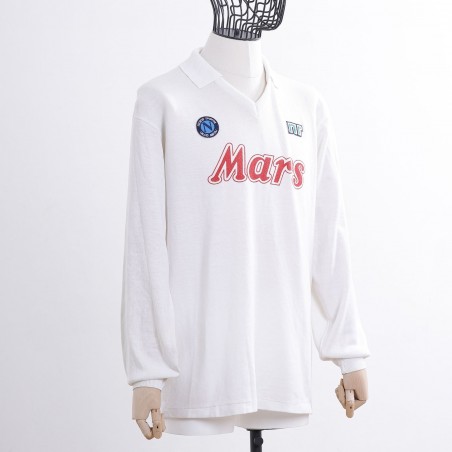 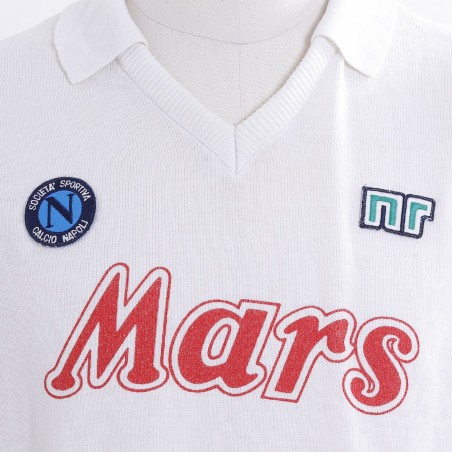 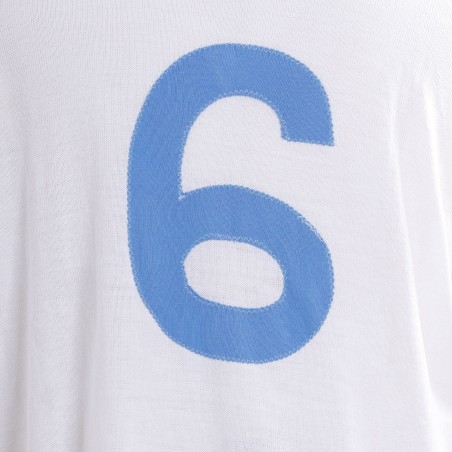 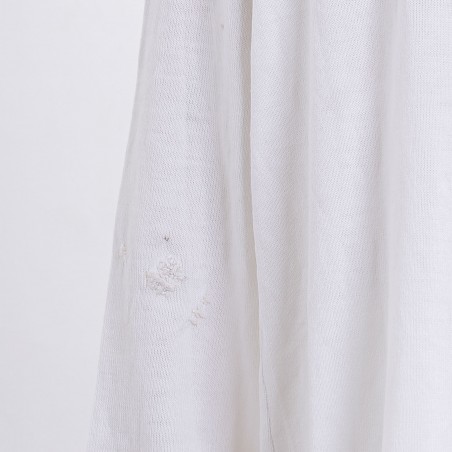 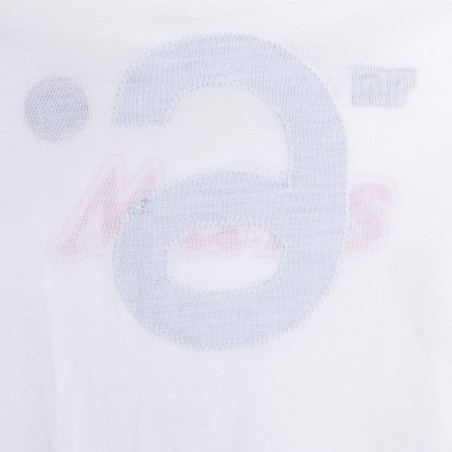 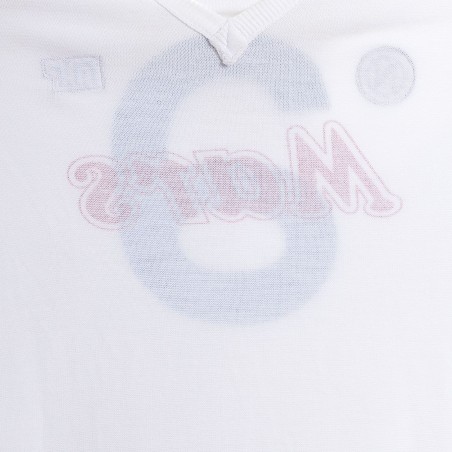 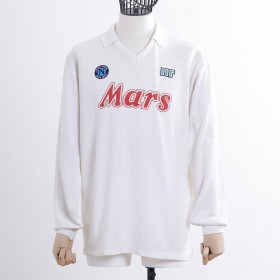 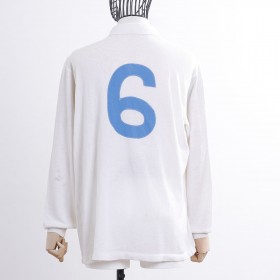 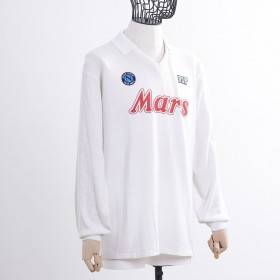 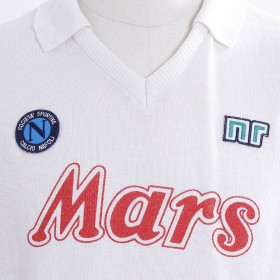 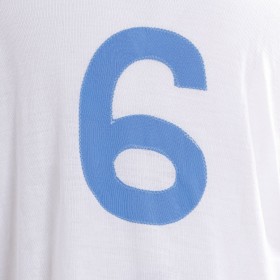 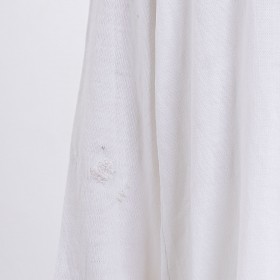 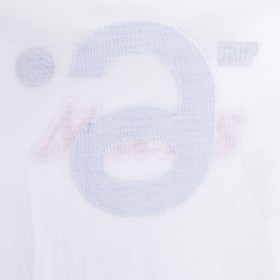 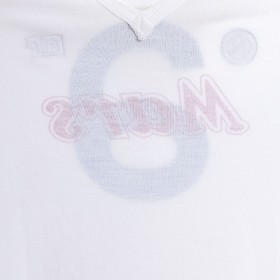 DETAILS:
Away version of the official heavy wool long-sleeved shirt that was used during winter matches.
NR logo embroidered in the weft on the left. Mars sponsor painted in red. Blue SSC Napoli logo sewn on the right.

Number 6 in blue stitched, a method that was used by the warehouse workers to apply the numbers on the shirts of the players.

ANECDOTES AND CURIOSITIES:
On the third last day of the championship of the 1988/89 season, Napoli is busy at "Cino e Lillo Del Duca" in Ascoli. Mister Ottavio Bianchi, struggling with major training problems due to numerous absences, is forced to field a very reworked eleven starter with even only 3 reserve players. The young Portaluri, the unavailable Francesco Romano and the second goalkeeper Raffaele Di Fusco. In the 79th minute of this match, with a score of 2-0 in favor of Ascoli with goals from Cvetkovi? and the former Giordano, Careca was forced out due to injury. Di Fusco does not wear the goalkeeper's uniform but the blue jersey number 16 as a football player. On 11 June 1989, a goalkeeper enters the field as an outfield footballer. Di Fusco also touched the personal goal: he could anticipate Michelangelo Rampulla by two seasons, the first goalkeeper in Serie A history to go on the net.