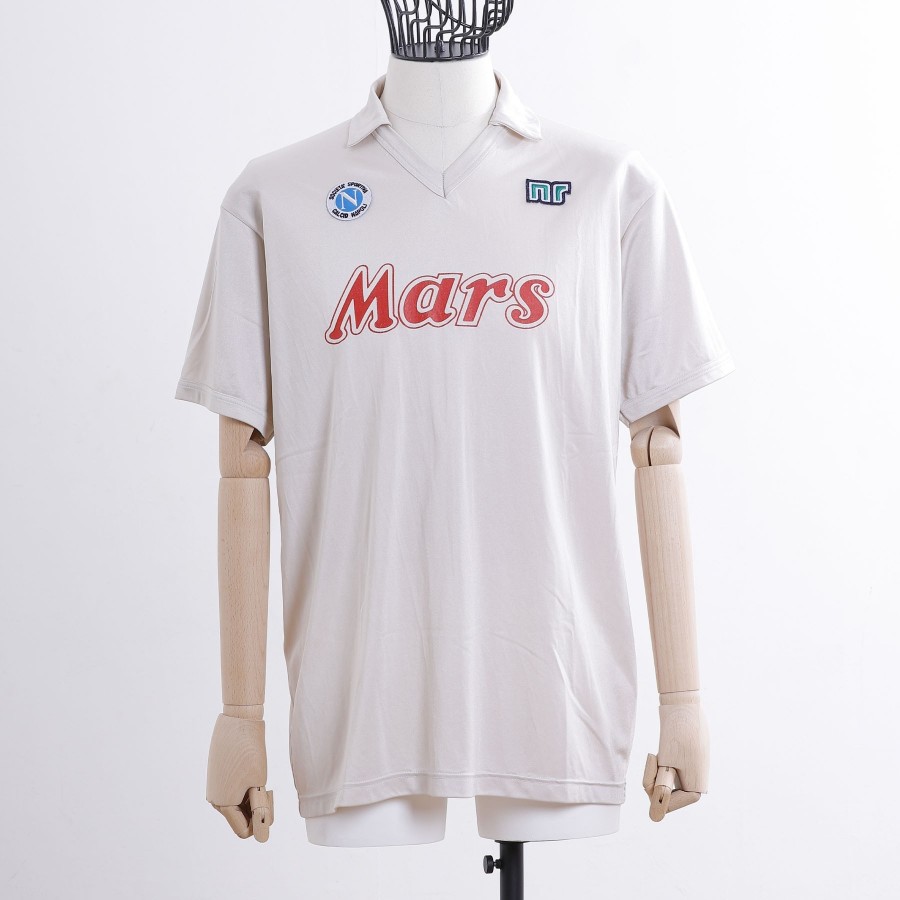 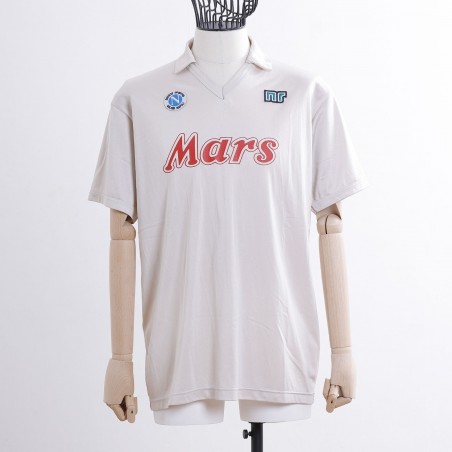 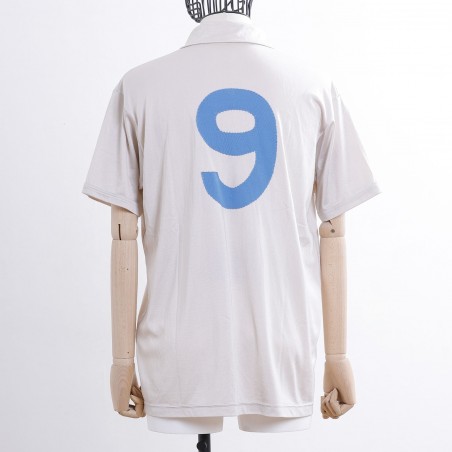 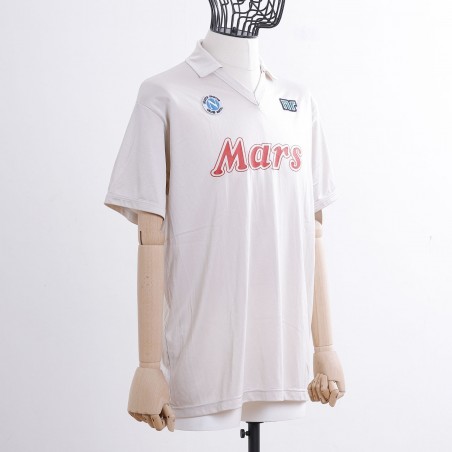 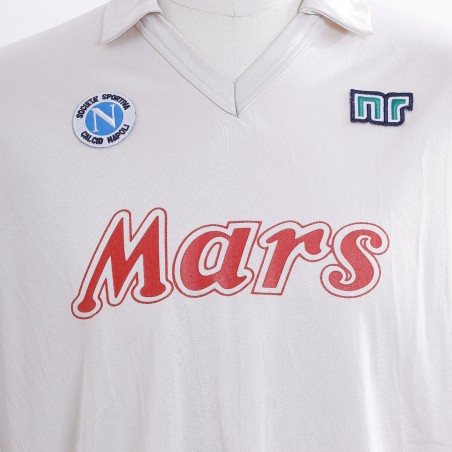 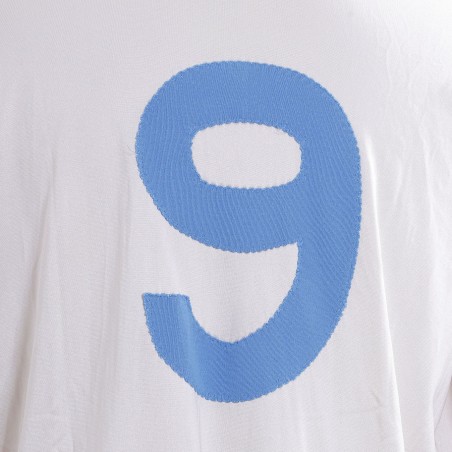 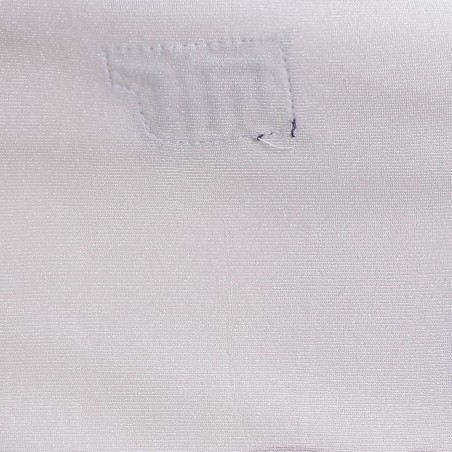 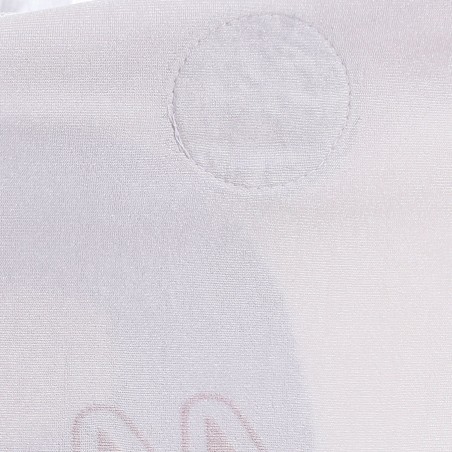 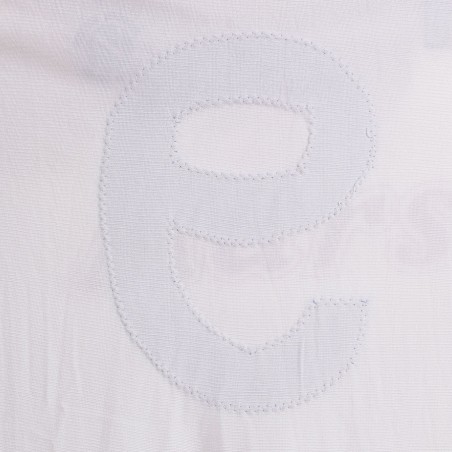 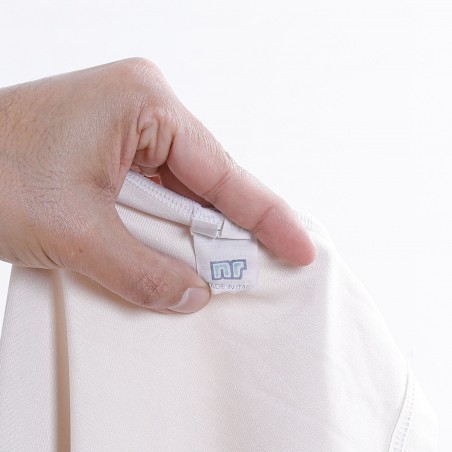 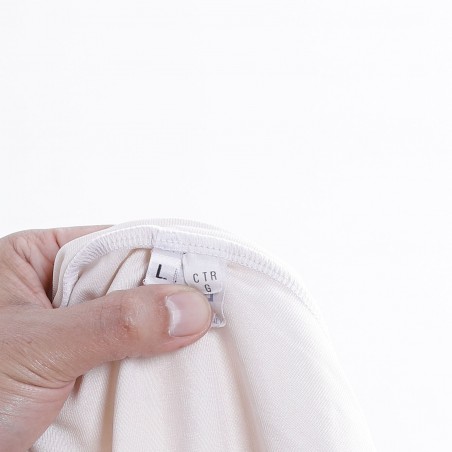 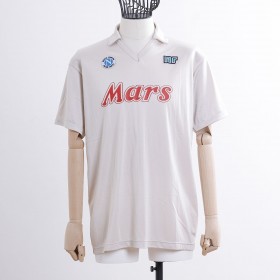 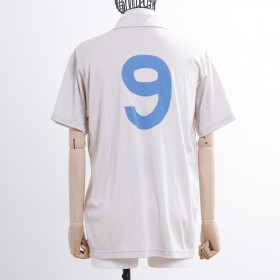 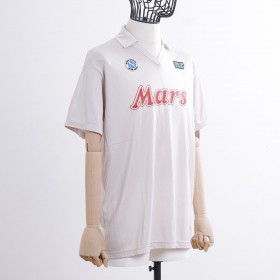 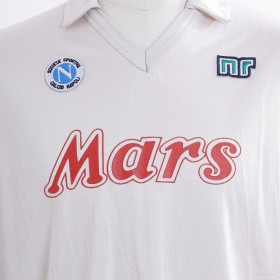 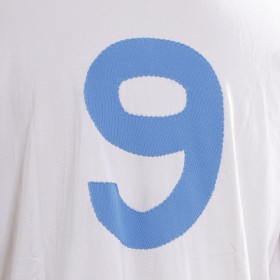 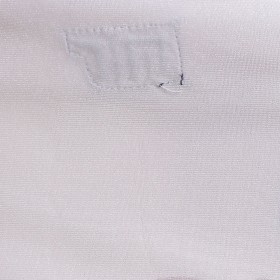 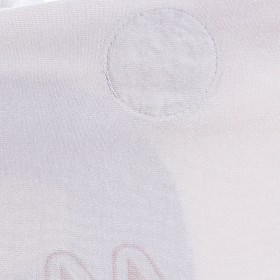 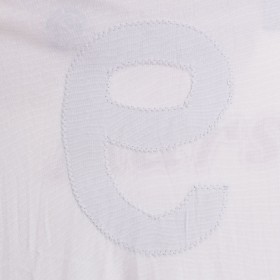 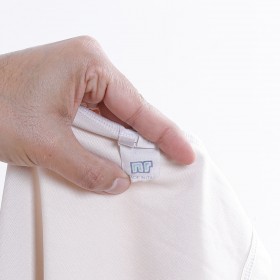 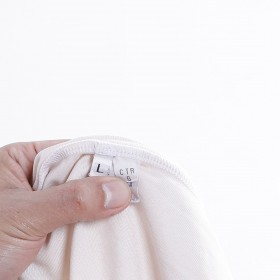 The shirt is in excellent condition, the fabric has its original characteristics, soft to the touch. The logos are in perfect condition. NR-CTRG Label - Size L

DETAILS:
Away version of the official short-sleeved shiny model shirt that was used during the season.
NR logo embroidered in the weft on the left. Mars sponsor painted in red. Ssc Napoli logo sewn on the right.

Number 9 in blue stitched, a method that was used by the warehouse workers to apply the numbers on the shirts of the players.

ANECDOTES AND CURIOSITIES:
The 1988/1989 season of Napoli can be said to be positive. The disappointments in the homeland of the failed Scudetto and of the Italian couple, vanished in the double final against Sampdoria, were mitigated by the conquest of the Uefa Cup in the double final against Jurgen Klinsmann's Stuttgart. Careca was Napoli's top scorer with 27 goals: 19 in Serie A, second place in the scorer rankings behind Aldo Serena of Inter, 6 in the Uefa Cup, second place in the scorer rankings behind Torsten Gütschow of Dinamo Dresden, and 2 in the Cup Italy.