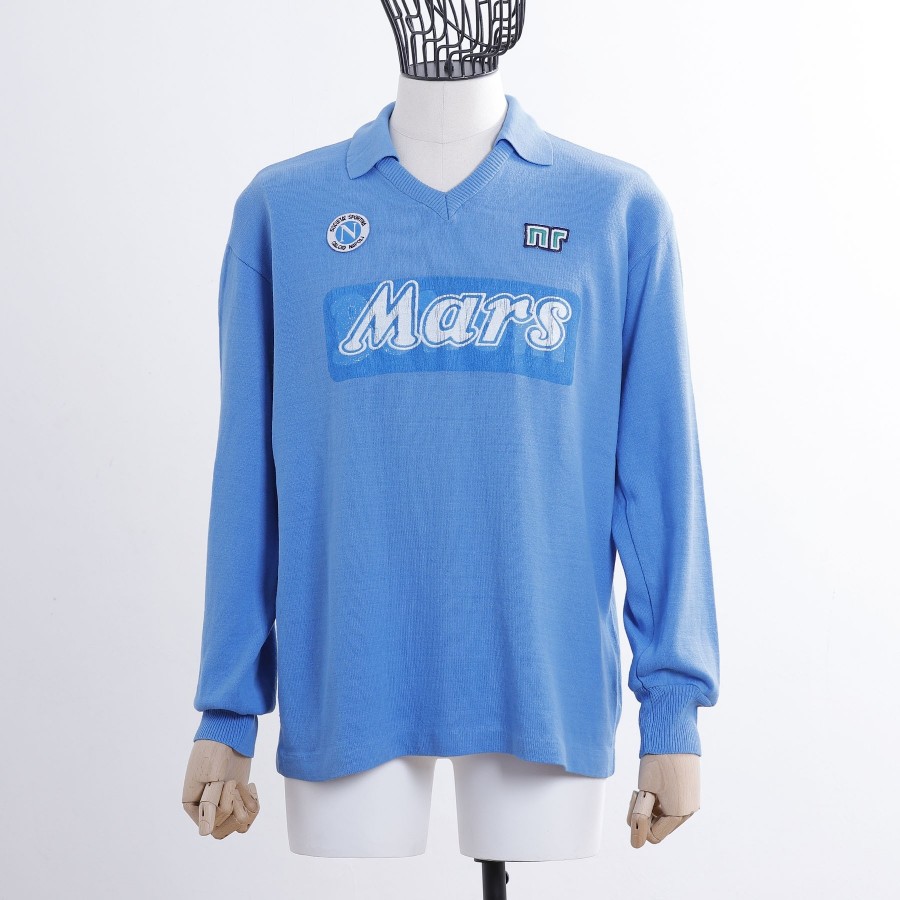 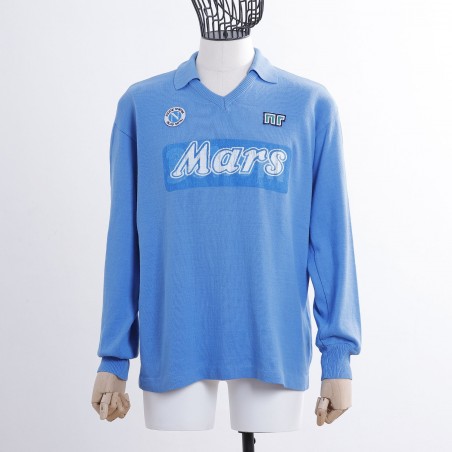 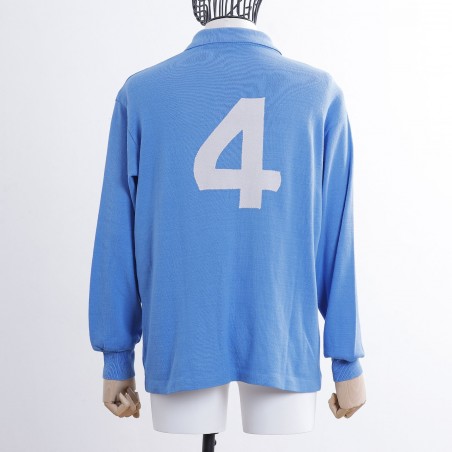 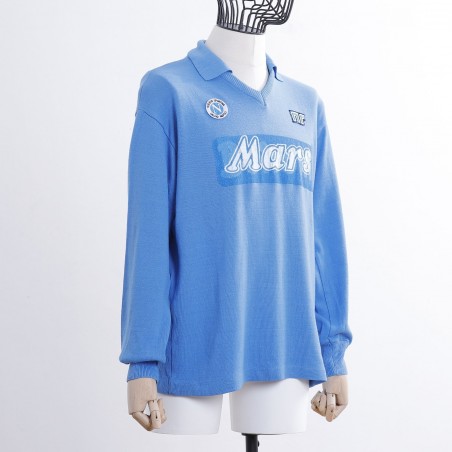 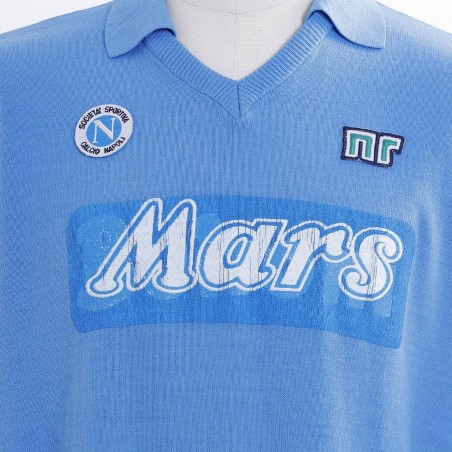 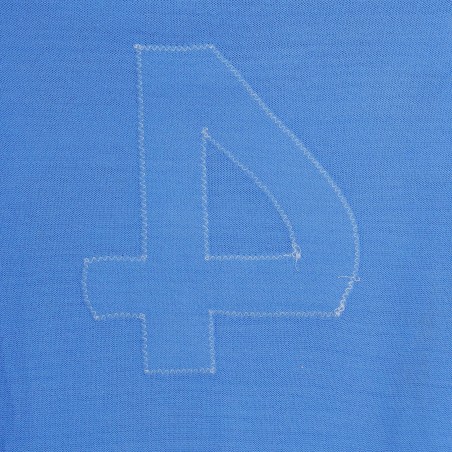 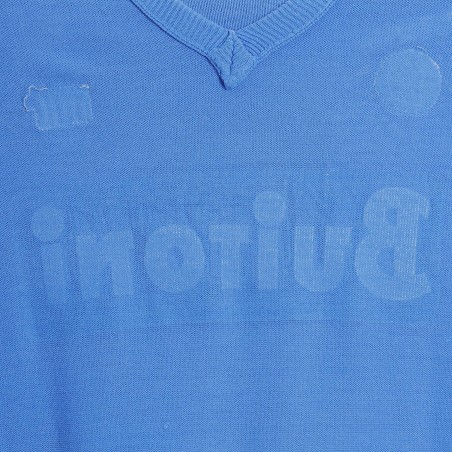 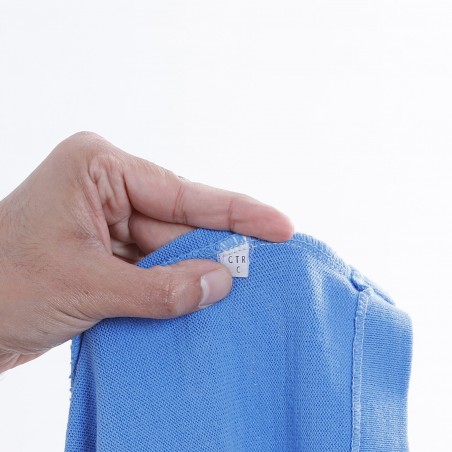 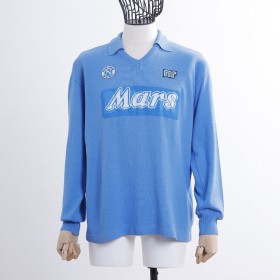 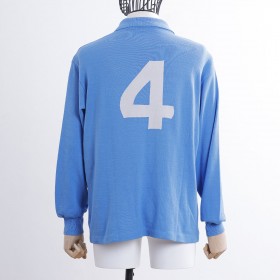 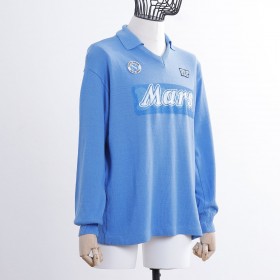 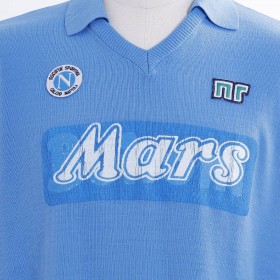 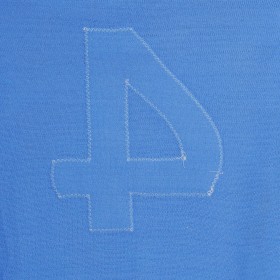 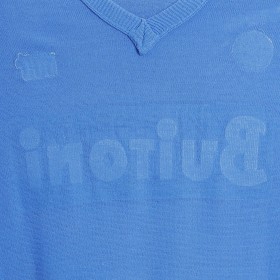 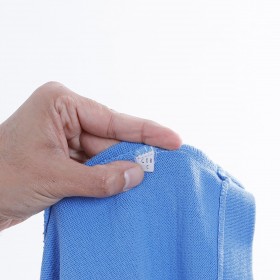 The shirt is in excellent condition, the fabric has its original characteristics, soft to the touch. The logos are in perfect condition. CTRC label present in the shirt.

DETAILS:
Home version of the official heavy wool long-sleeved shirt that was used in the initial part of the season using the jerseys of the previous season covered by the new sponsor Mars.

White number 4 stitched in a zig-zag pattern, a method used to personalize the players' shirts.

ANECDOTES AND CURIOSITIES:
On 11 June 1989 the third to last day of the Serie A championship is played. Napoli is on stage at "Cino e Lillo Del Duca" in Ascoli. This match will go down in history due to the attacking debut of Raffaele Di Fusco, a professional goalkeeper. A Napoli full of absences goes to the Marche with only 14 players, including the second blue goalkeeper. At 79 'Careca is injured; Ottavio Bianchi has already thrown into the fray the only player of movement available and so, with the number 16 and in the role of striker, Raffaele Di Fusco enters. At the end of the match, easily won by the hosts 2-0 with goals from Cvetkovi? and the former Giordano, Bianchi will say: "Di Fusco is stronger than the Primavera forwards."