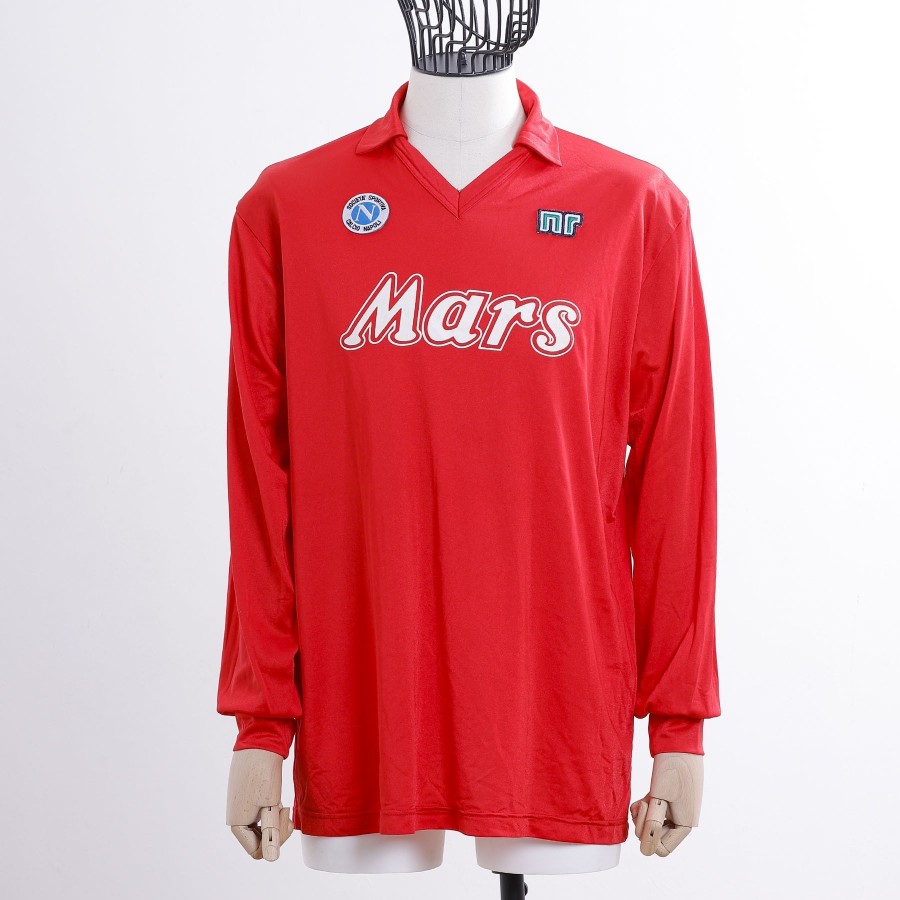 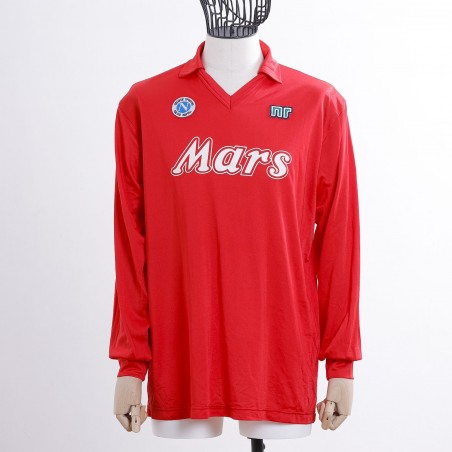 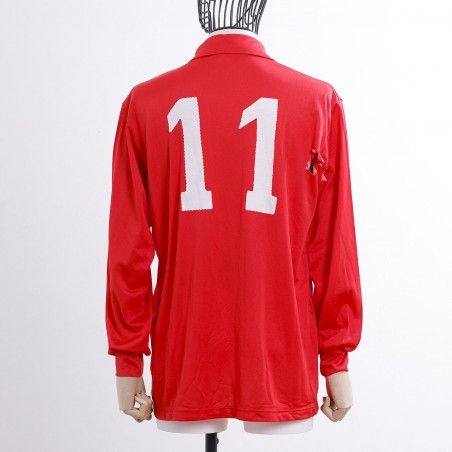 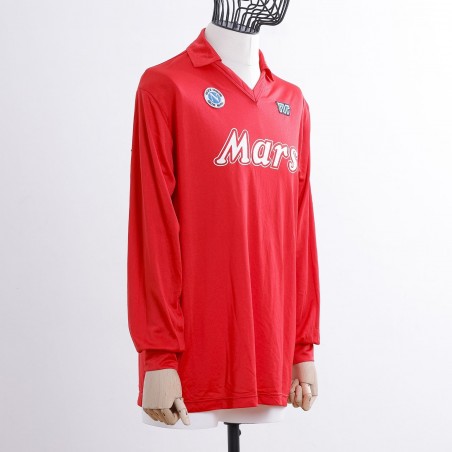 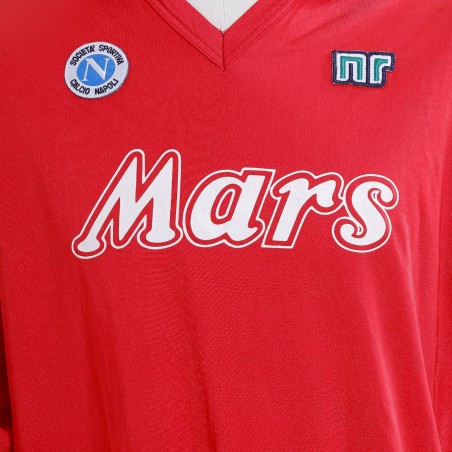 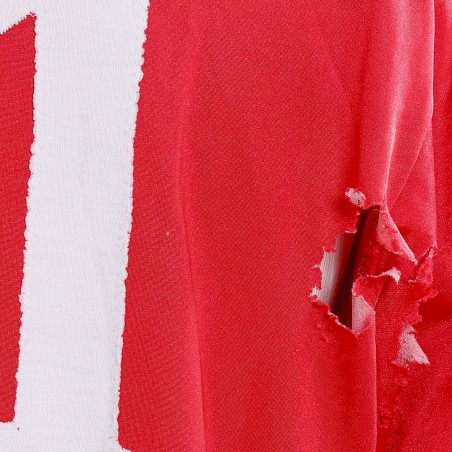 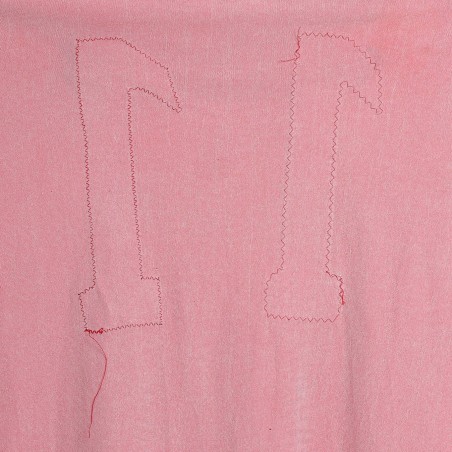 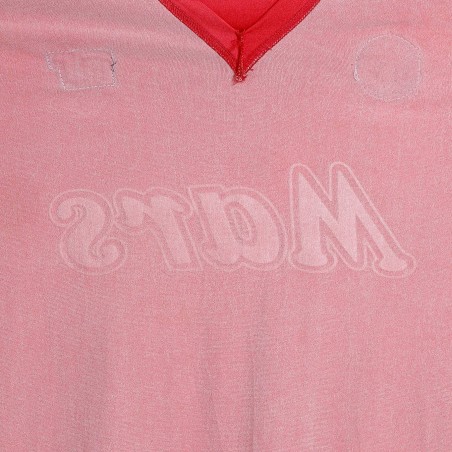 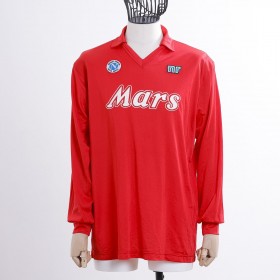 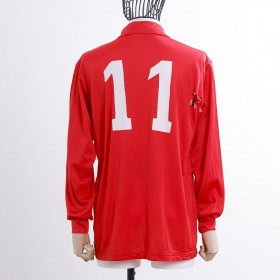 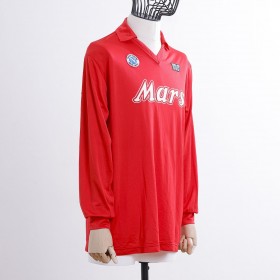 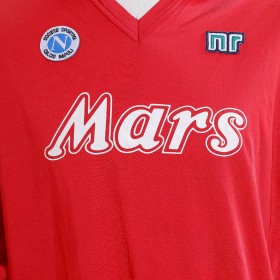 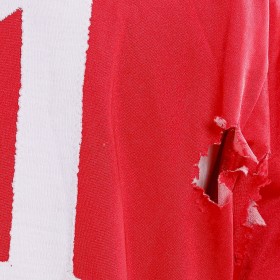 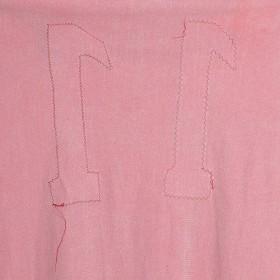 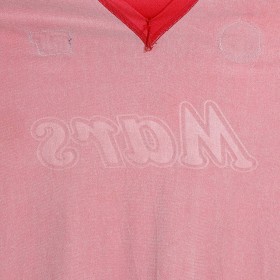 The shirt is in good condition, the fabric has its original characteristics, soft to the touch. The logos are in perfect condition. Has a break in the right armpit.

NR logo embroidered in the weft on the left. Ssc Napoli logo sewn on the right. Mars sponsor in white.

White number 11 stitched in a zig-zag pattern, a method used to personalize the players' shirts.

ANECDOTES AND CURIOSITIES:
On the third to last day of the Serie A season 1988/89, a Napoli struggling with serious training problems is engaged in the Marche, with only 14 players available, against an Ascoli thirsty for salvation points. On the score of 2-0 in favor of Ascoli, 10 minutes from the end, Careca was forced to leave. Ottavio Bianchi has only Francesco Romano, injured and not at his best, and the second goalkeeper Raffaele Di Fusco. With the number 16 and in the role of attacker, the extreme defender enters; a desperate move but with a controversial streak, given the non-idyllic relations between the coach and the president Ferlaino. Raffaele Di Fusco will touch the net in the 81st minute, his colleague from Ascoli Pazzagli will not grant him the historic personal joy. A historical fact to say the least that will make many fans and professionals turn up their noses: the journalist Sabatino D'Angelo, on Sunday Sport, called it "a lack of respect for the fans who pay for the ticket".