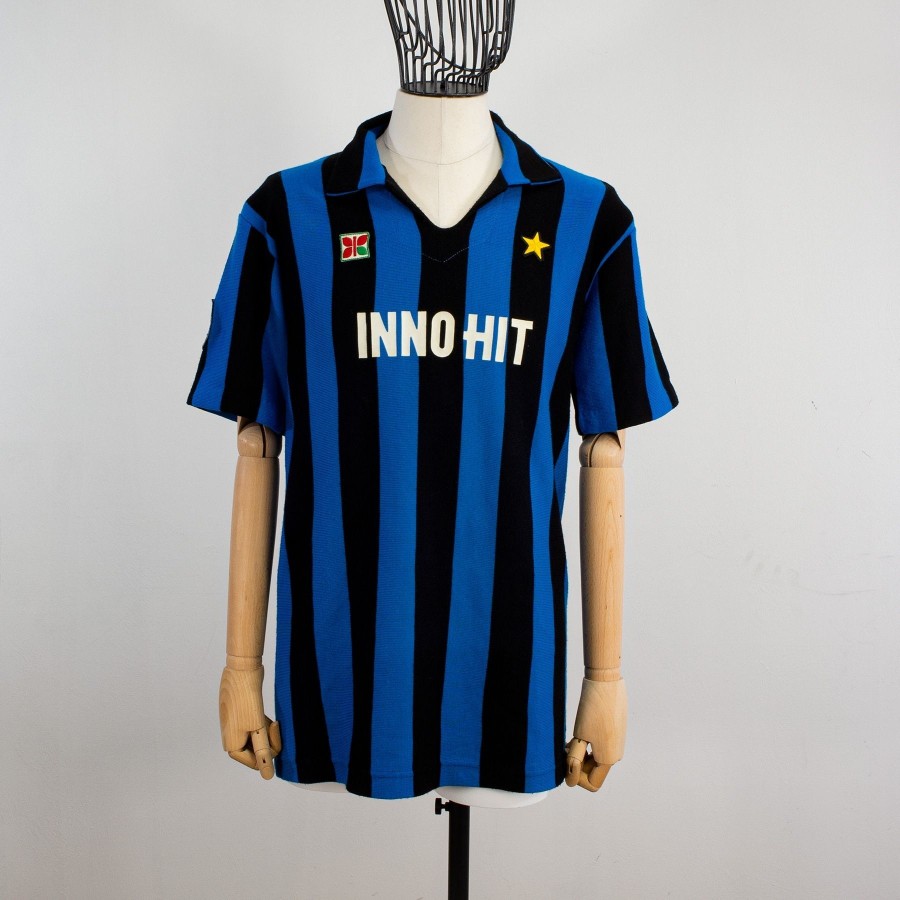 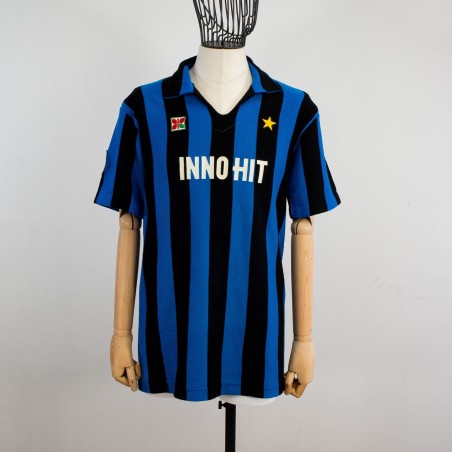 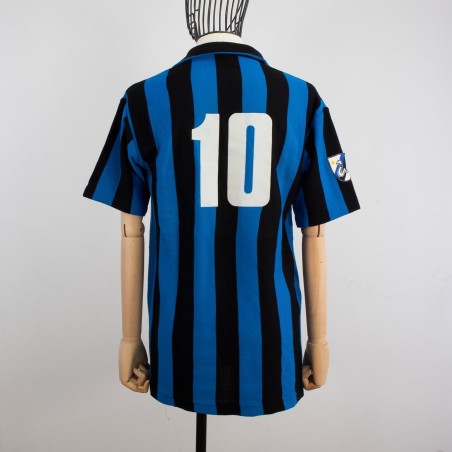 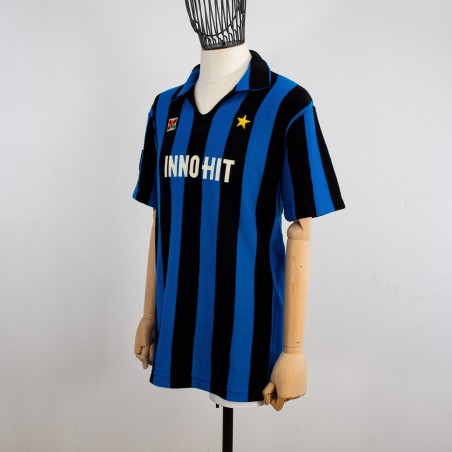 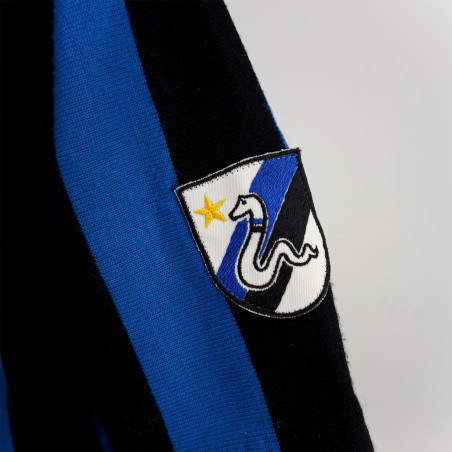 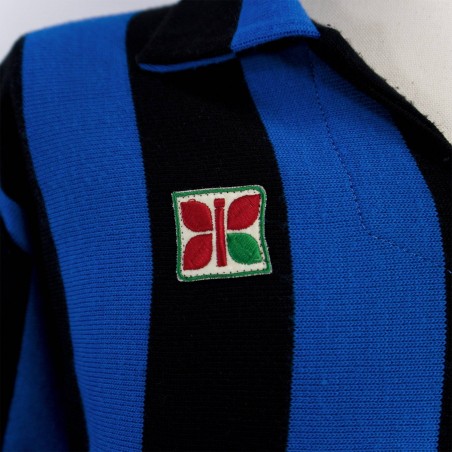 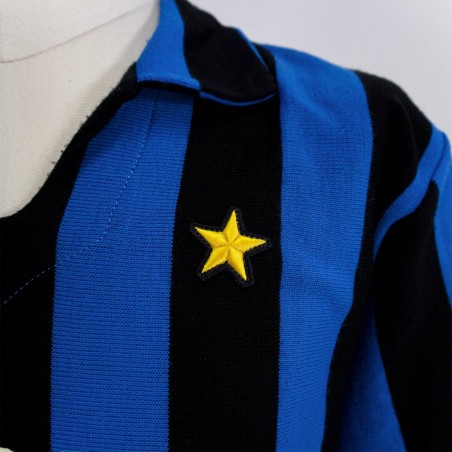 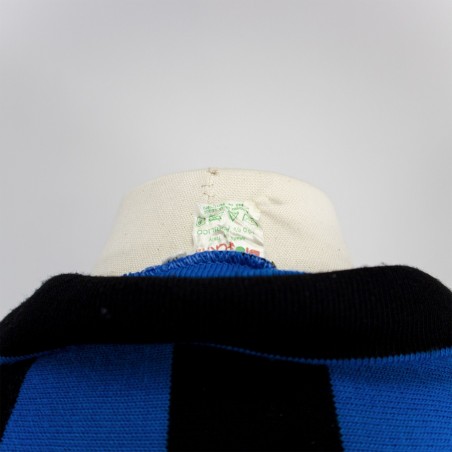 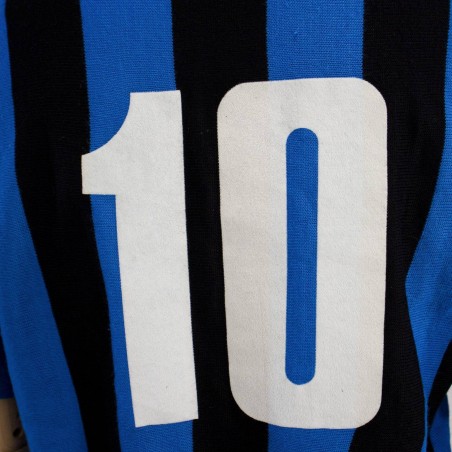 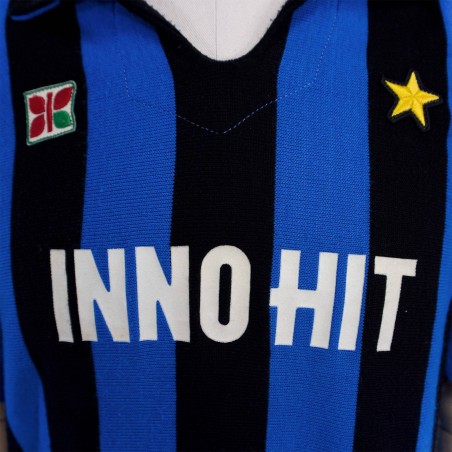 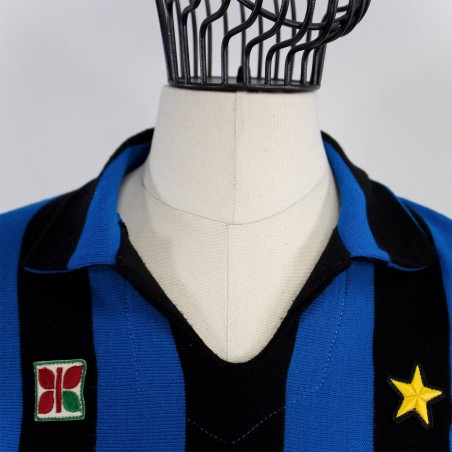 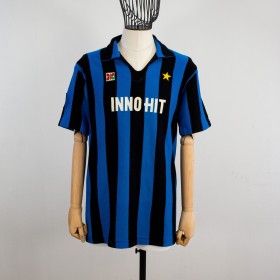 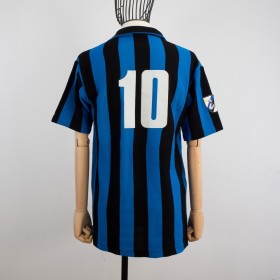 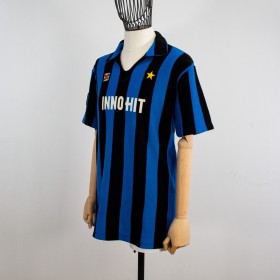 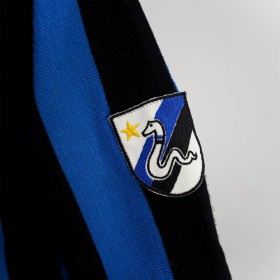 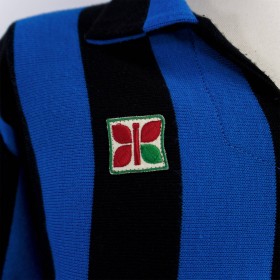 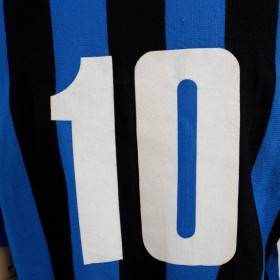 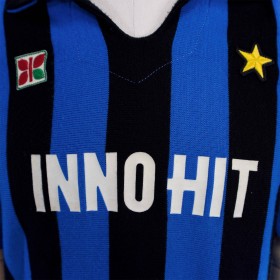 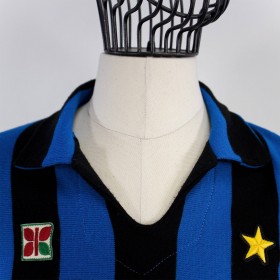 The shirt is in excellent condition from the point of view of the fabric. Soft to the touch, with intact seams, it has no halos and color discontinuities. Mecsport label and Size 5 present inside the shirt.

Mec Sport logo sewn on the right side.
Innohit sponsor applied on a white nerazzurro background in rubber.
The club crest and star are sewn. The font of the number 10 was used in some games during the season.

The 1981/1982 season was quite positive for Inter. Eugenio Bersellini's team, last year on the Beneamata bench, reached fifth place in the league and success in the 35th edition of the Italian Cup, won by the neroazzurri in the double final against Turin. In the first leg, in Milan, the match ended 1-0 in favor of the hosts; in the second leg, in Turin, the result was a draw with goals from Cuttone and Altobelli. “Spillo” Altobelli was one of the main architects of the success in the Italian Cup: the 9 goals in the Cup were added to the 9 in the league and the 3 in the Uefa Cup for a total of 21 overall goals in the 1981/82 season.

CLASSIFICATION IN THE CHAMPIONSHIP: 5th place