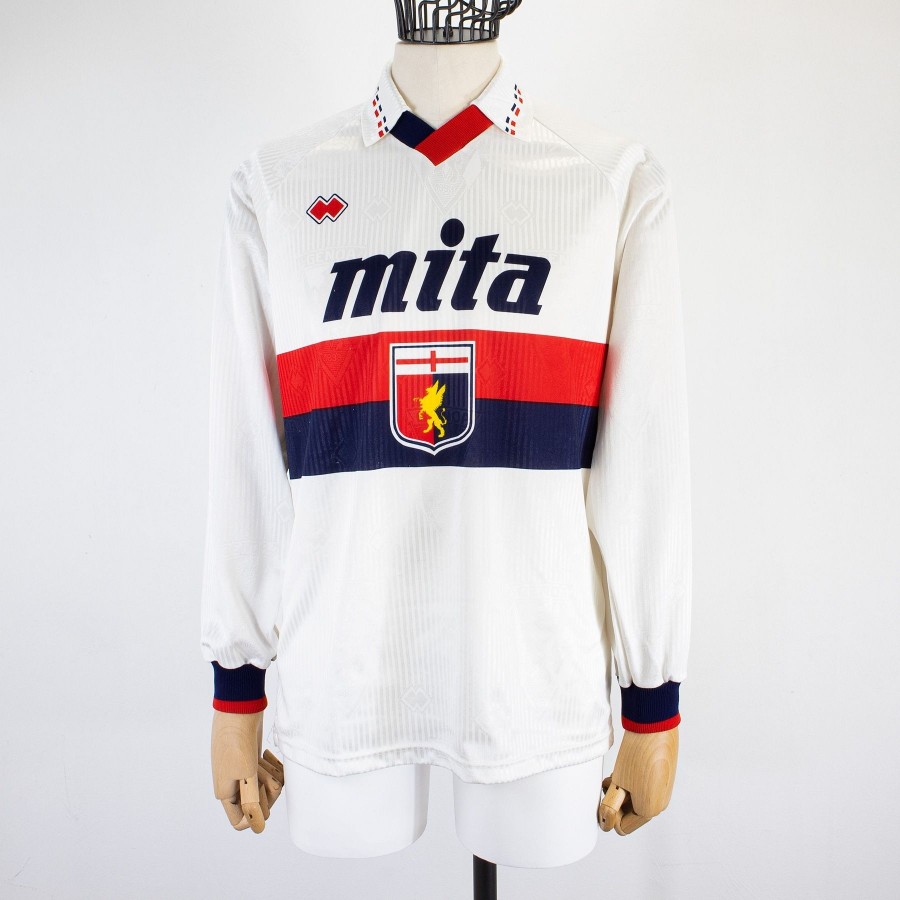 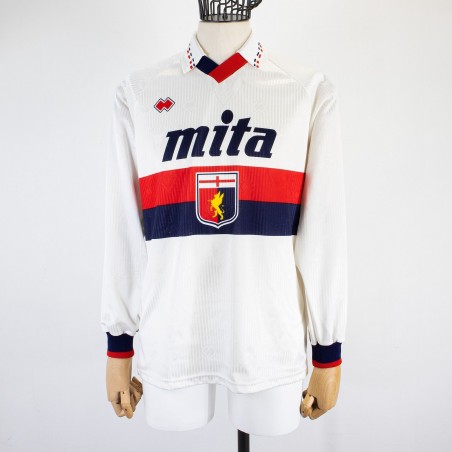 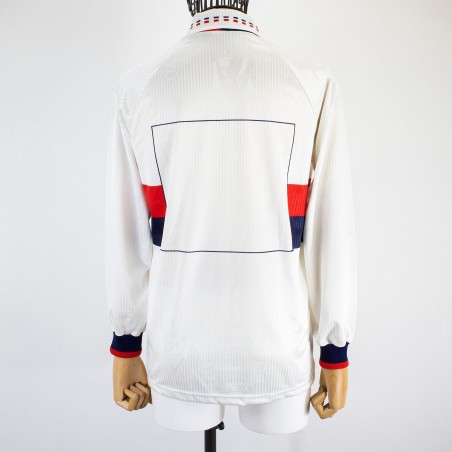 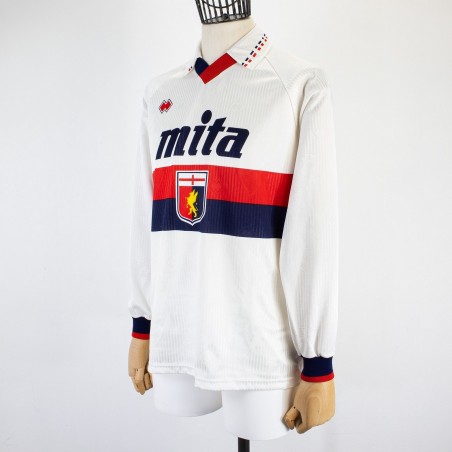 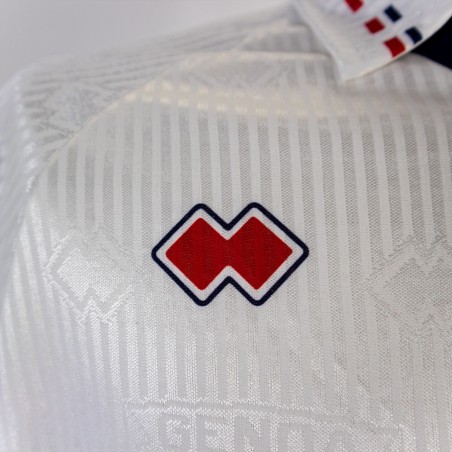 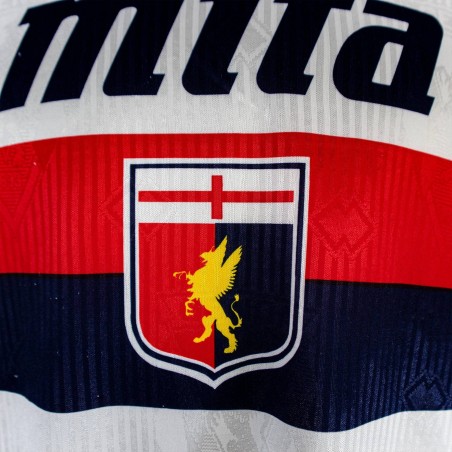 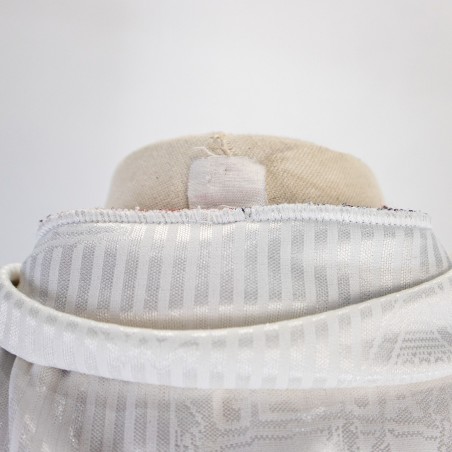 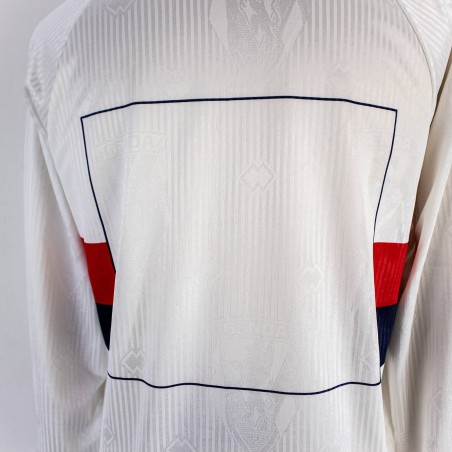 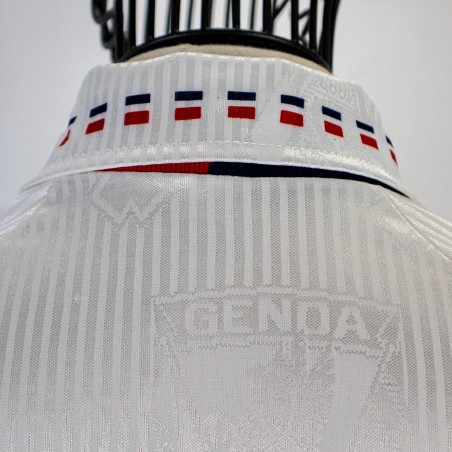 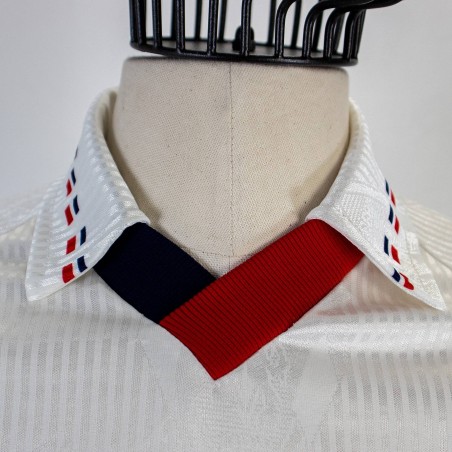 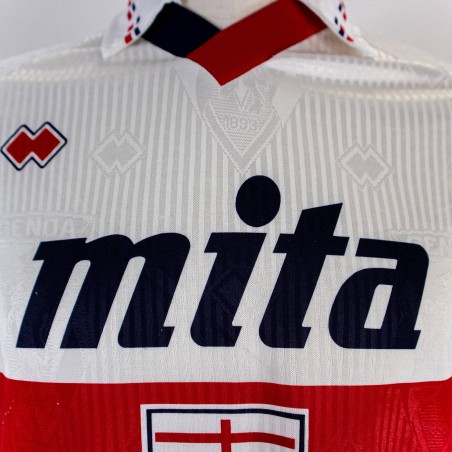 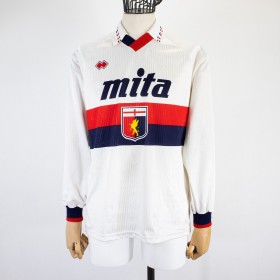 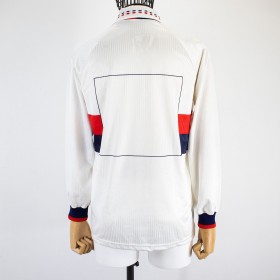 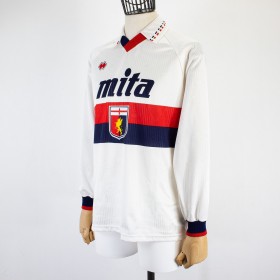 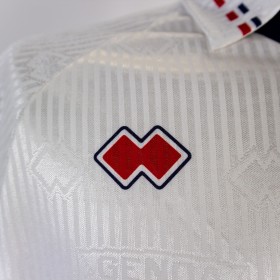 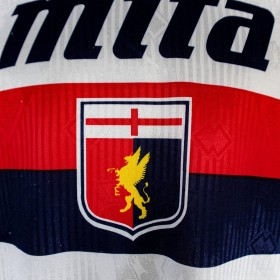 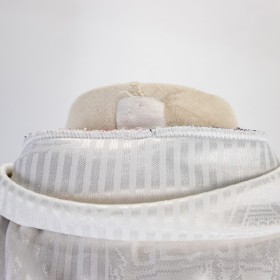 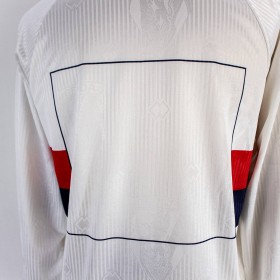 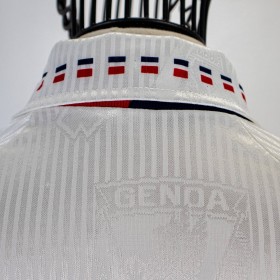 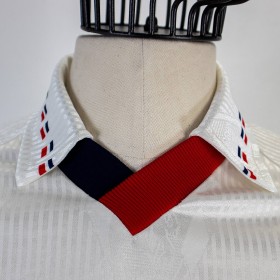 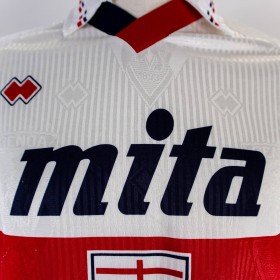 Genoa away jersey Official product Errea 1991/1992 season With commercial sponsor Mita, red and blue band in the center with the club logo V-neck with red and blue inserts. The product is in fair condition, the fabric is slightly felted in some places.

1991 was the year of the Genoans' absolute debut in the European cups. The team made its debut in the Uefa cup reaching the semifinals, was defeated by Ajax.

CLASSIFICATION IN THE CHAMPIONSHIP:  14th