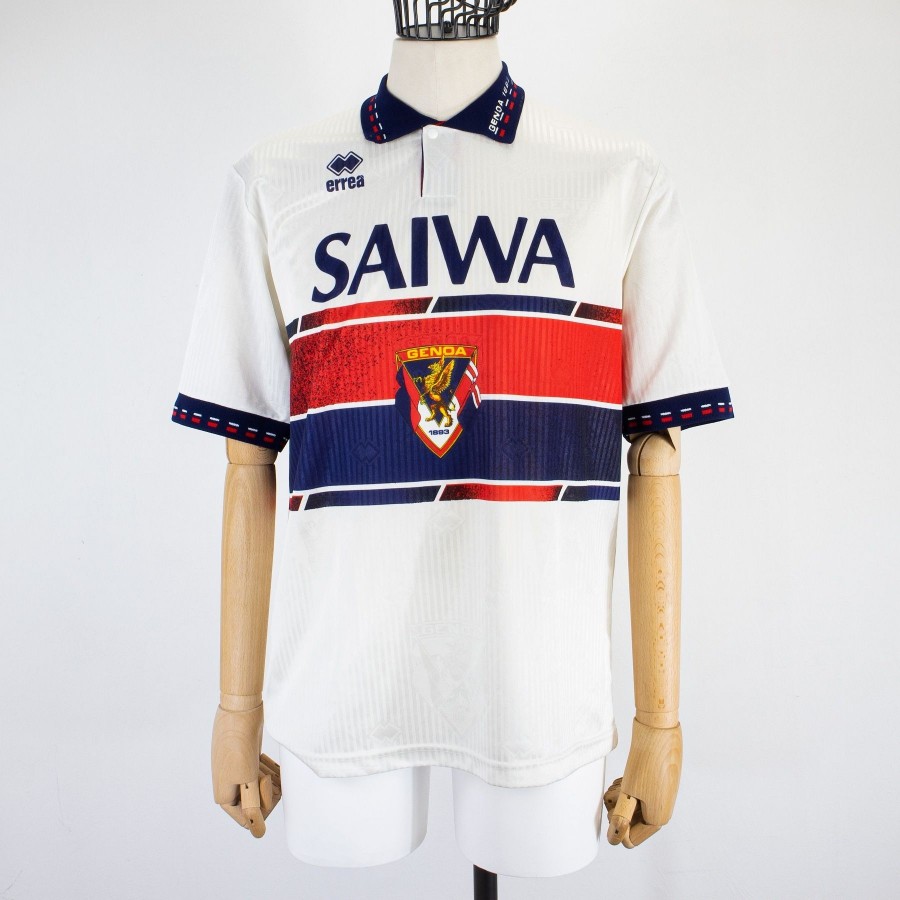 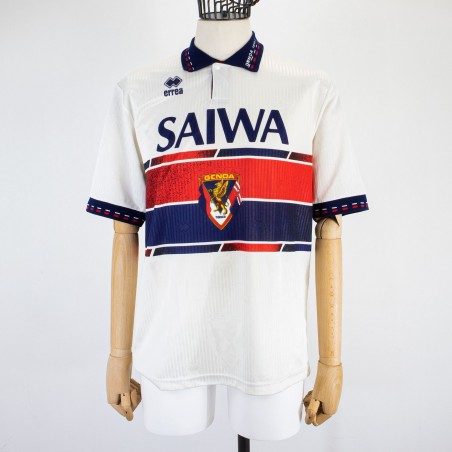 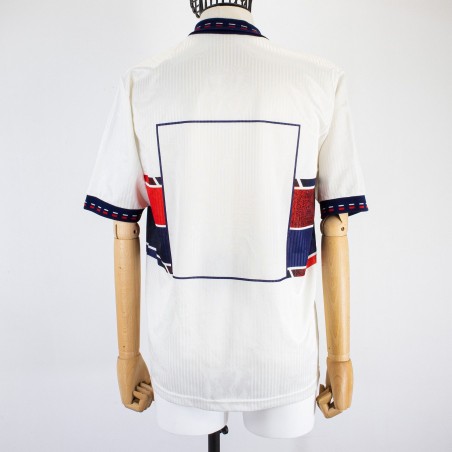 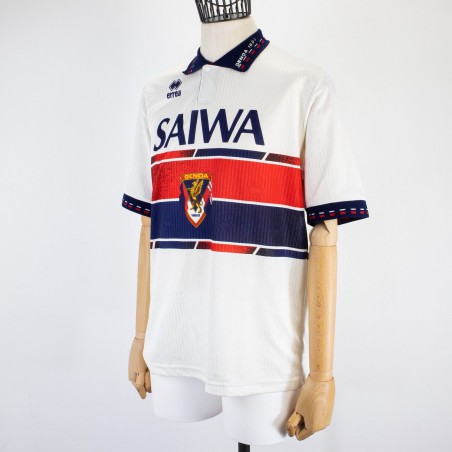 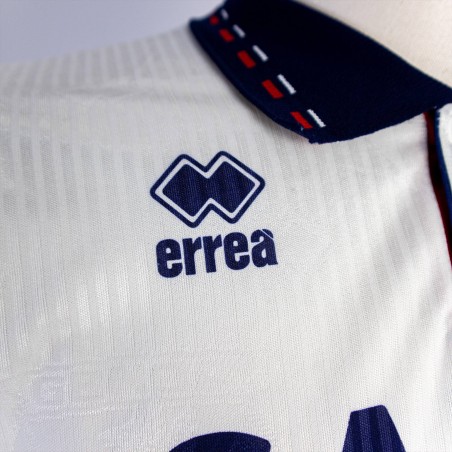 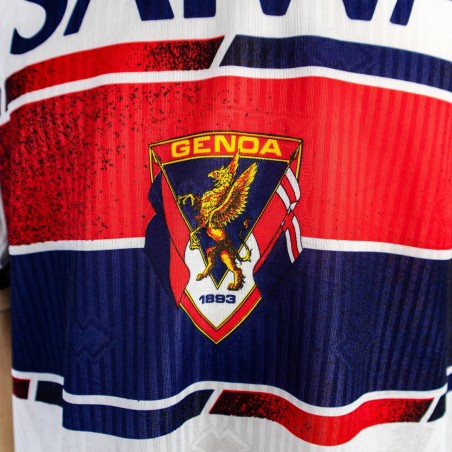 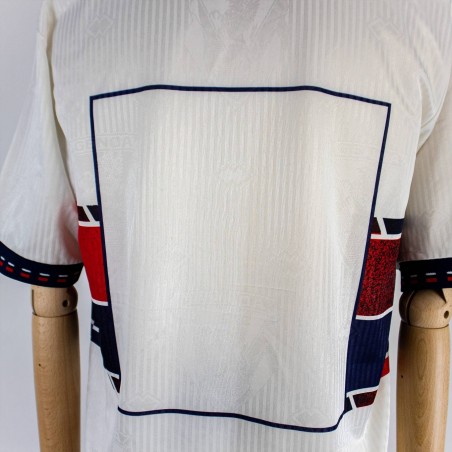 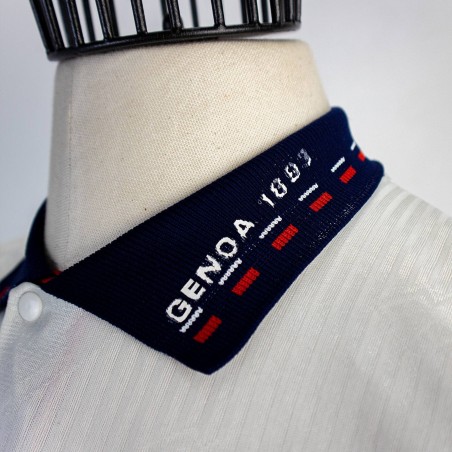 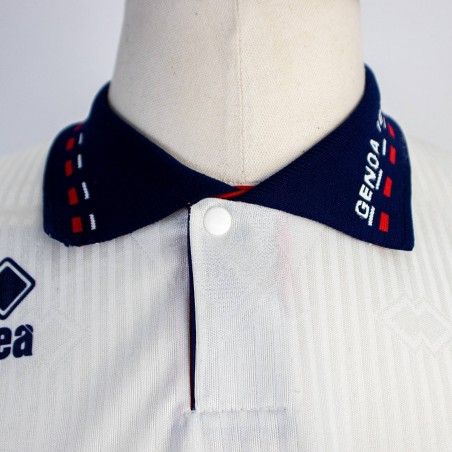 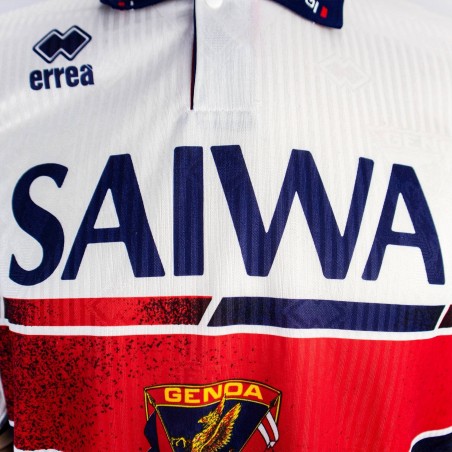 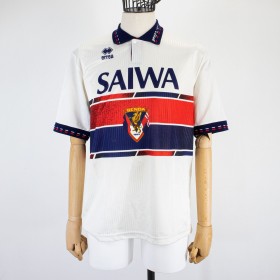 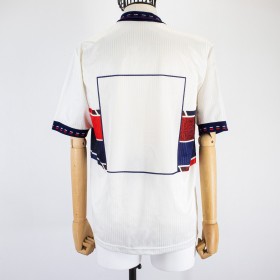 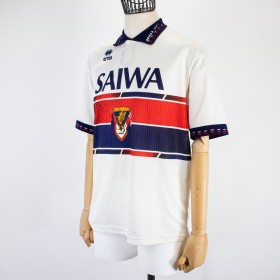 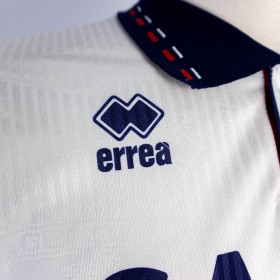 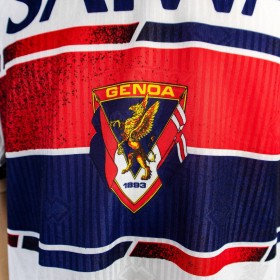 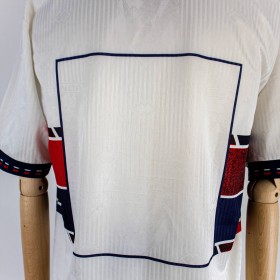 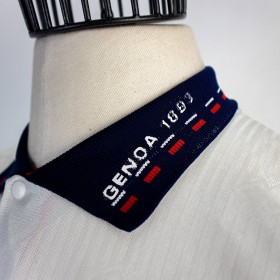 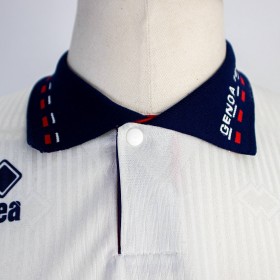 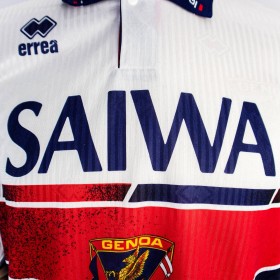 Genoa jersey made by the technical sponsor Errea in the 1992/1993 season. Produced with applications entirely made in the sublimation weave. In good condition, the thermo-applied lettering Genoa 1893 on the collar is damaged

CLASSIFICATION IN THE CHAMPIONSHIP:  13th